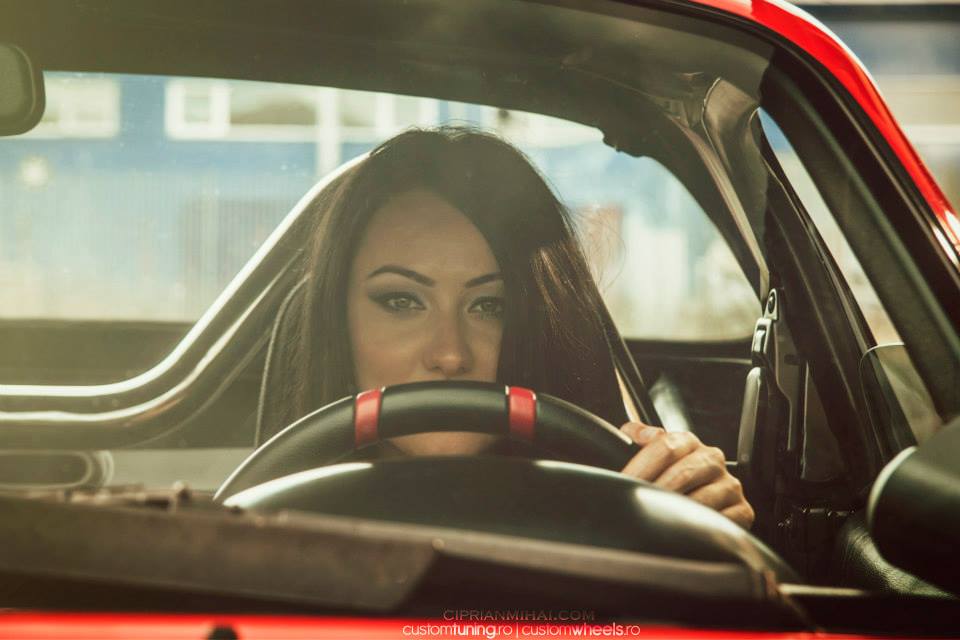 Well, let me tell you a short story. I have been attracted to cars since I was a little girl, I always loved cars that were different, and I always searched for unique cars on the street, hoping that when I’m 18 and I get my driver’s license, I could own and work on my own car. My dream, since I was little, was an Opel Manta, unfortunately I never owned that car because, before I turned 18, I fell in love with a Ford Probe!

It was my first car and it’s still my soul car, I did a lot of work on it, invested all my time and love in it for many years. Later on, I started to tune it and one day I was invited to a few car shows to show my car, I accepted and went. I met a lot of car lovers there and people from whom I learned a lot, sharing the same dream was great! After a few years of going to car shows, there was a drift race in the same area where I was presenting my Ford Probe, and I was amazed how those guys were driving their cars, because I never saw drifting in real life before, just some Japanese footage. I asked a friend of mine if there was a chance for me to sit in the passenger seat for a lap to see how he drives, from the inside. I was lucky the answer I got was yes and I was amazed because for me, this was like going on a rollercoaster. After that lap I knew “Great, this is what I want to learn!” 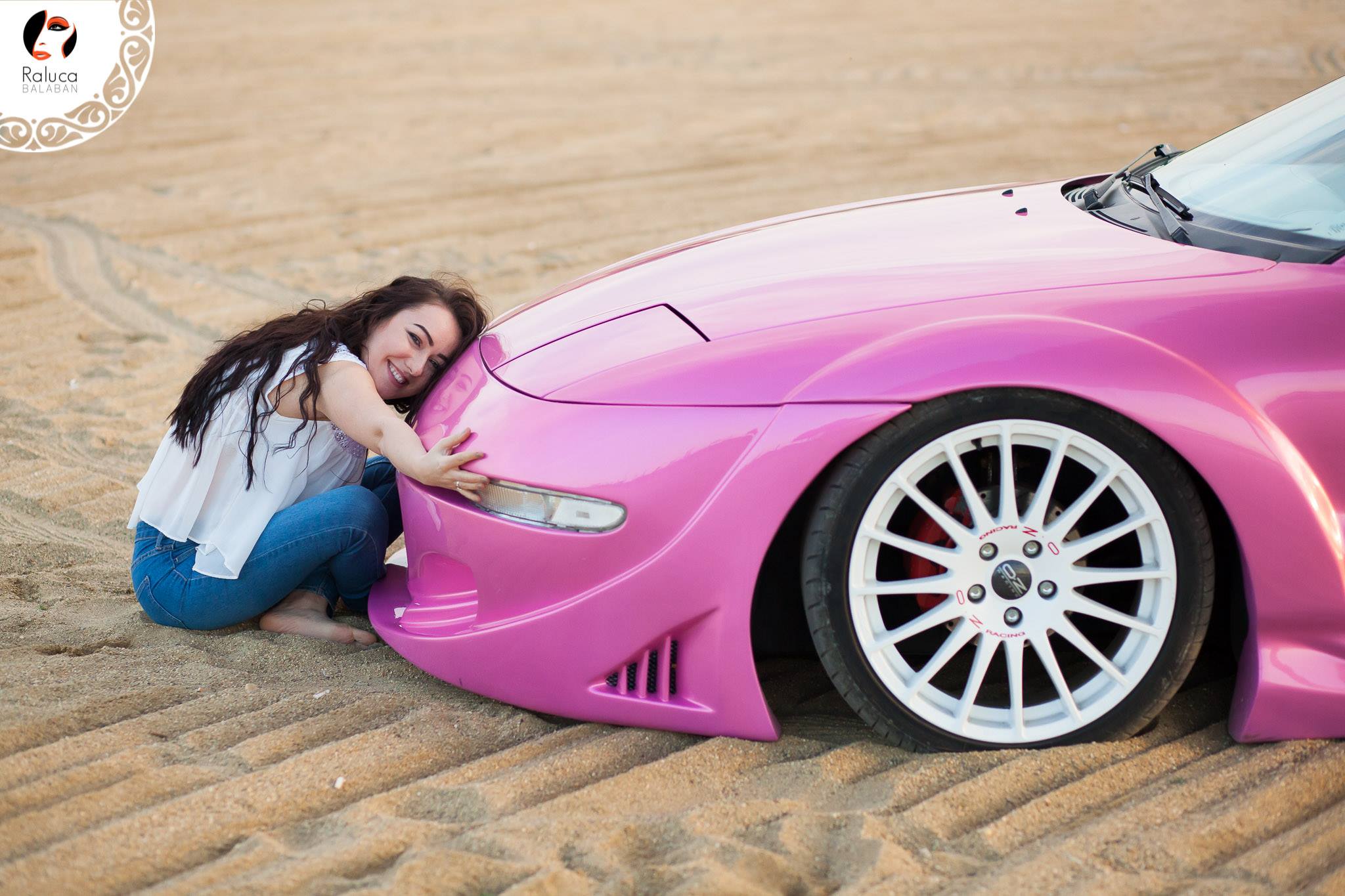 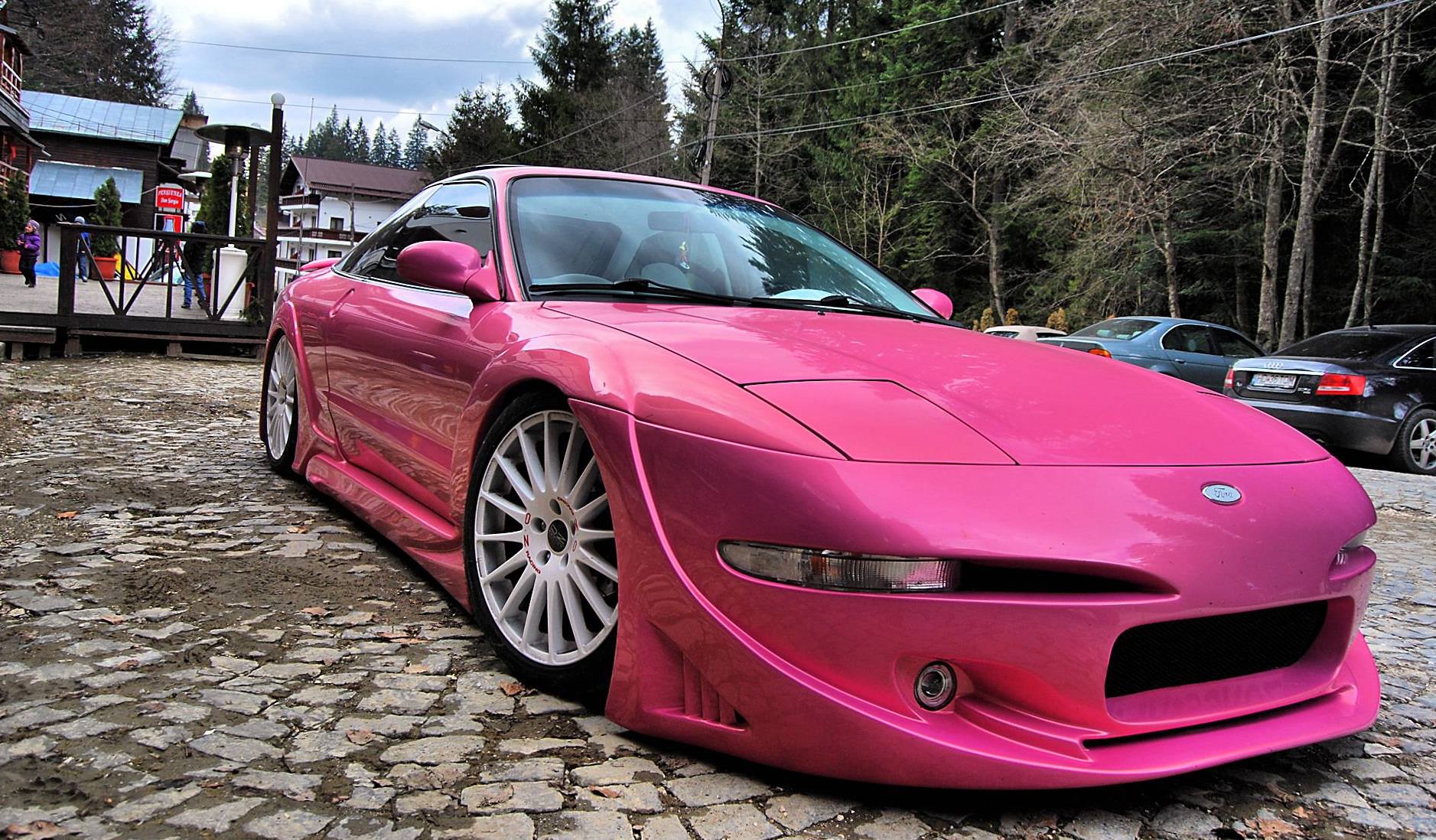 All I knew was that I needed a RWD car and one of my dream cars was a Mazda MX5. Soon enough I bought an MX5, welded the differential and started ‘sliding around’. I must admit, at first, I was very bad at it, I hit the car many times, but I never stopped trying and never stopped pushing myself. I know a professional driving school would have been very helpful, but I could not afford it at that time. Soon after, I realized that it was hard to drift the 115HP MX5 so I started searching online how to tune the engine, but everything I found was too expensive for my budget so I started searching scrap yards for a turbo and other parts I needed. After finding and buying everything, work started. With the parts I bought and a good remap the MX5 now had 183HP, pretty good for a car that weighs just 900kg. Finally, I started to see smoke from my rear tires and started to go harder and harder on the track. But because the level was so high, I knew that if I wanted to compete, I needed a better car set up. So, later on I chose to buy and modify a BMW E30 (with the E39 M5 V8 inside) that I’m still racing now. 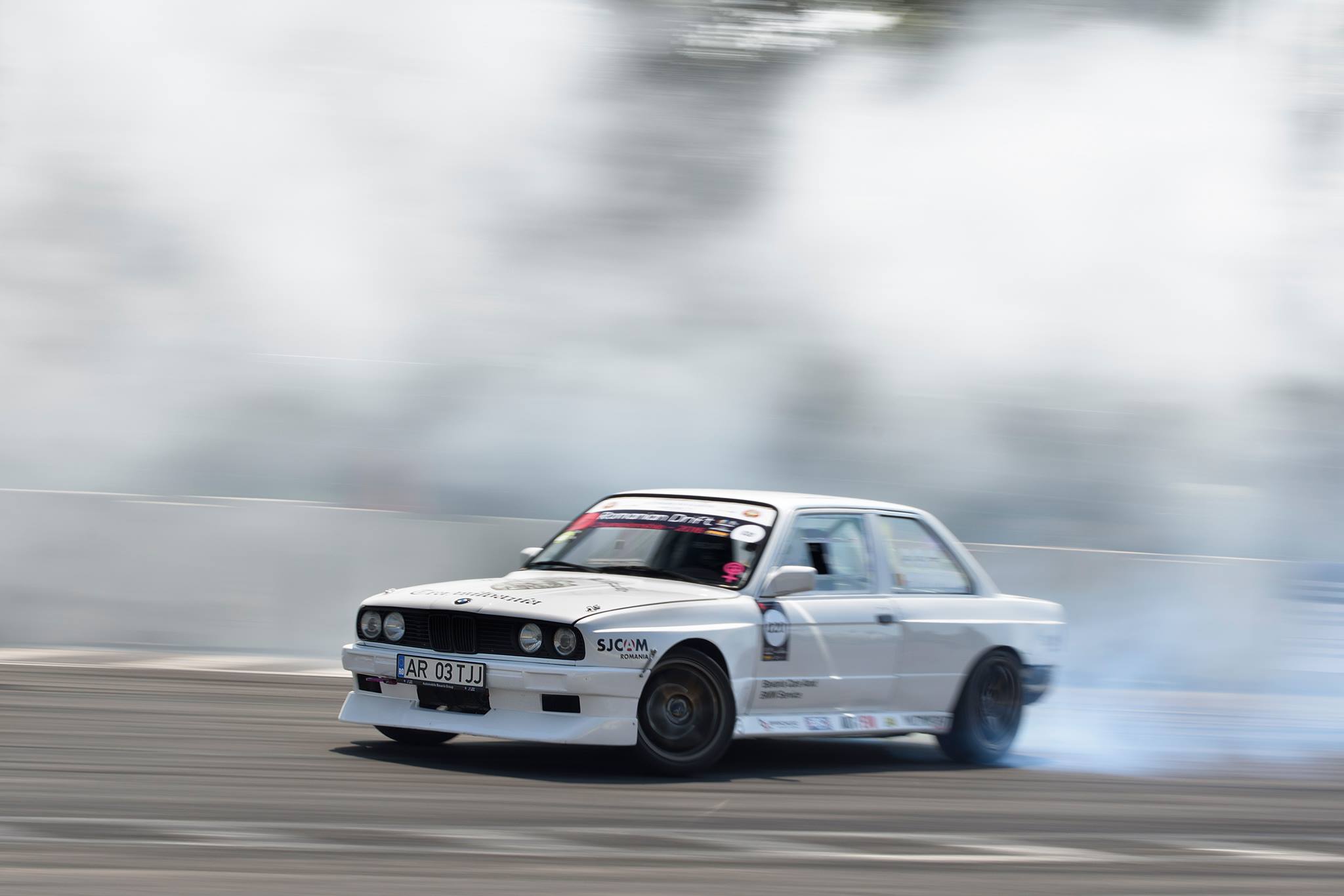 I think the most difficult, but also important thing, is to be focused, and as you reach the top to stay in the top. Winning is what we want to achieve, we want to be good, the passion and fire we all have from the beginning, and as Damon Hill said: “Winning is everything. The only ones who remember you when you come second are your wife and your dog.”. And yes, finding a budget is the most difficult, I learned that to be on top, the passion and fire inside you are not enough, unfortunately ... motorsport is in it’s own an expensive sport, that’s a given. But that is what makes motorsport such an awesome spectacle and something to be a part of. 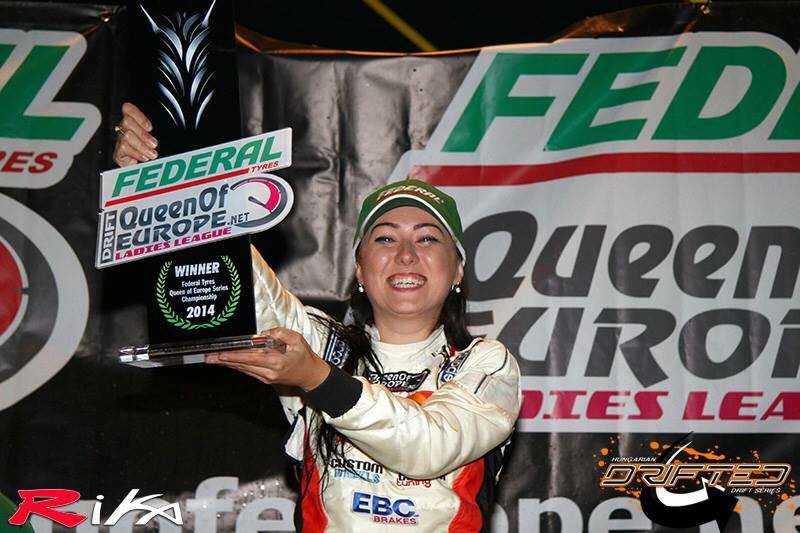 I would like to become a driving coach. I really adore the BMW Driving Experience program and I would love to be part of it as one of their coaches/instructors. I am sure I could bring something new and useful to that program.

Well to be honest, and I hope my friend doesn’t read this, I don’t like to drive the VW Passat he owns, it's tuned and really fast but one thing that’s missing from that car is handling. I drove some good/fast cars, but the best feeling I always get from my little Mazda Miata MX-5 the NA series, is still the best. I tuned it in such a way that we are a perfect match. She now has the same original engine (as a base) with the turbo swap rebuild and now the engine has around 300+ HP - she feels like a GoKart. I adore driving her on the road and on track! 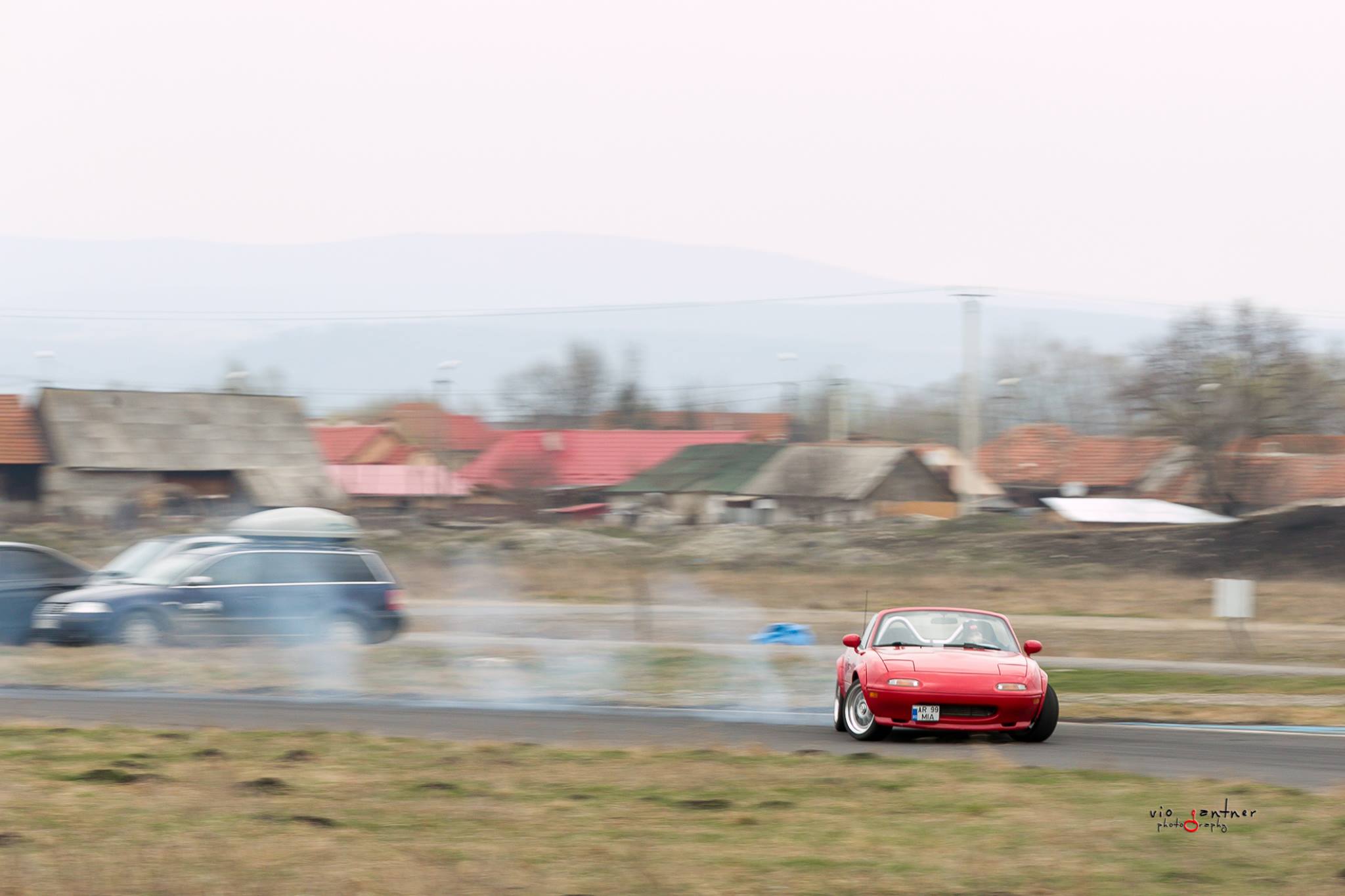 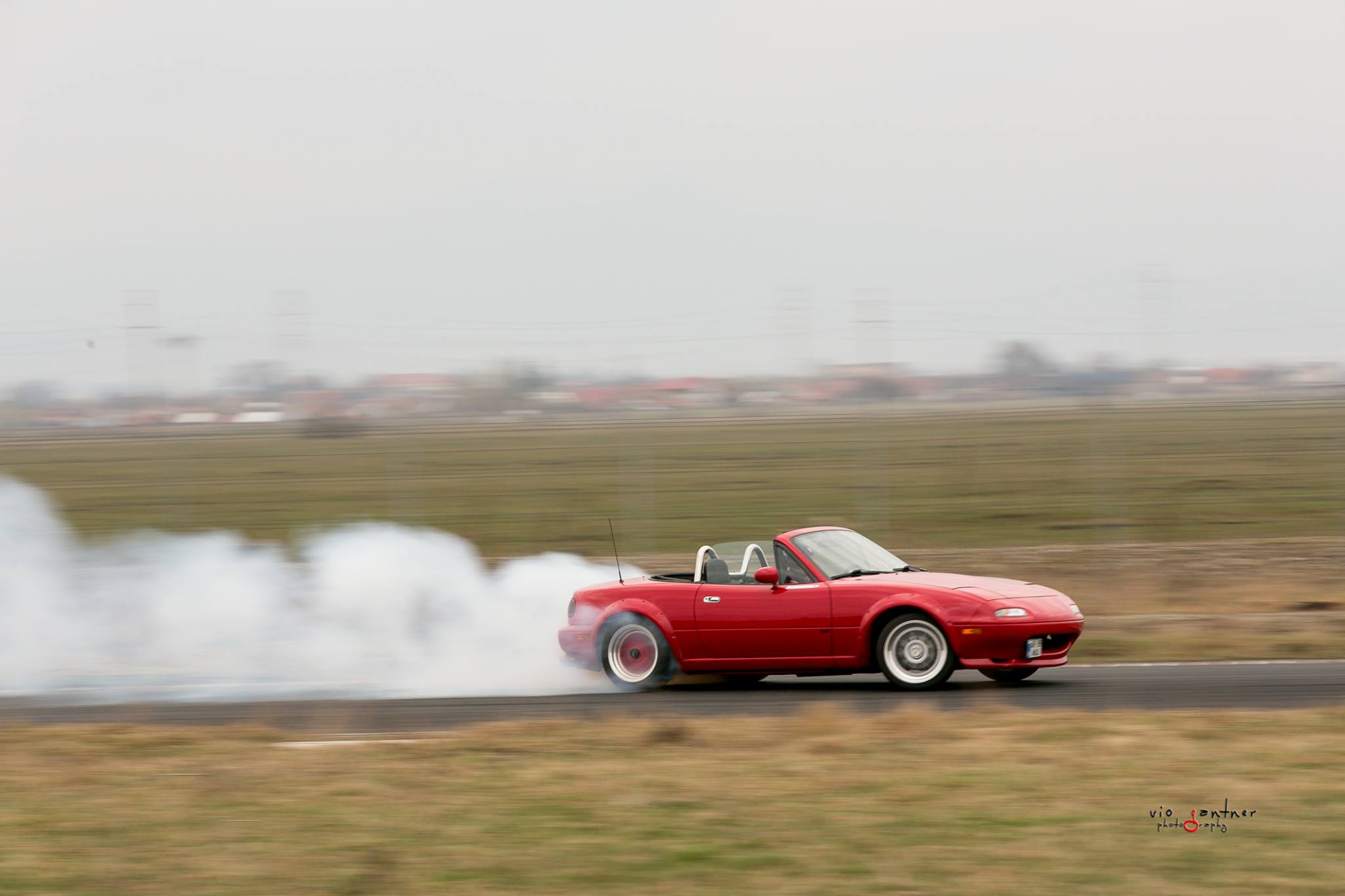 Lots of protein to keep me strong.

I don't think I really own them, they own me. As I said in the beginning I own a Ford Probe (we have been "together" more than 13 years now), the Mazda Miata (the fast lady in red), one Subaru Impreza GC8 which I still struggle to drive in a professional way, with which I competed 2 years in a row at Covasna Winter Rally. The BMW E30 which is prepared for drifting only.
One of my dream cars which I just managed to get, the Corvette C3 and the last but not least is one BMW E92.

Except for the BMW E30 which I only use for drifting, the rest of them are daily cars. Strange, I know, but they are amazing to drive, not only to look at. 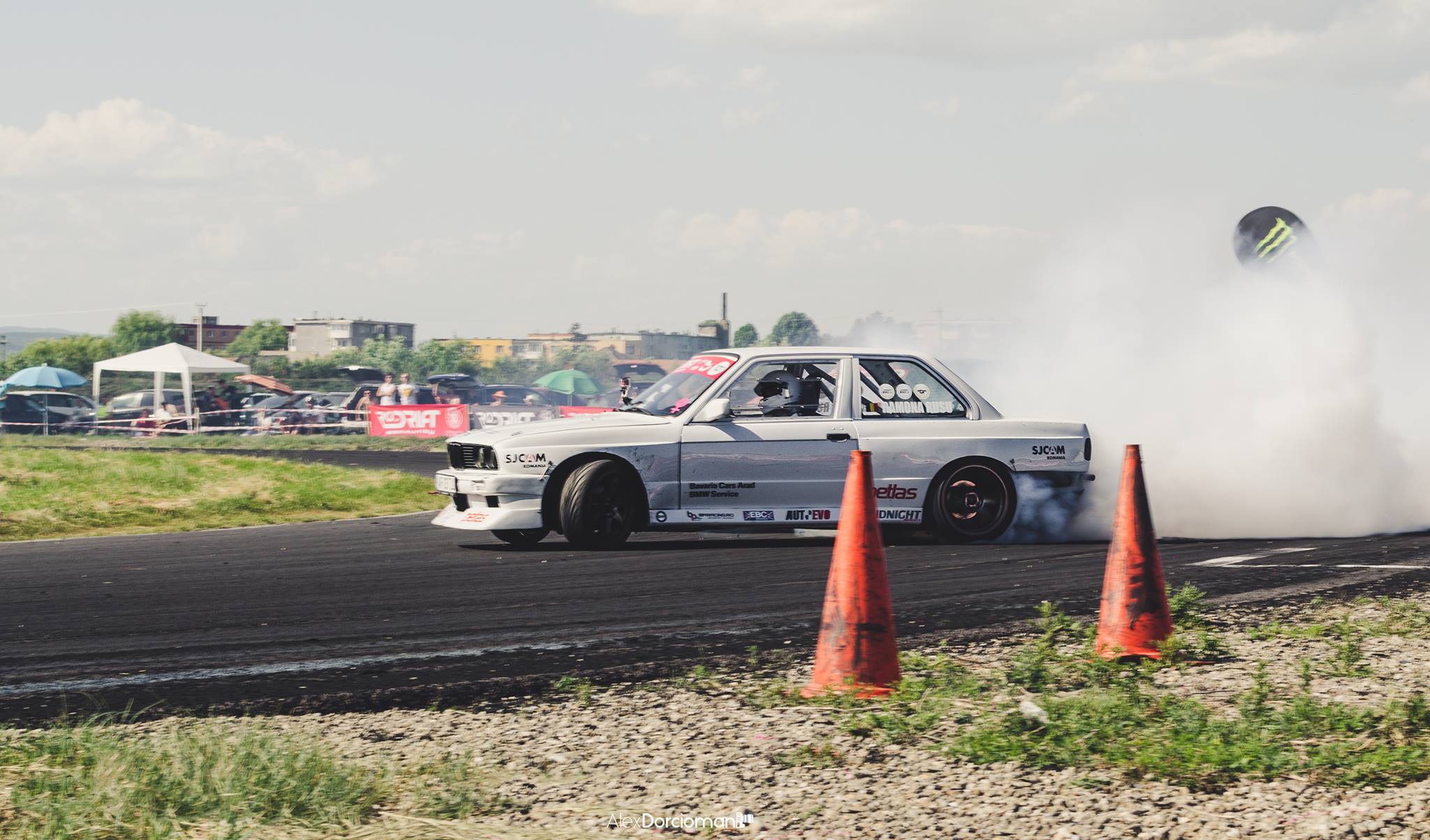 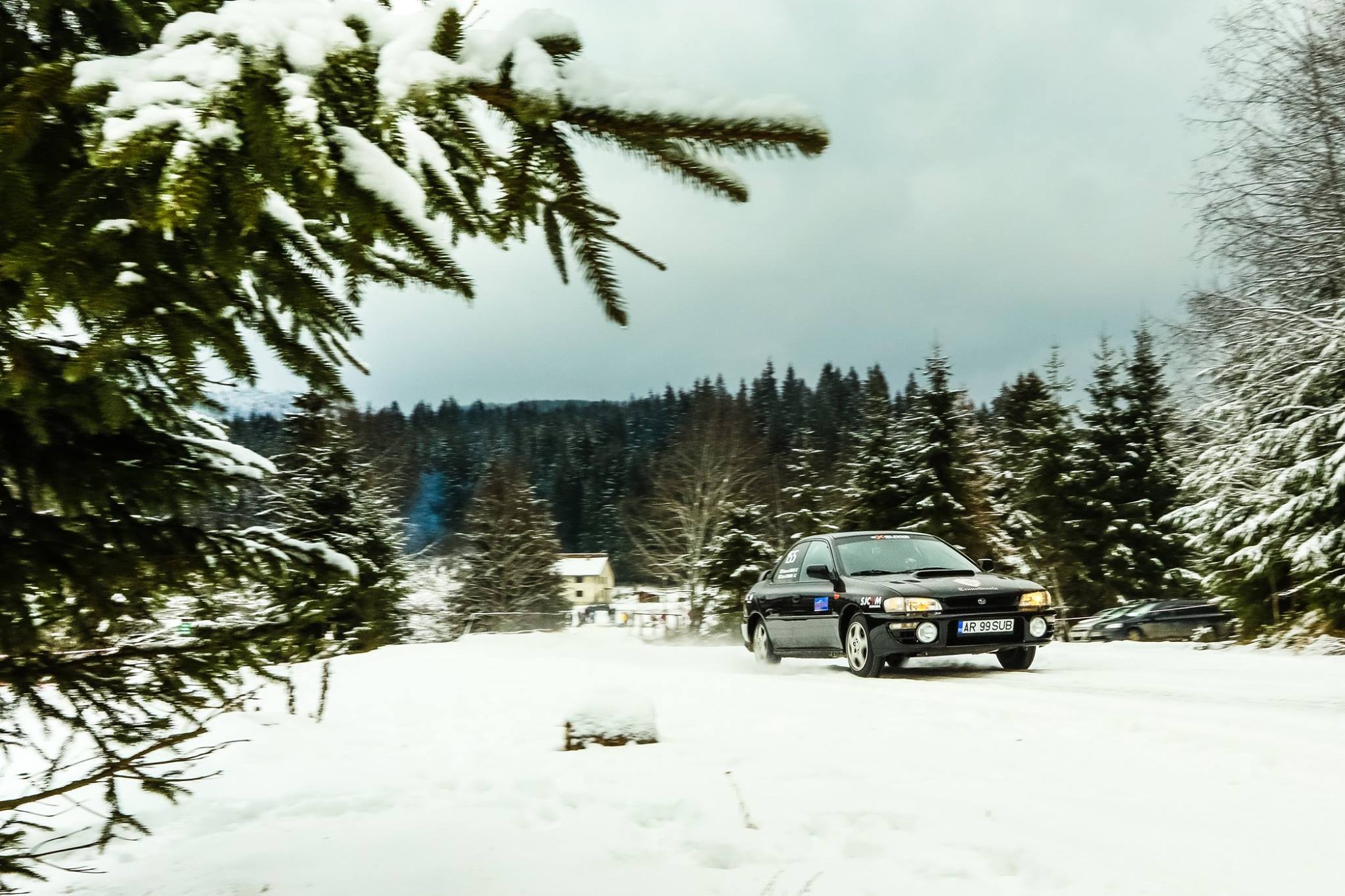 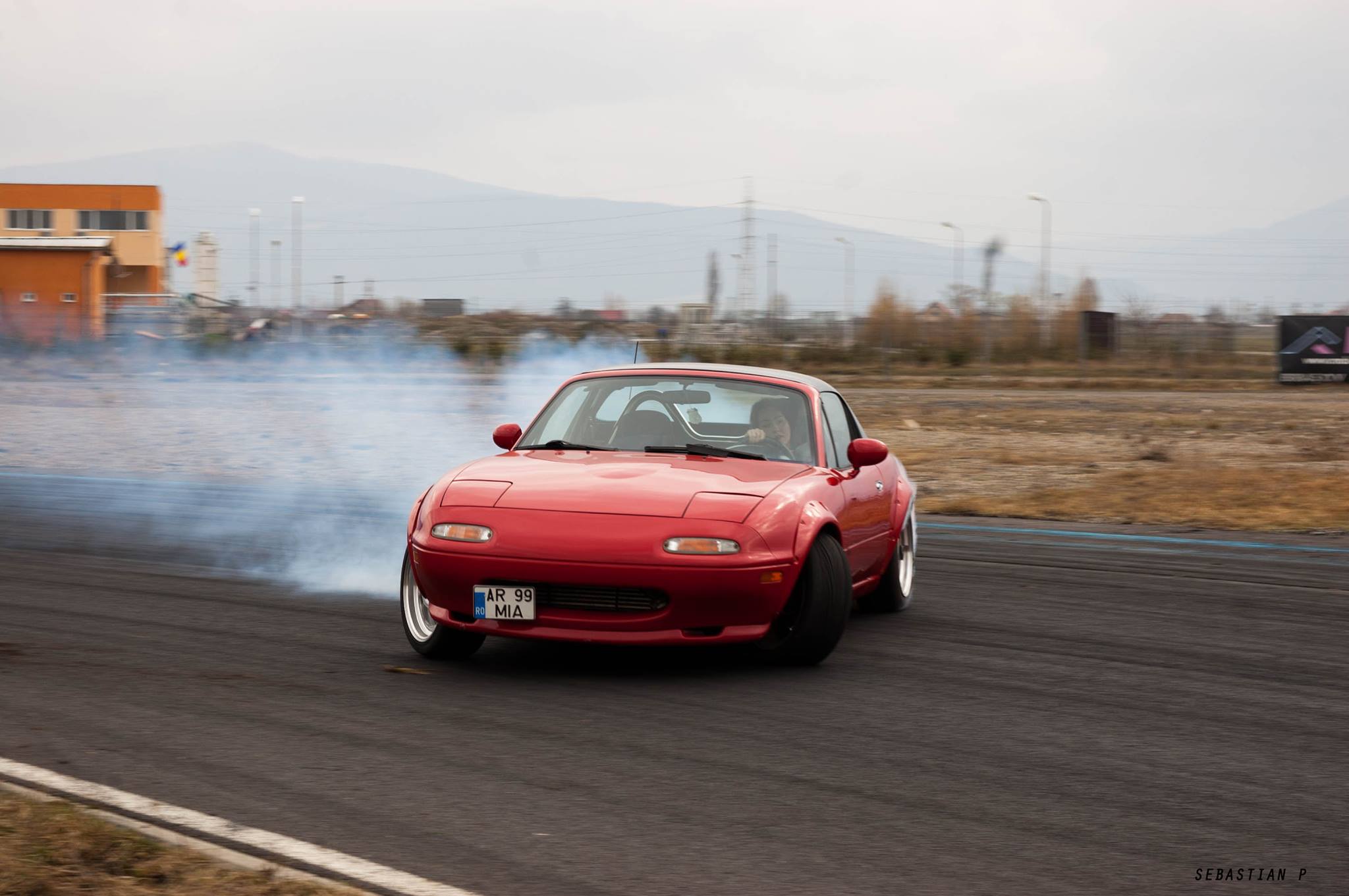 I could never choose just one ...
Many brands make, and have made incredible cars. Some cars just speak to you, because they are special, have character. If you limit yourself to a certain brand or country of origin, I think you’ll miss out on a lot of good cars! I actually have more cars and I still have a lot of dream cars I hope to get in the future, so no, I’m not brand-loyal at all! Besides the Corvette C3, which I just bought, I would like to get a ’71 Dodge Challenger (that I still don't own) and I could still add a lot more to my list. Just like I said before, I’m not loyal to any brand, at all!

No, never had any.

Almost all of my cars are RWD and I must admit I like RWD, but a big dream of mine is to learn and be very good at controlling an AWD car.

Why be someone else if you can be a better you? I would like to be a better me, all the way. 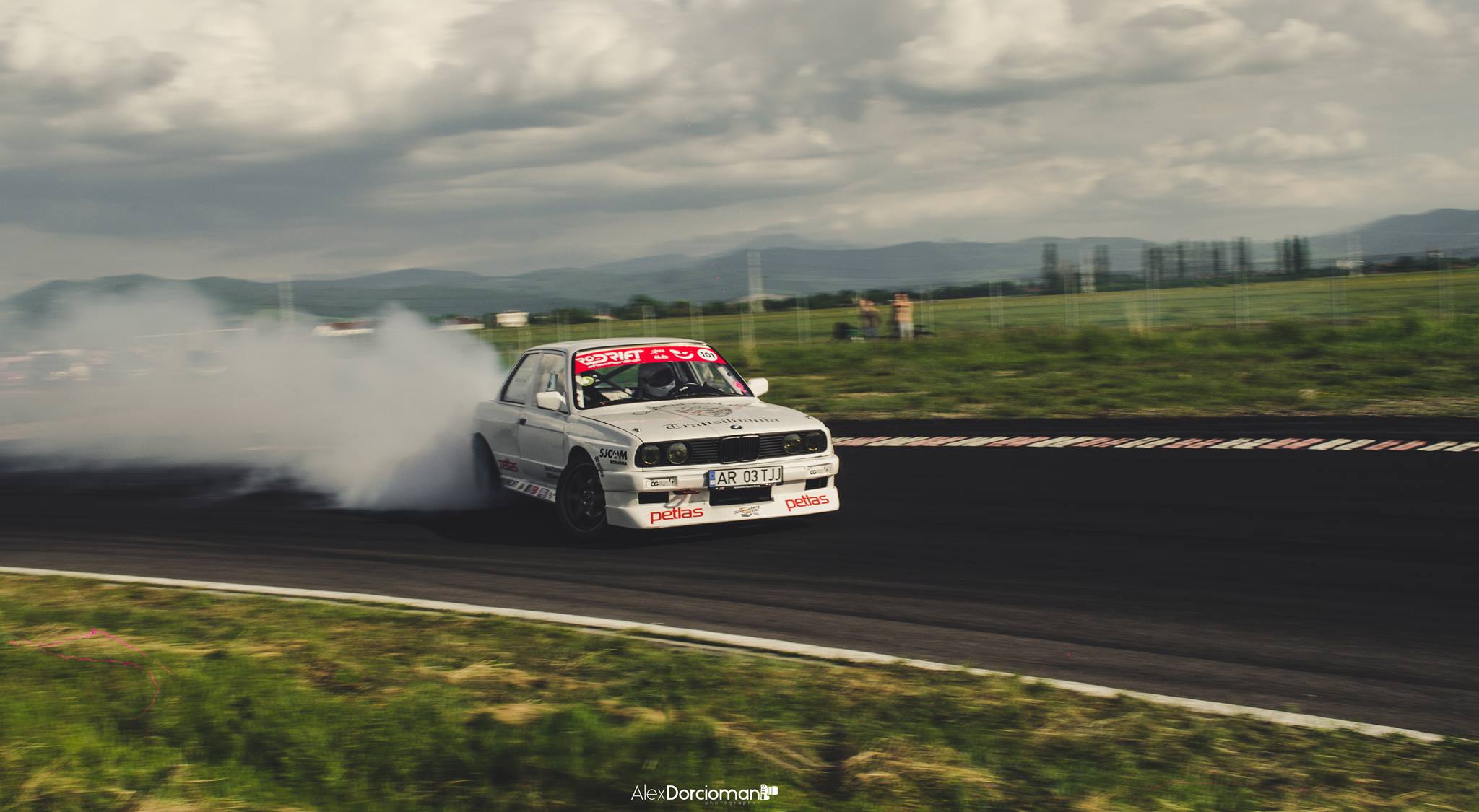 Thank you Ramona! We really appreciate you taking part in our interview series. Good luck in your racing career and we can't wait to see you live again!