The new BMW M5 takes BMW M GmbH into new territory, with M xDrive all-wheel drive featuring in the high-performance sedan for the first time. This change of tack sees the M5 exploring new dynamic dimensions and offering greater everyday practicality in all driving conditions. The new car is committed to building on the tradition of a concept – the luxurious four-door business sedan with a taste for the race track – first glimpsed in 1984 with the original BMW M5. 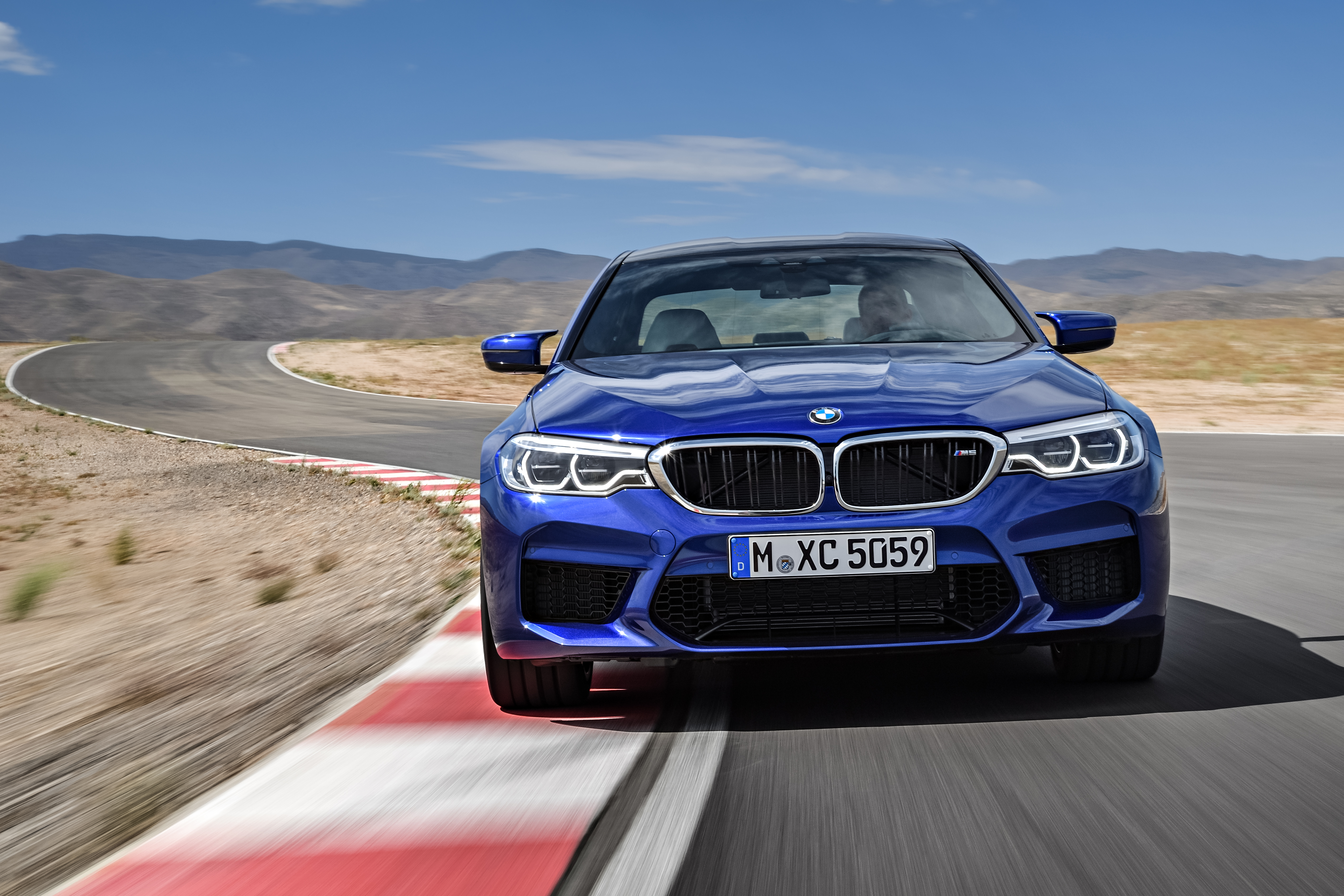 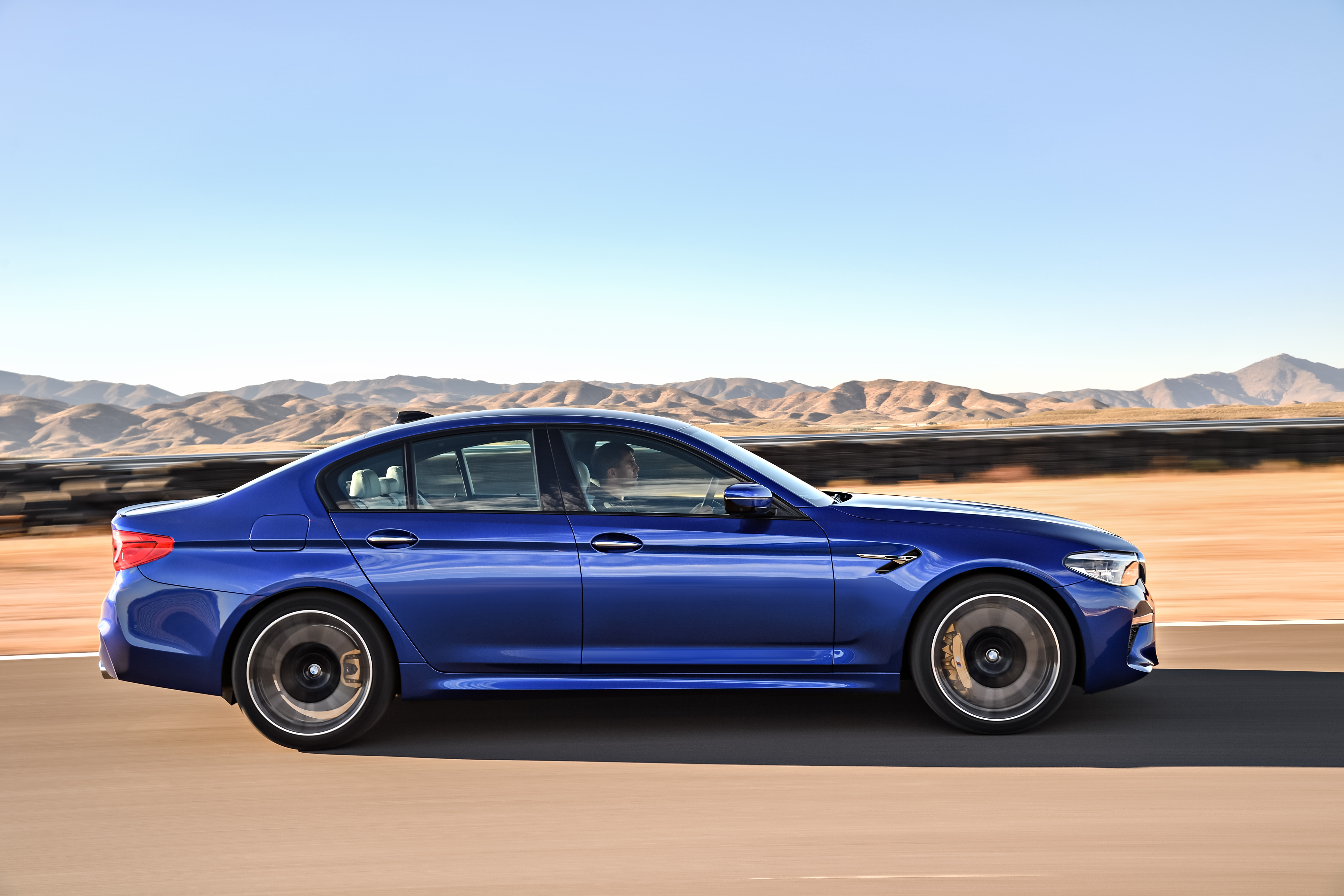 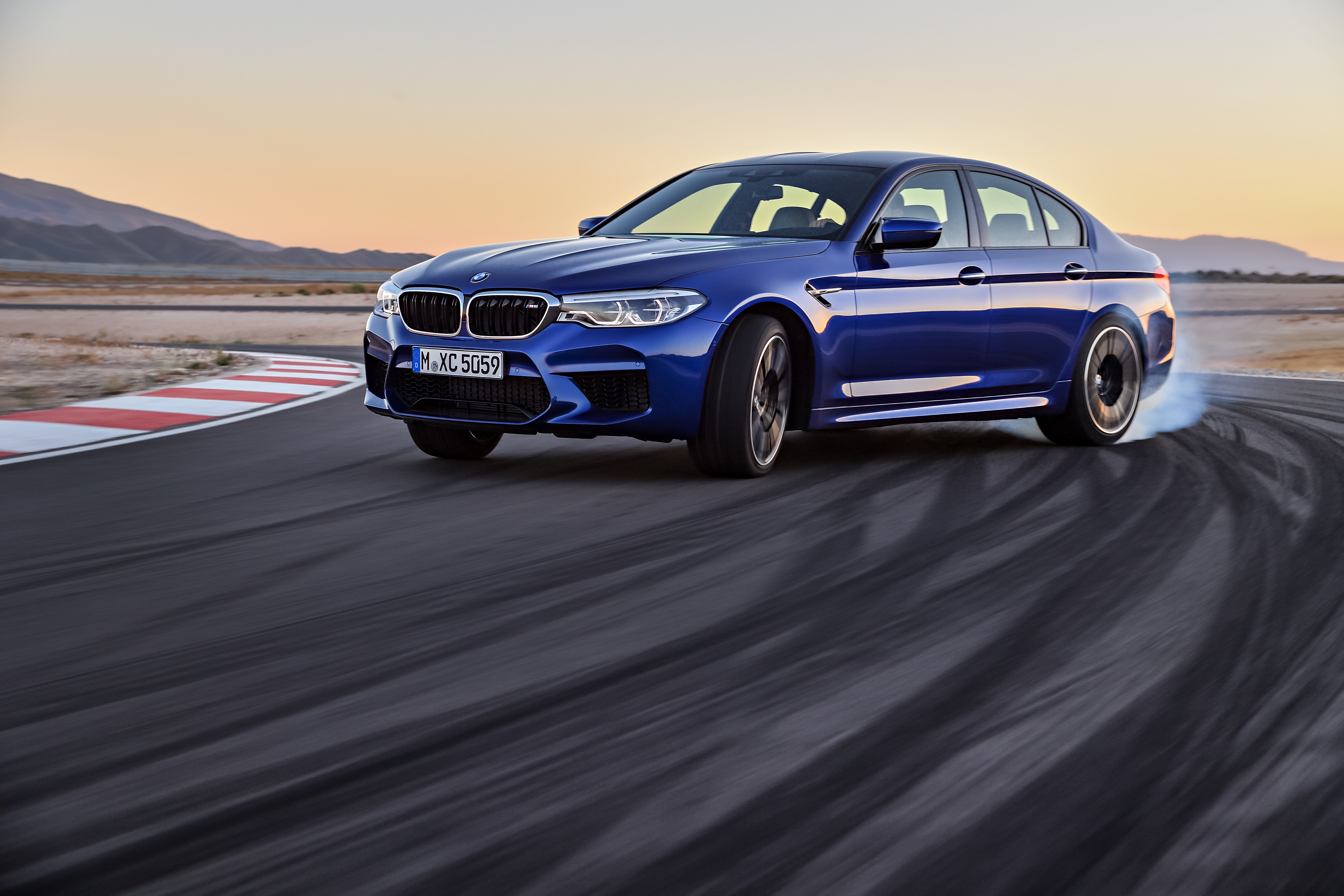 The new M xDrive developed by BMW M GmbH is the most emotionally engaging all-wheel-drive system yet to grace the high-performance segment. It works with a central transfer case with multi-plate clutch and distributes drive fully variably between the front and rear axle, as required. Another ingredient in the car’s supreme traction in all road and weather conditions is the Active M Differential at the rear axle, which also works fully variably and has a locking effect between 0 and 100 per cent. 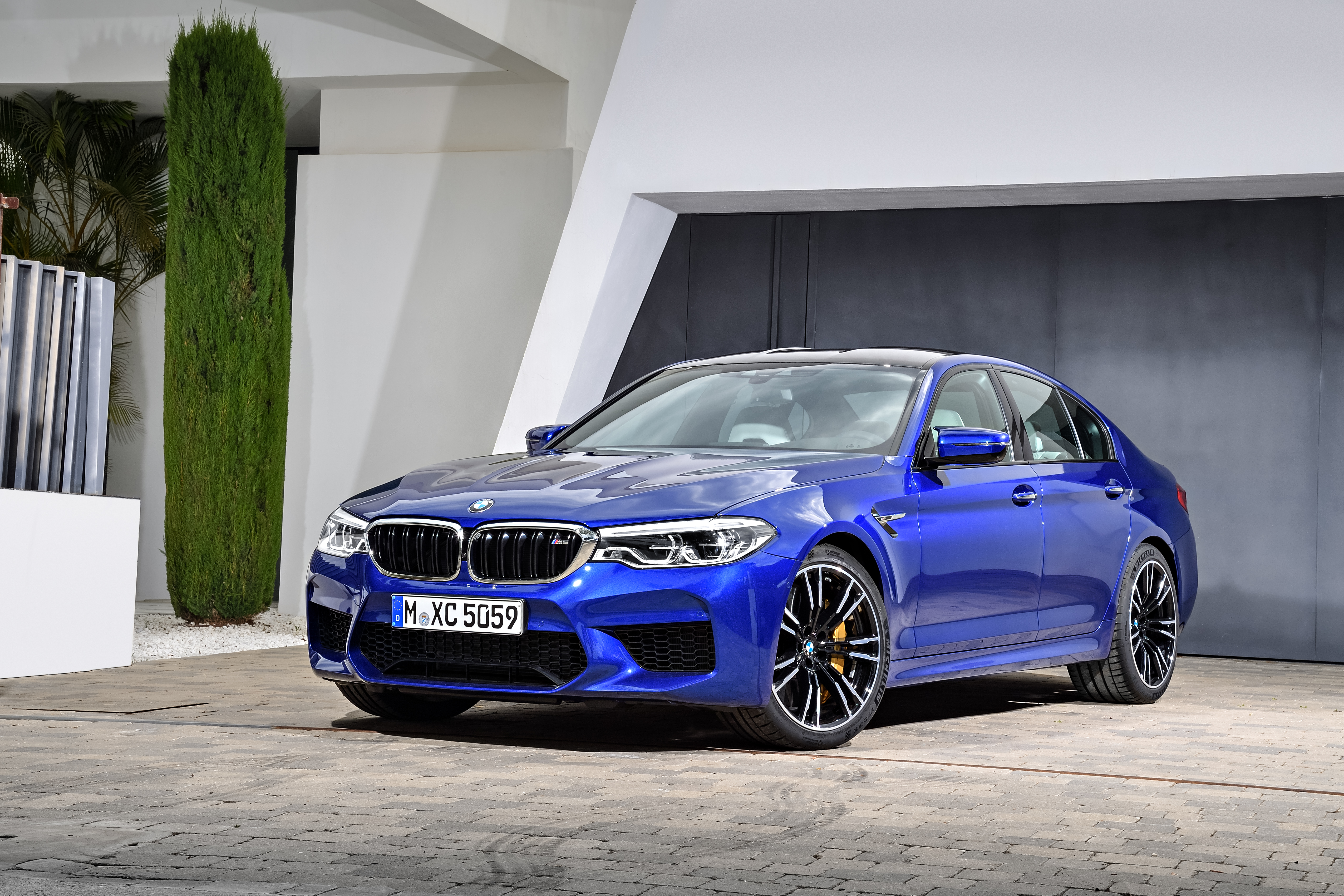 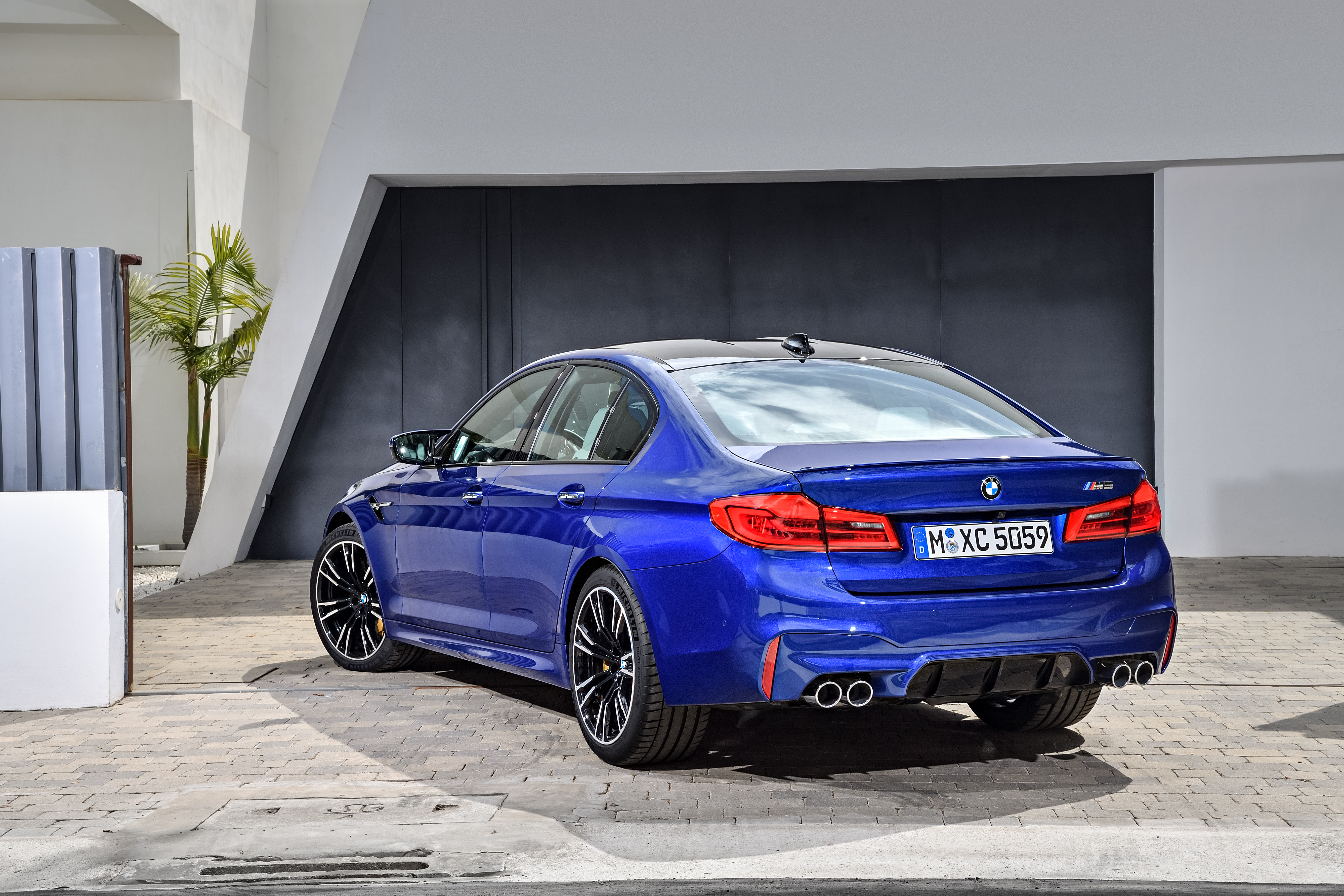 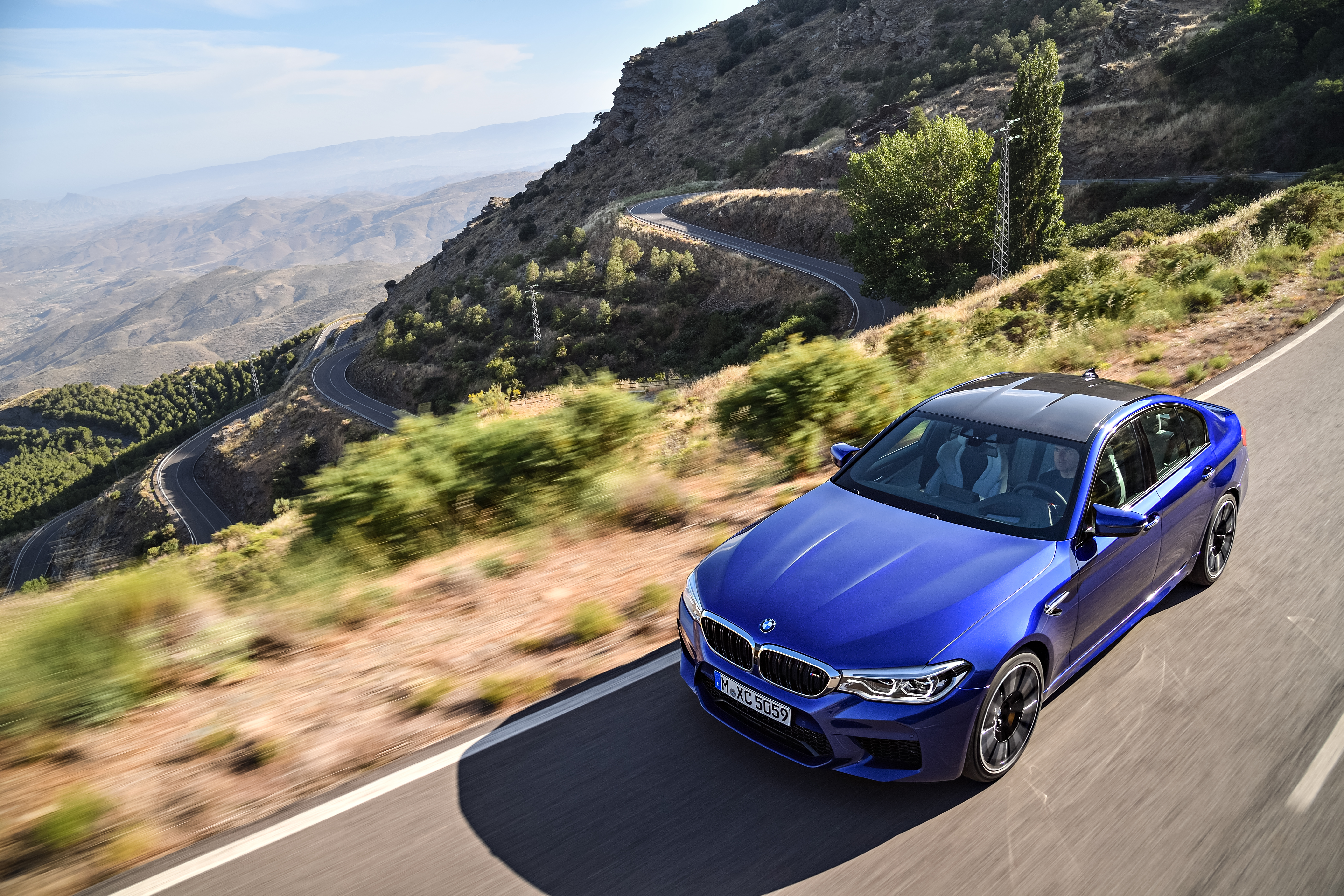 The character of M xDrive can be adjusted as desired. The driver has five different configurations to choose from based on combinations of the DSC modes (DSC on, MDM, DSC off) and M xDrive modes (4WD, 4WD Sport, 2WD). In the basic setting with DSC (Dynamic Stability Control) activated and 4WD, the system permits slight slip through the rear wheels when accelerating out of corners – and therefore plays its part in giving the new BMW M5 its sporting agility. In M Dynamic mode (MDM, 4WD Sport) M xDrive allows easily controlled drifts. The three M xDrive modes with DSC switched off have been conceived to sate the appetites of keen drivers and primarily for use on the track. Here, the driver can choose from three configurations up to and including pure rear-wheel drive (2WD). This mode allows the driver to pick their own drift angle and treats connoisseurs to driving dynamics in their purest form. 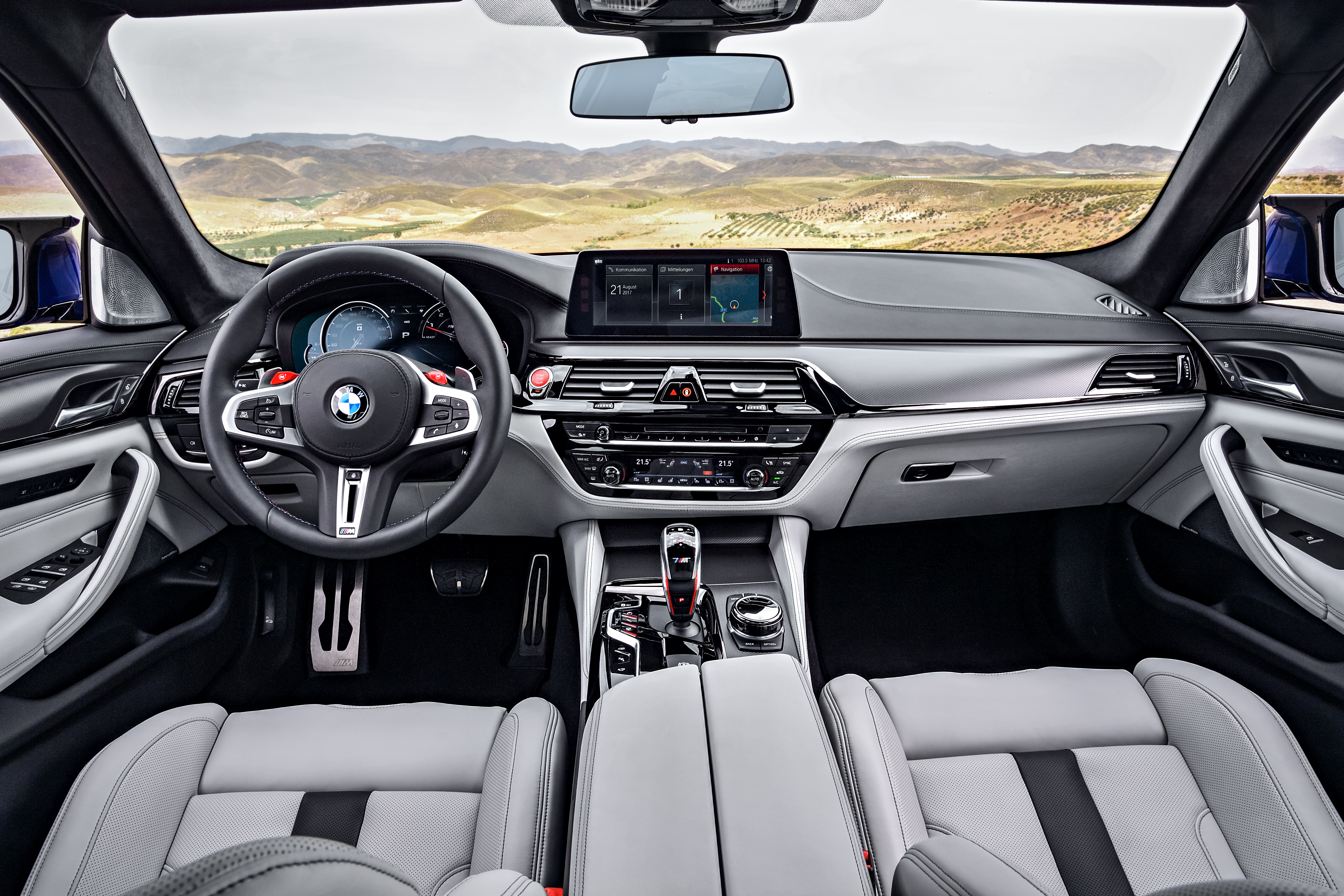 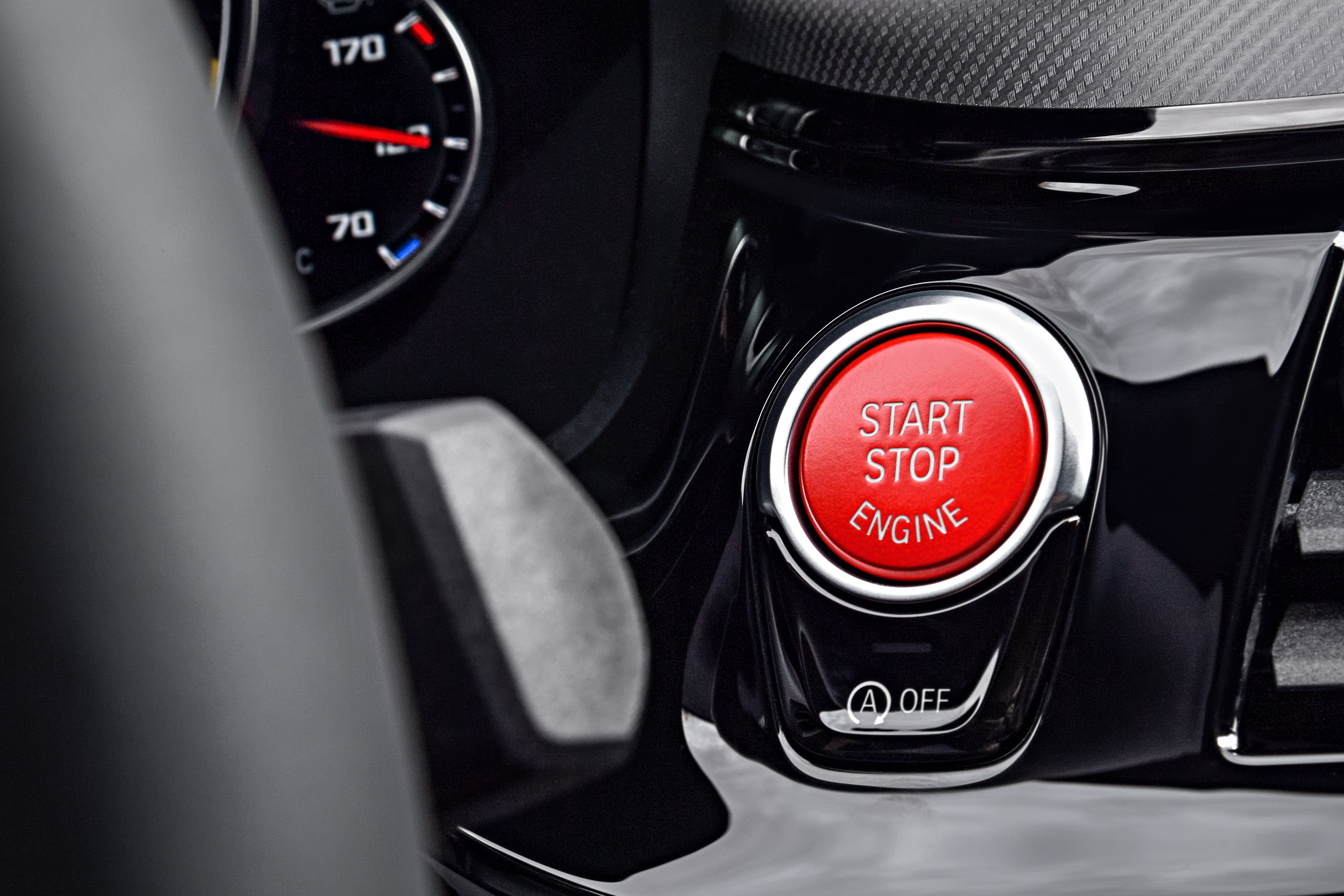 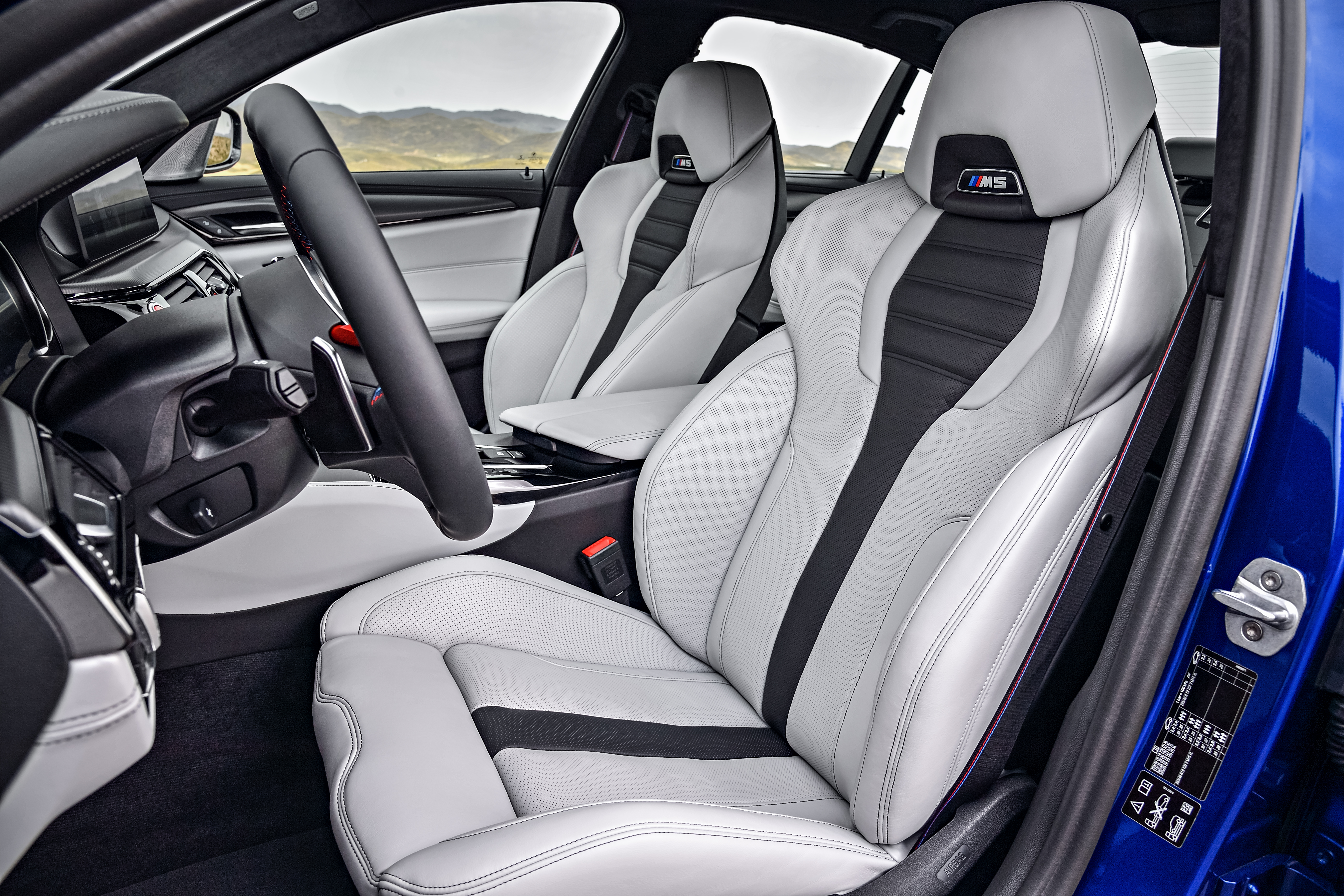 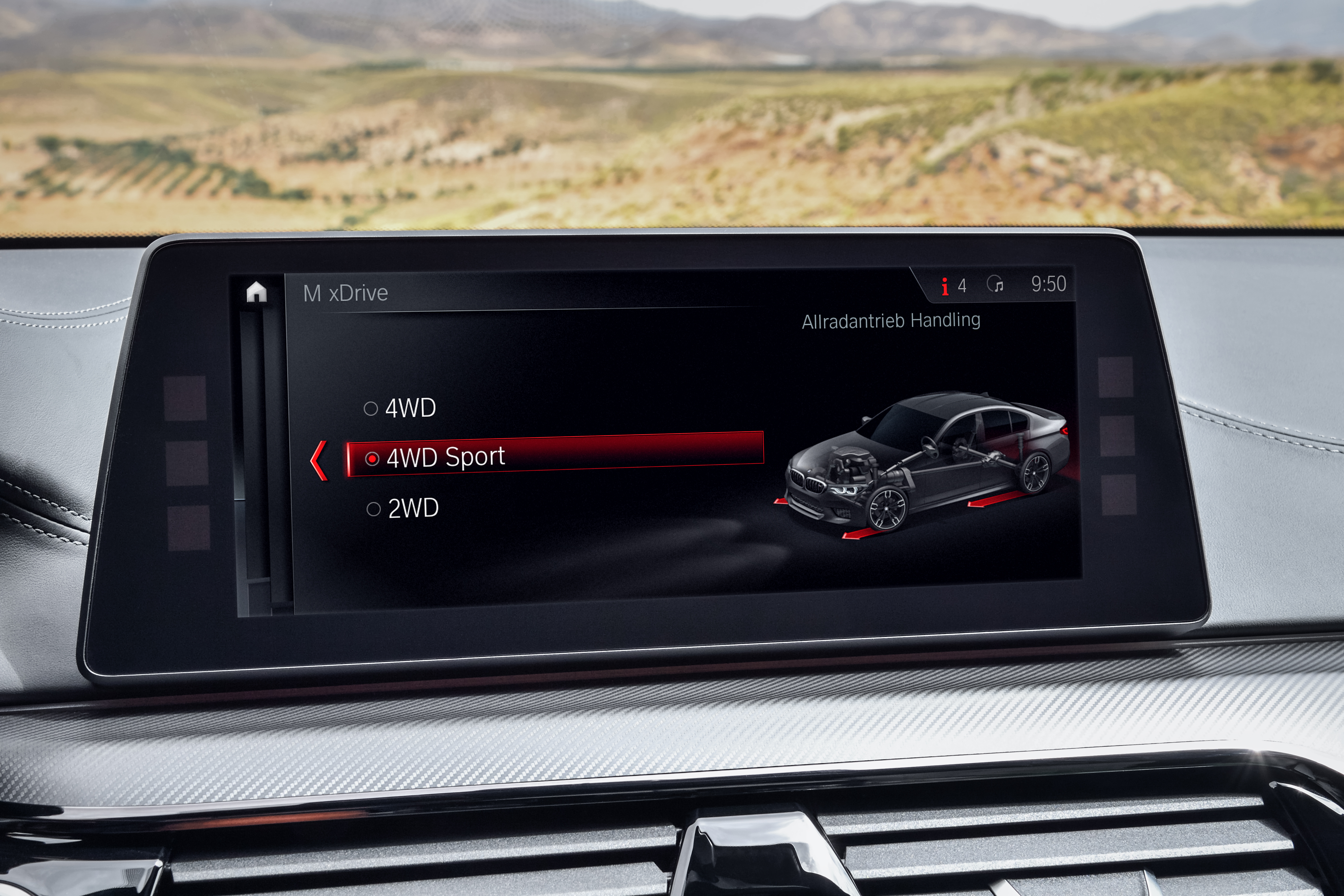 Providing ample power for the new BMW M5 is a 4.4-litre V8 bi-turbo engine with M TwinPower Turbo technology. The M engineers have carried out significant revisions to the outgoing model’s power unit. For example, newly developed turbochargers, ultra-efficient indirect charge air cooling and increased fuel injection pressure together help to raise output and, above all, torque. The engine develops 441 kW/600 hp at 5,600 – 6,700 rpm, while a monumental 750 Nm (553 lb-ft) of torque is placed at the driver’s disposal from as low down as 1,800 rpm and remains there until 5,600 rpm. A map-controlled, fully variable oil pump ensures oil is supplied as and when the new BMW M5 needs it, even on the track. The car’s impressive performance figures speak for themselves: 0 to 100 km/h (62 mph) in just 3.4 seconds, 0 to 200 km/h in 11.1 seconds (124 mph). Top speed, meanwhile, is an electronically limited 250 km/h (155 mph), but the optional M Driver’s Package can keep the fun coming to 305 km/h (189 mph). 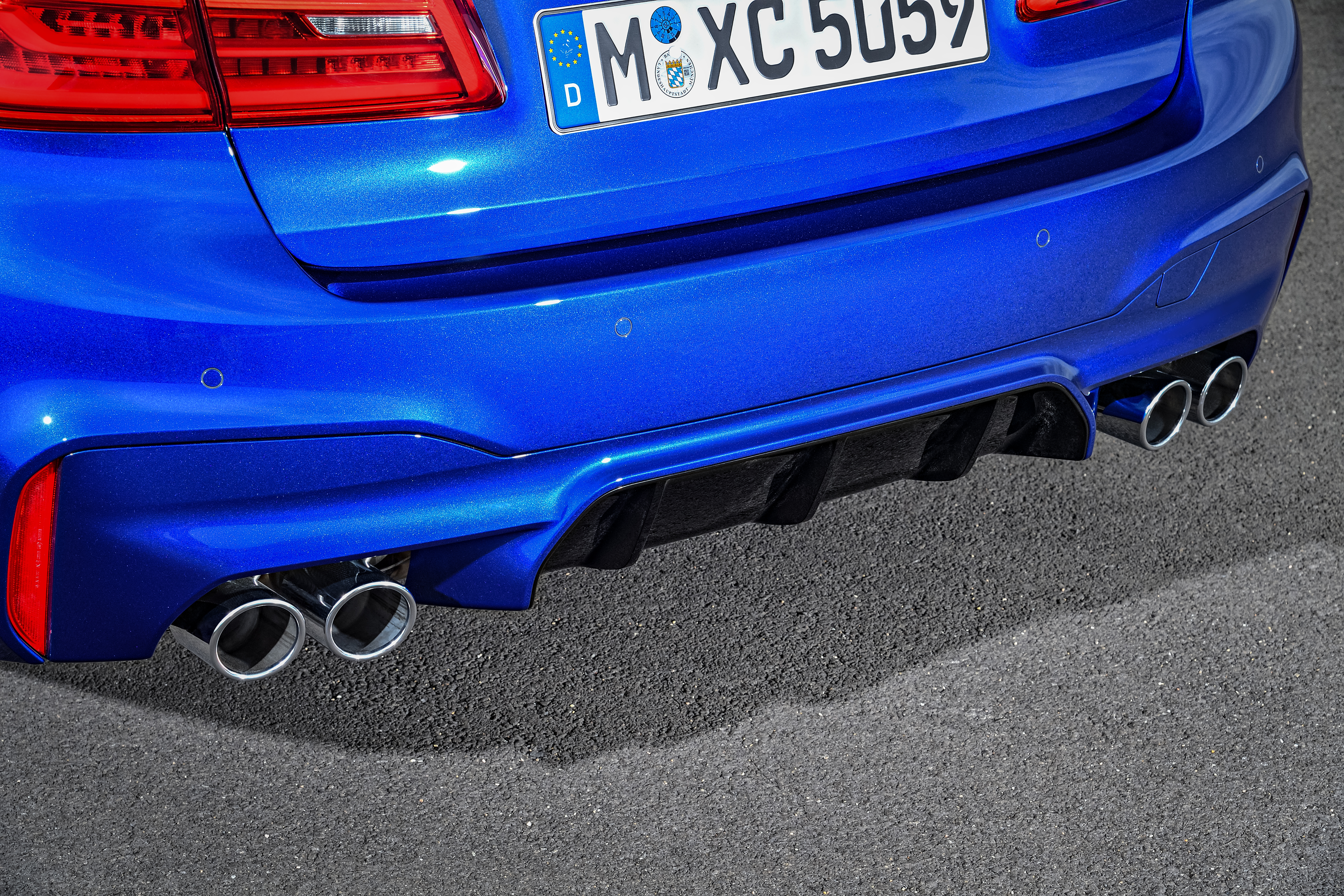 The new BMW M5 channels all that power through a specially tuned eight-speed M Steptronic transmission with Drivelogic. In D mode it provides all the comfort and convenience of fully automatic gear changes, but can then also switch to sequential manual shifts. The driver can do this using either the compact selector lever on the centre console or the steering wheel-mounted paddles. Drivelogic allows the driver to adjust the transmission’s characteristics to their personal preferences. For track use, the eight-speed M Steptronic unit serves up lightning-fast shift times, helping to give the new BMW M5 its exceptional agility and dynamic flair. 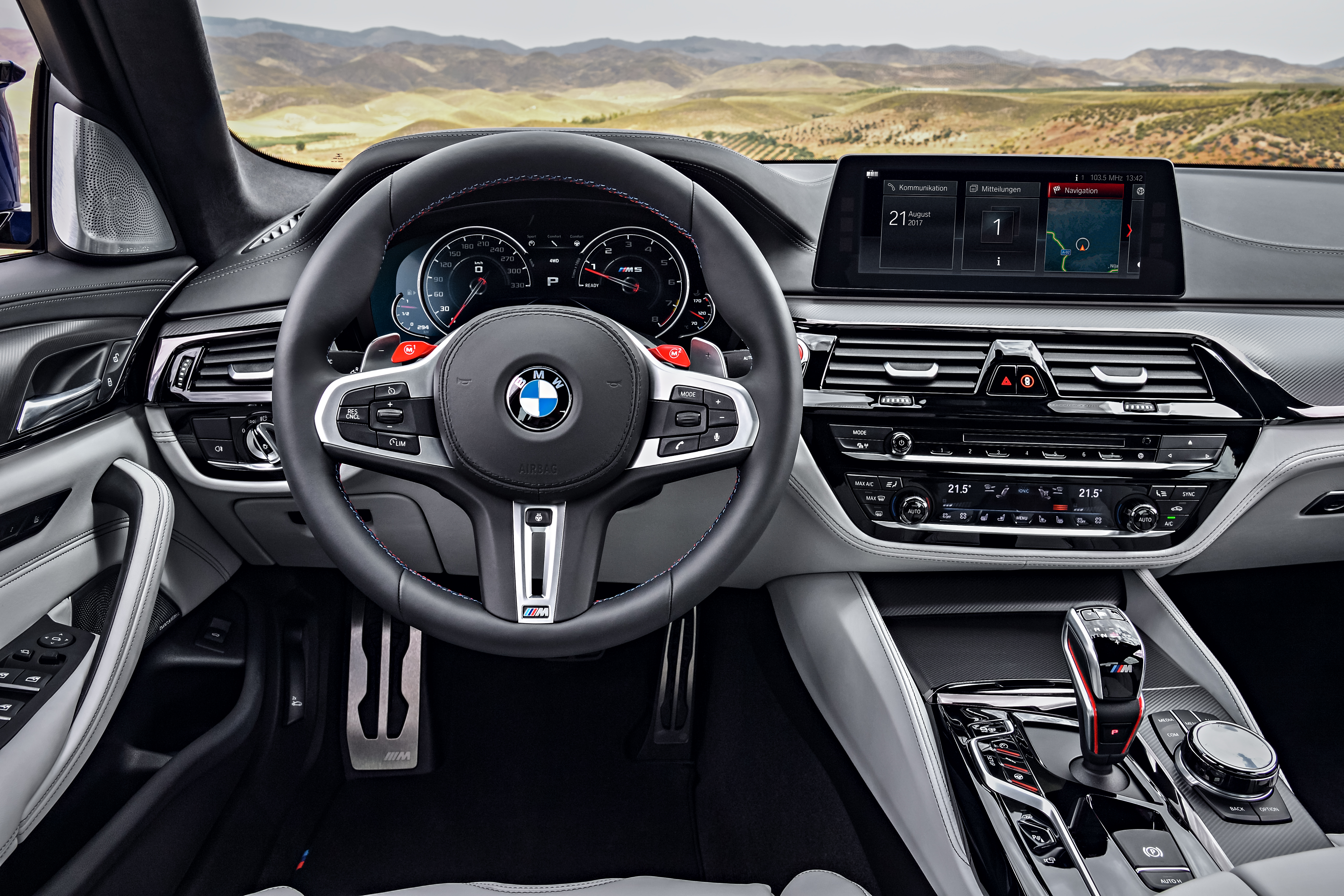 The suspension of the new BMW M5 is likewise designed to deliver both maximum traction for everyday use and supreme dynamic performance on the track. Like the engine, transmission and M xDrive system, it has been tuned by experts and racing drivers at venues including the world’s most exacting test facility – the Nürburgring Nordschleife circuit. Sophisticated stiffening elements in the front and rear structures ensure the body structure is extremely rigid and therefore that the car provides instantaneous feedback, in particular when the driver is pushing hard on the road or track. 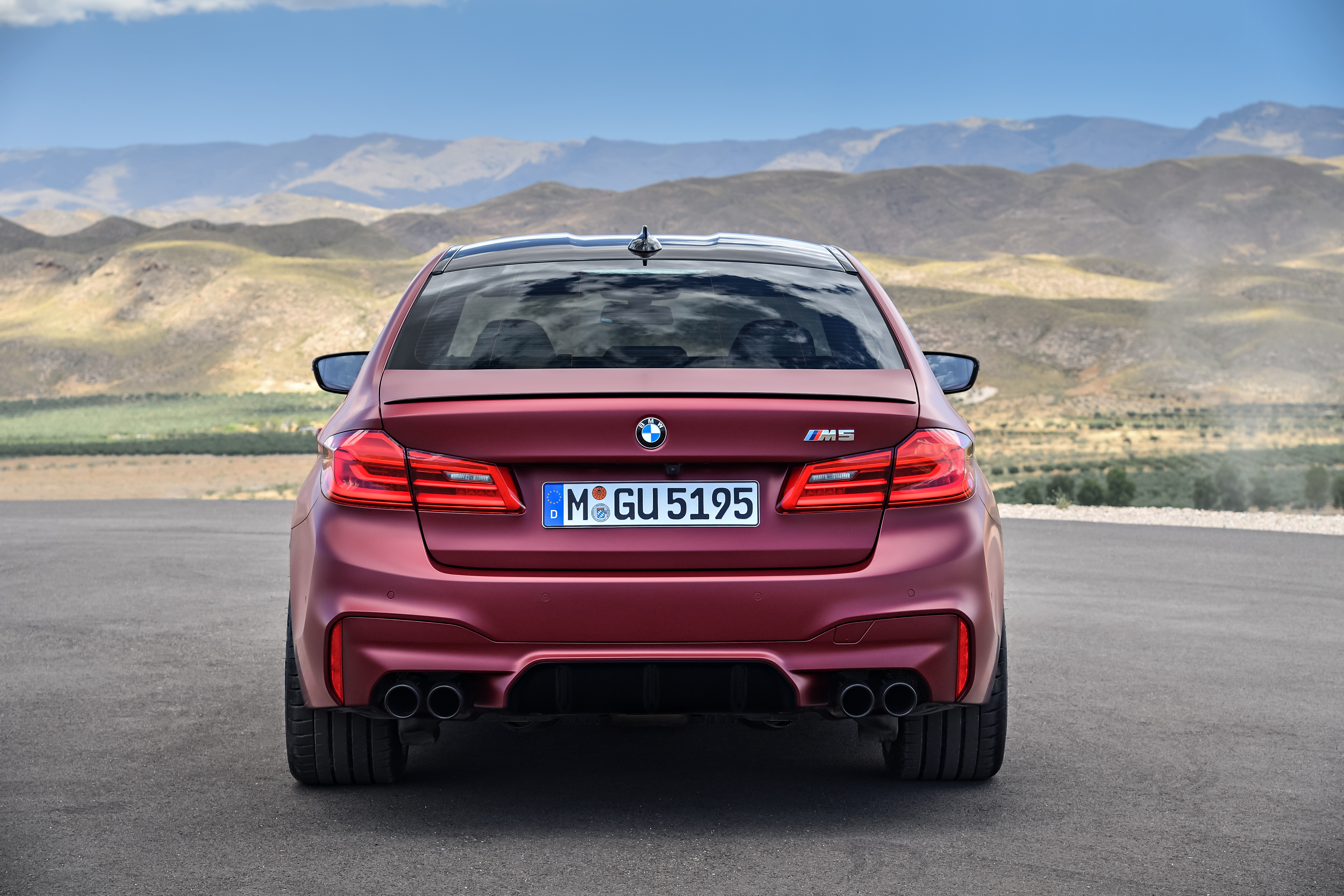 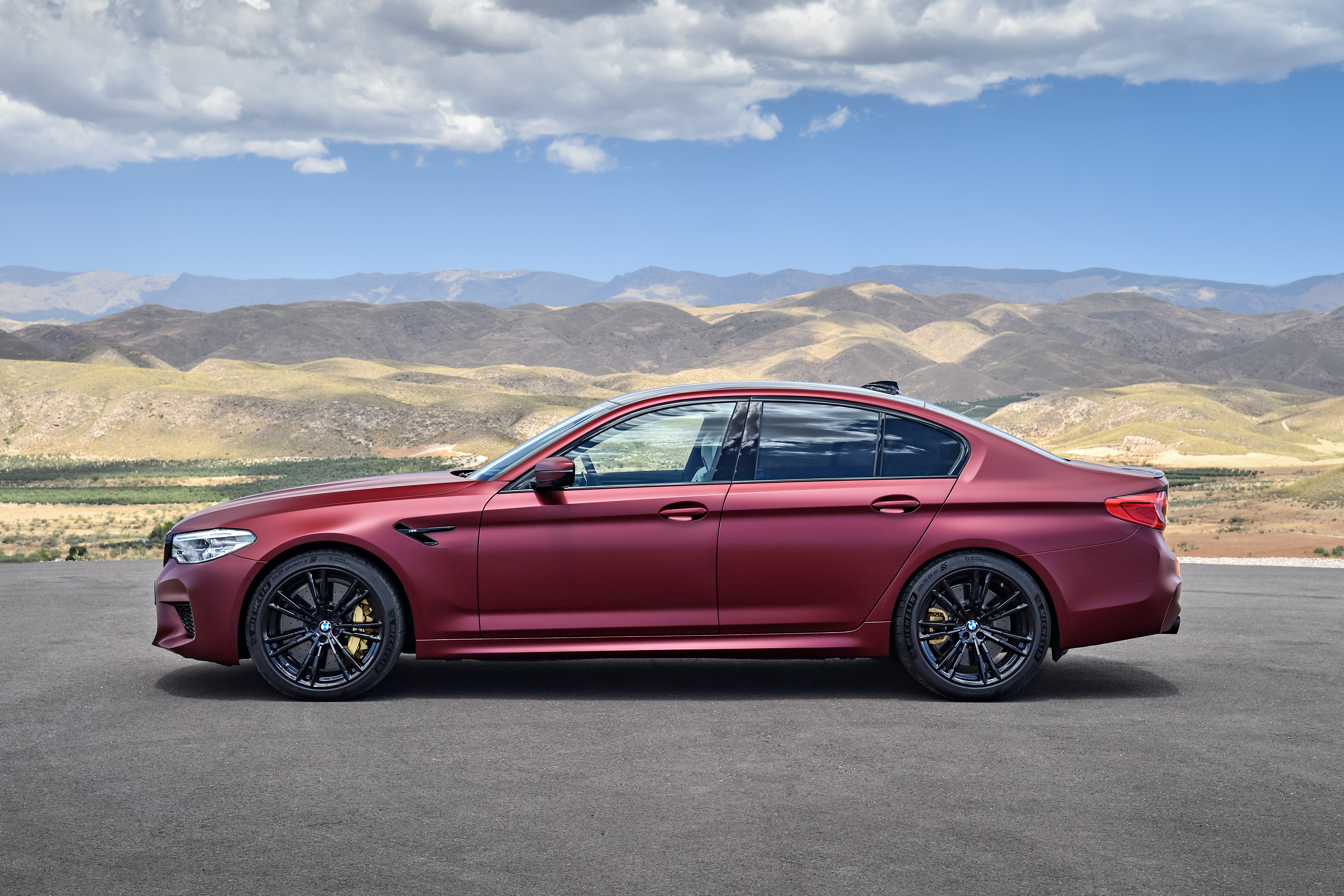 The driver can also choose from Comfort, Sport and Sport Plus modes for the Variable Damper Control (VDC) system – which has M-specific tuning – and the M Servotronic steering. And the engine’s characteristics can also be configured to the driver’s tastes via the Efficient, Sport and Sport Plus modes. The two M1 and M2 buttons on the M leather steering wheel can be used to store two set-ups combining the driver’s preference of engine, transmission, suspension and M xDrive modes, the DSC mode and Head-Up-Display settings. The driver can then activate their preferred set-up by pressing the relevant button. 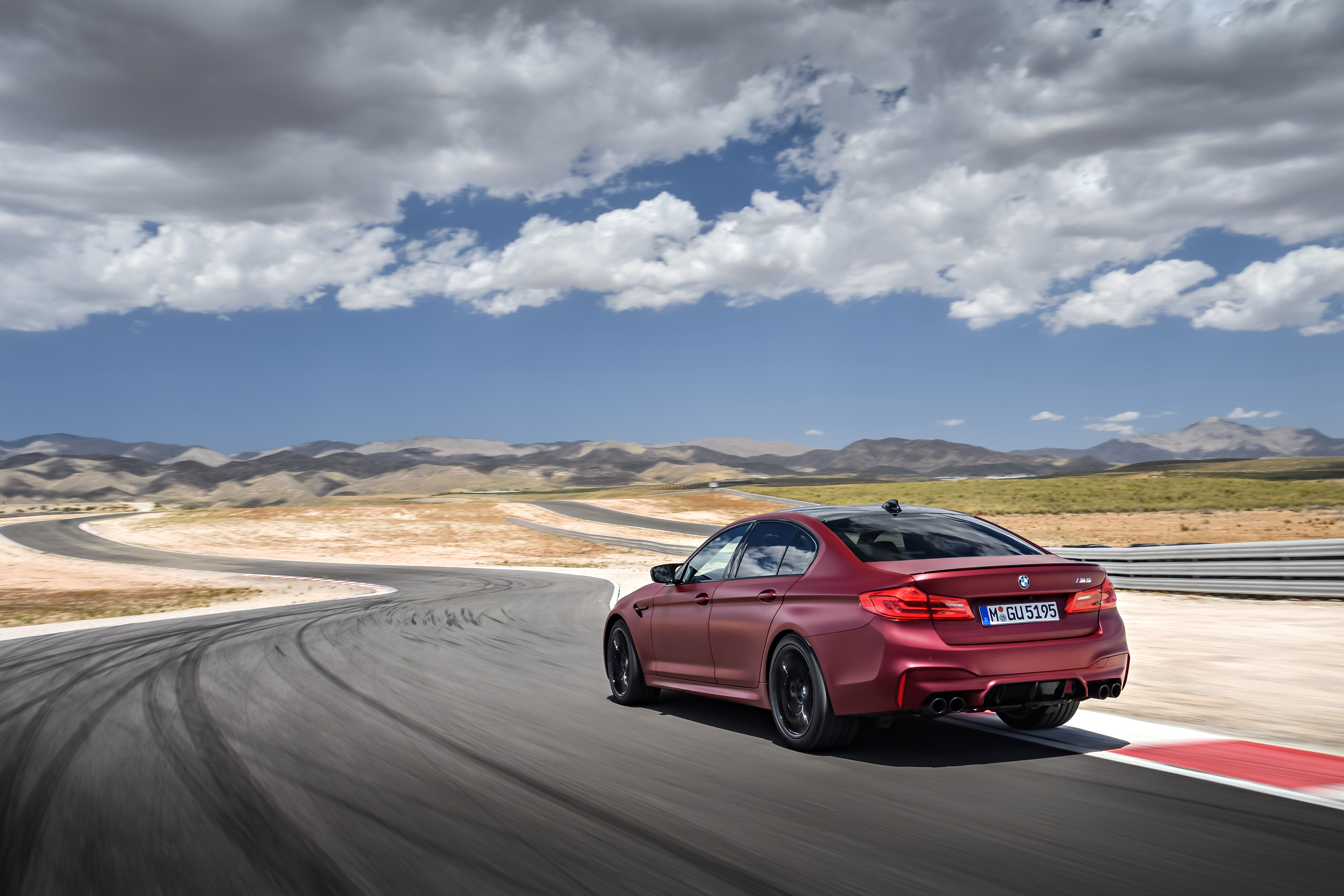 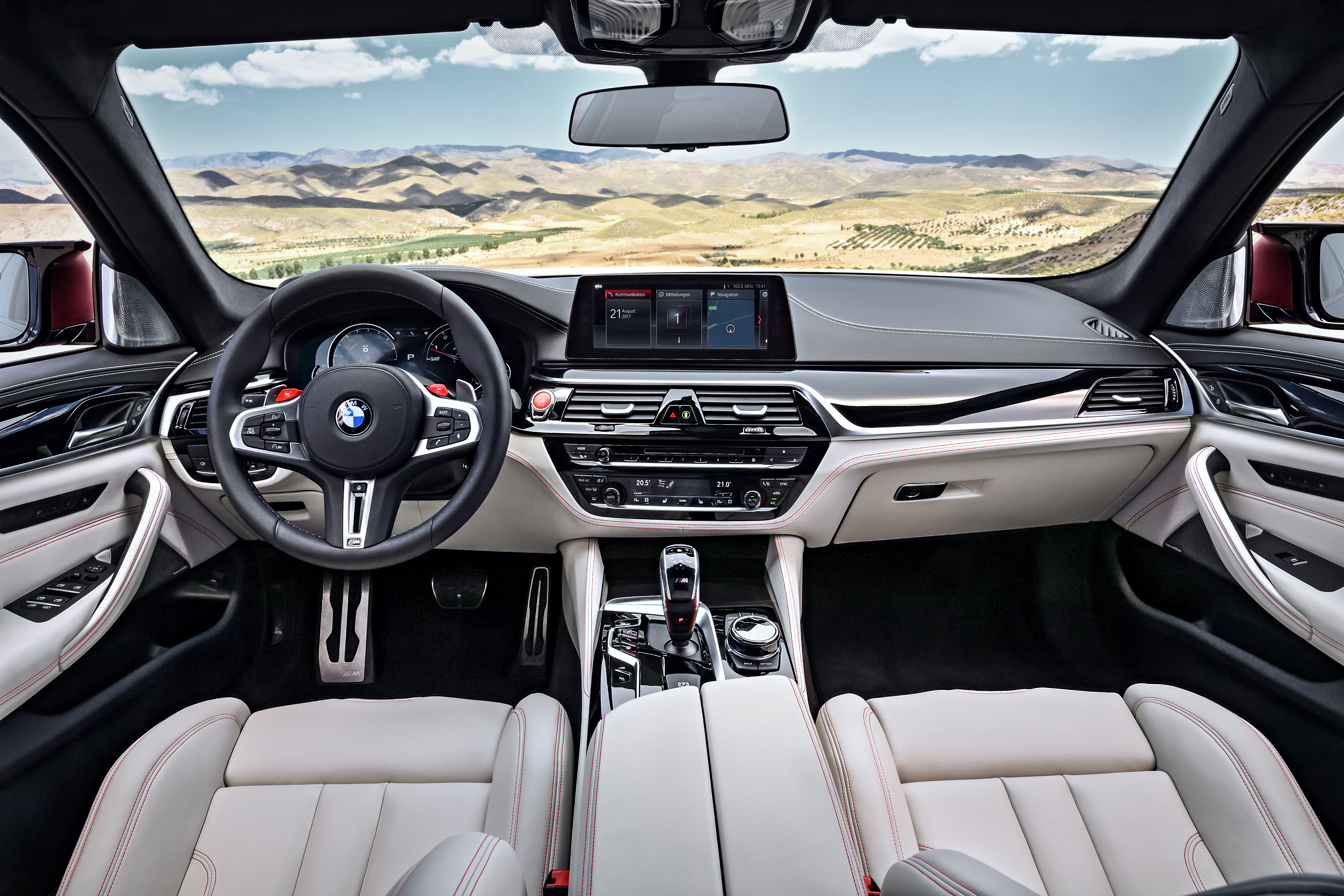