The SUV market is booming – especially in the compact segment. Experts estimate that the segment will almost double in size over the next decade. It is for this reason that Volkswagen is bringing in another attractive model in the compact SUV space, below the Tiguan: the T-Roc. With its package of features it sets new benchmarks and is equally appealing to customers of every age, from young singles to empty nesters. With its sporty modern design, it stands for a new emotive Volkswagen style and thus sets a new course within the model range. 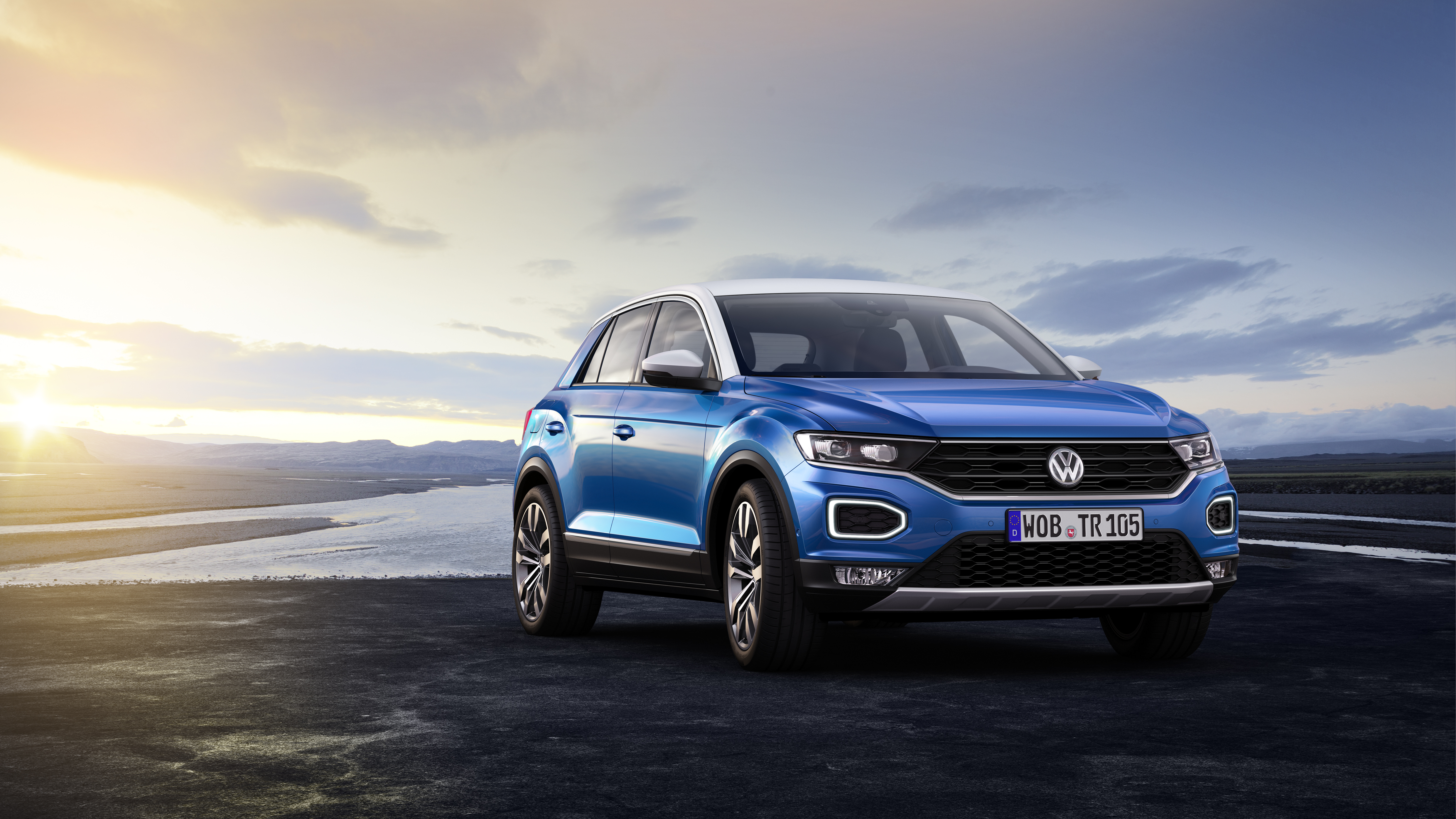 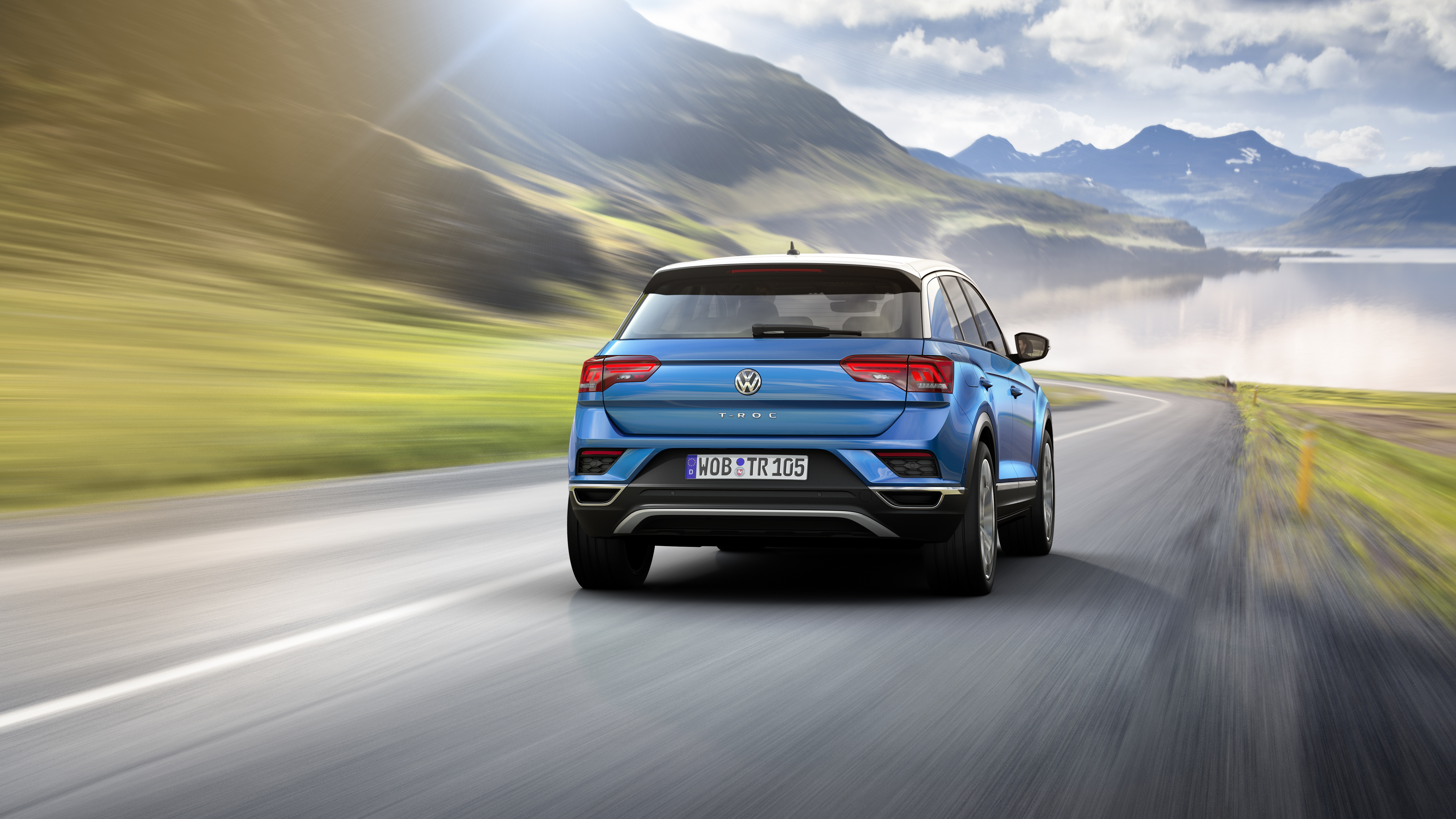 Snappy, sporty dimensions outside, great functionality inside – that's the new T-Roc. The optionally front-wheel or all-wheel drive all-rounder combines the aplomb of an SUV with the agility of a sporty compact model. And it does indeed rock the segment – in varying ways depending on specification and above all colour combination. For the T-Roc is the first Volkswagen SUV that will be available to order in two-tone paintwork with visually contrasting roof section (including the A-pillars and exterior mirror housings). 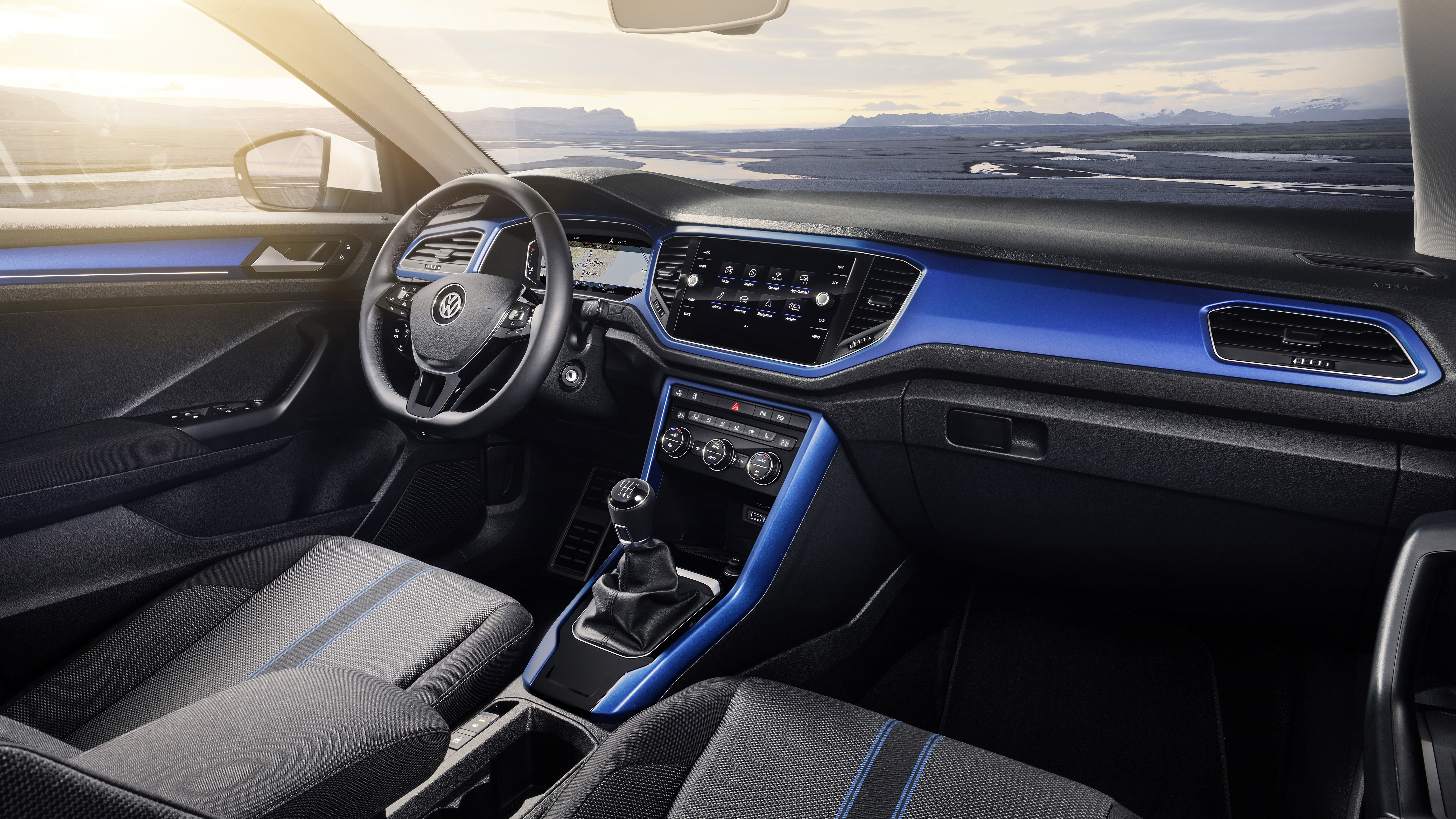 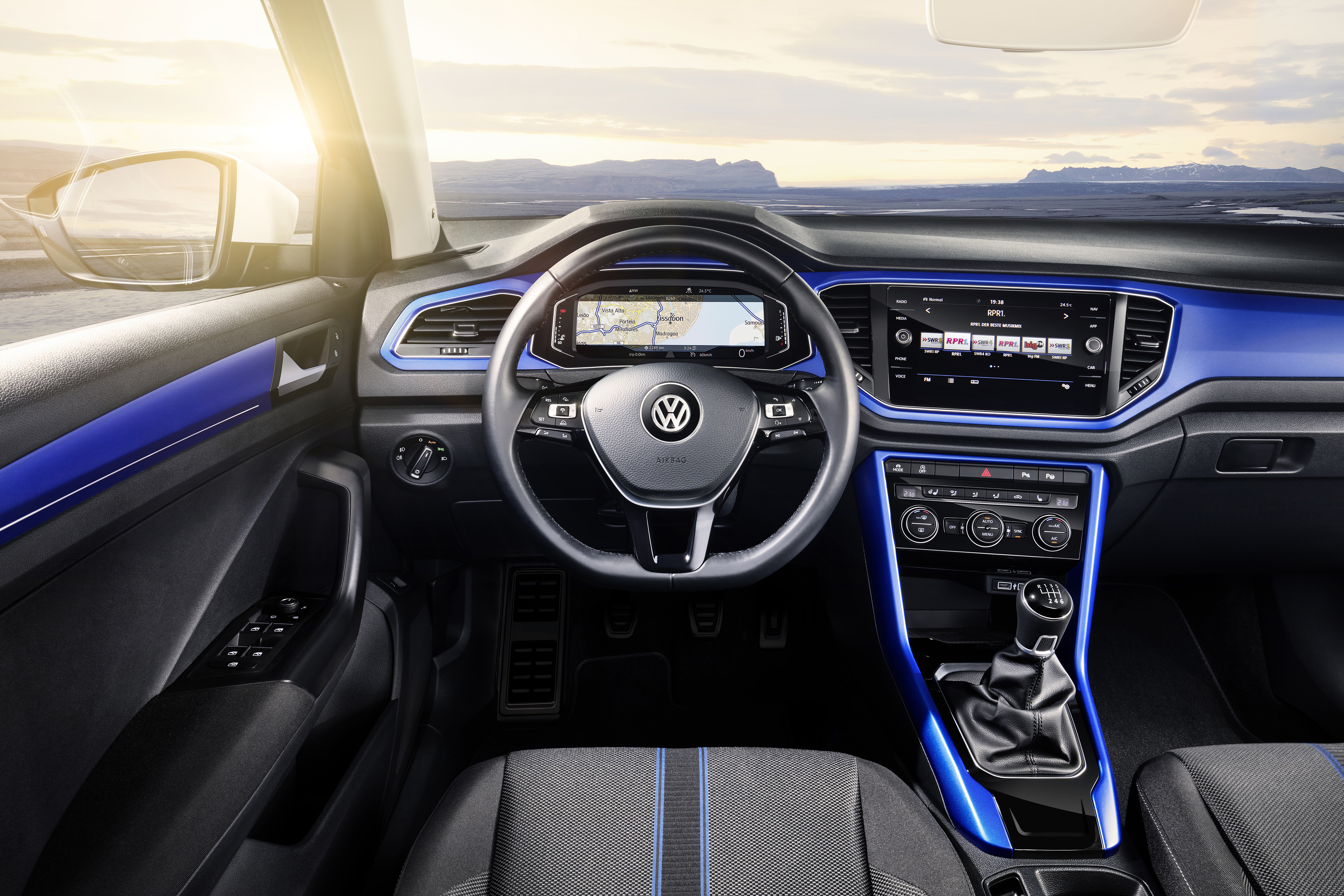 Numerous design elements define the new five-seater's style: at the front it is the wide radiator grille unit with integrated dual headlights and the repositioned light signature, which make the T-Roc unmistakable even at night. The lines of the elongated silhouette are on the other hand characterized by a particularly striking chrome element that runs from the A-pillars across the complete side roof line all the way into the C-pillar and is reminiscent in form of a coupé. The off-road look is enhanced by all-round, dark plastic trim, which protects the bodywork around the wheel arches and side sills, as well as the vehicle's front and rear. 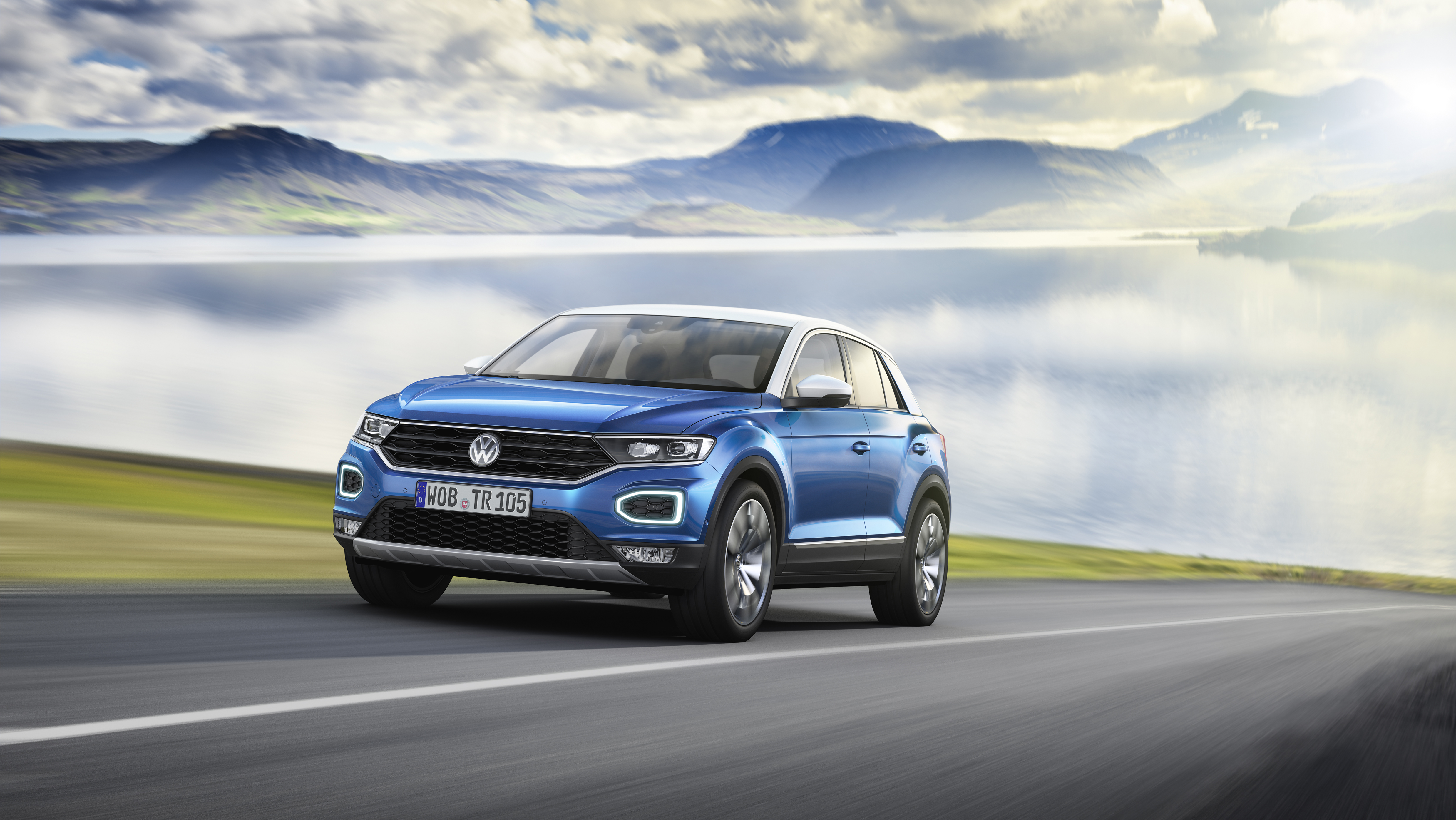 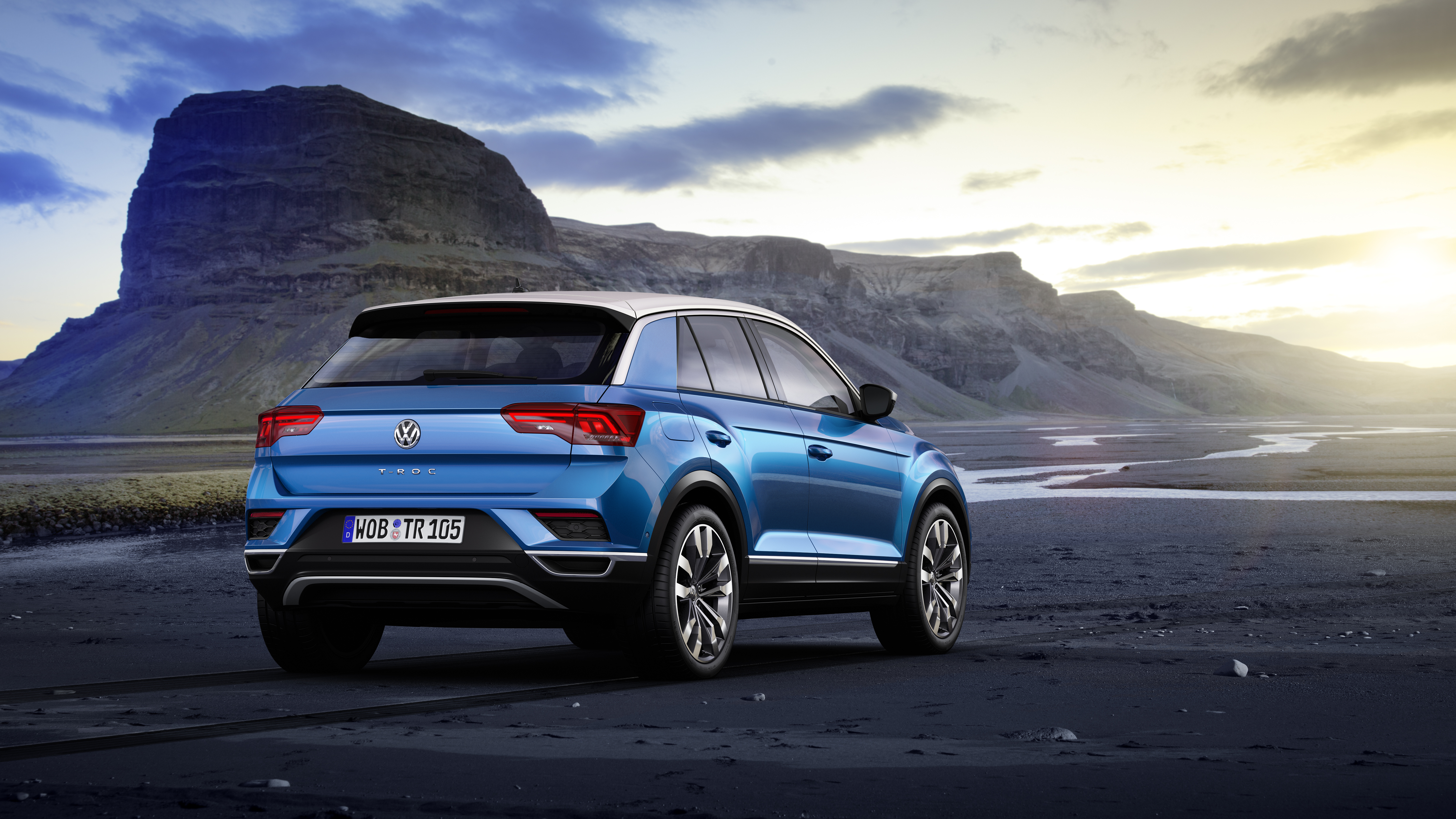 The interior has been adapted to the exterior design. It has a robust SUV feel and modern treatment of surfaces. The interplay between the Active Info Display and the specific infotainment system creates a new, digital and interactive cockpit. Via smartphone and Volkswagen Car Net it is possible to use a wide spectrum of online services and apps and to integrate the telephone and/or media library. Another feature being offered by Volkswagen in the new T-Roc is the "Security & Service" package (including Emergency Service, Automatic Accident Notification and Roadside Assistance). 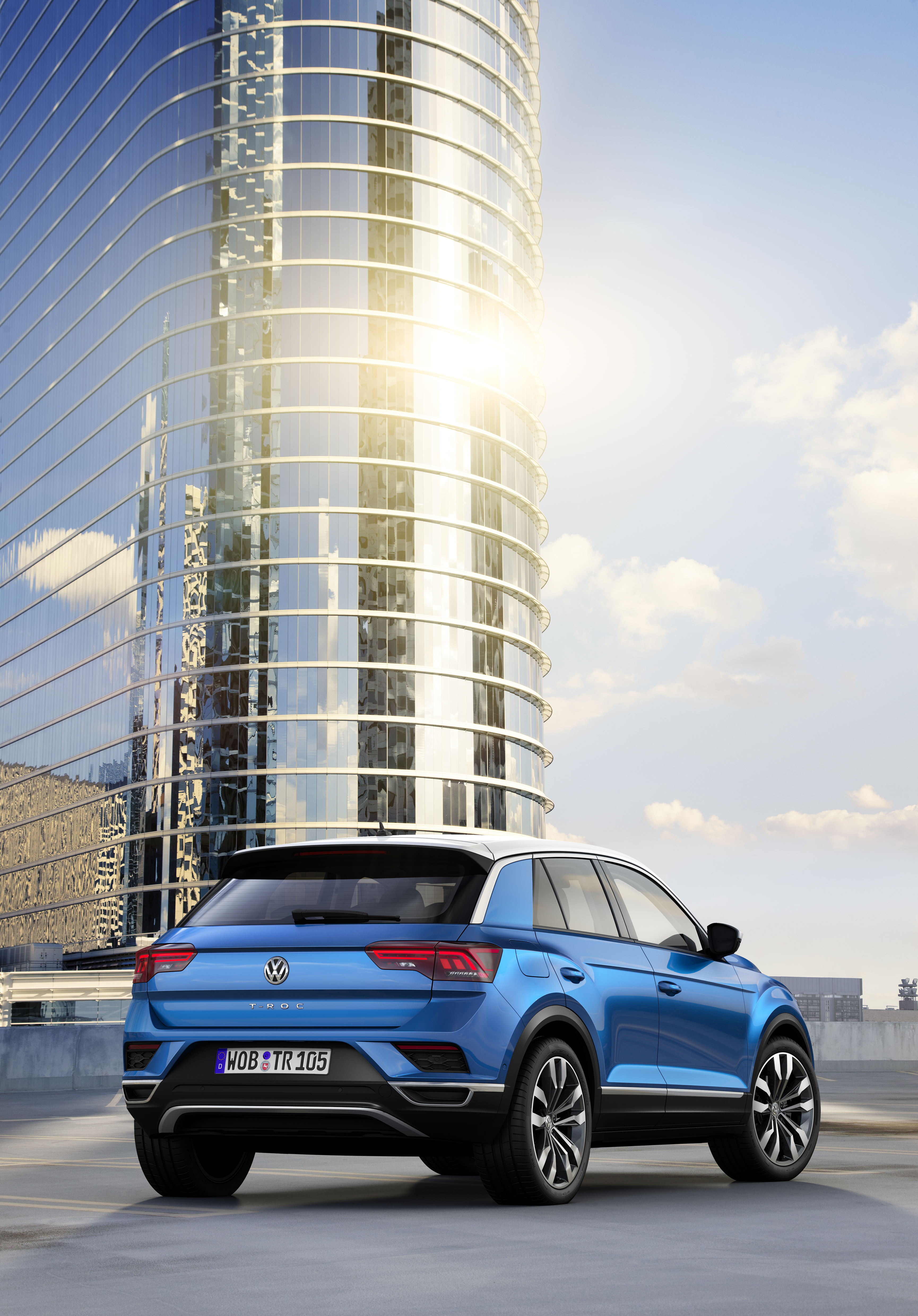 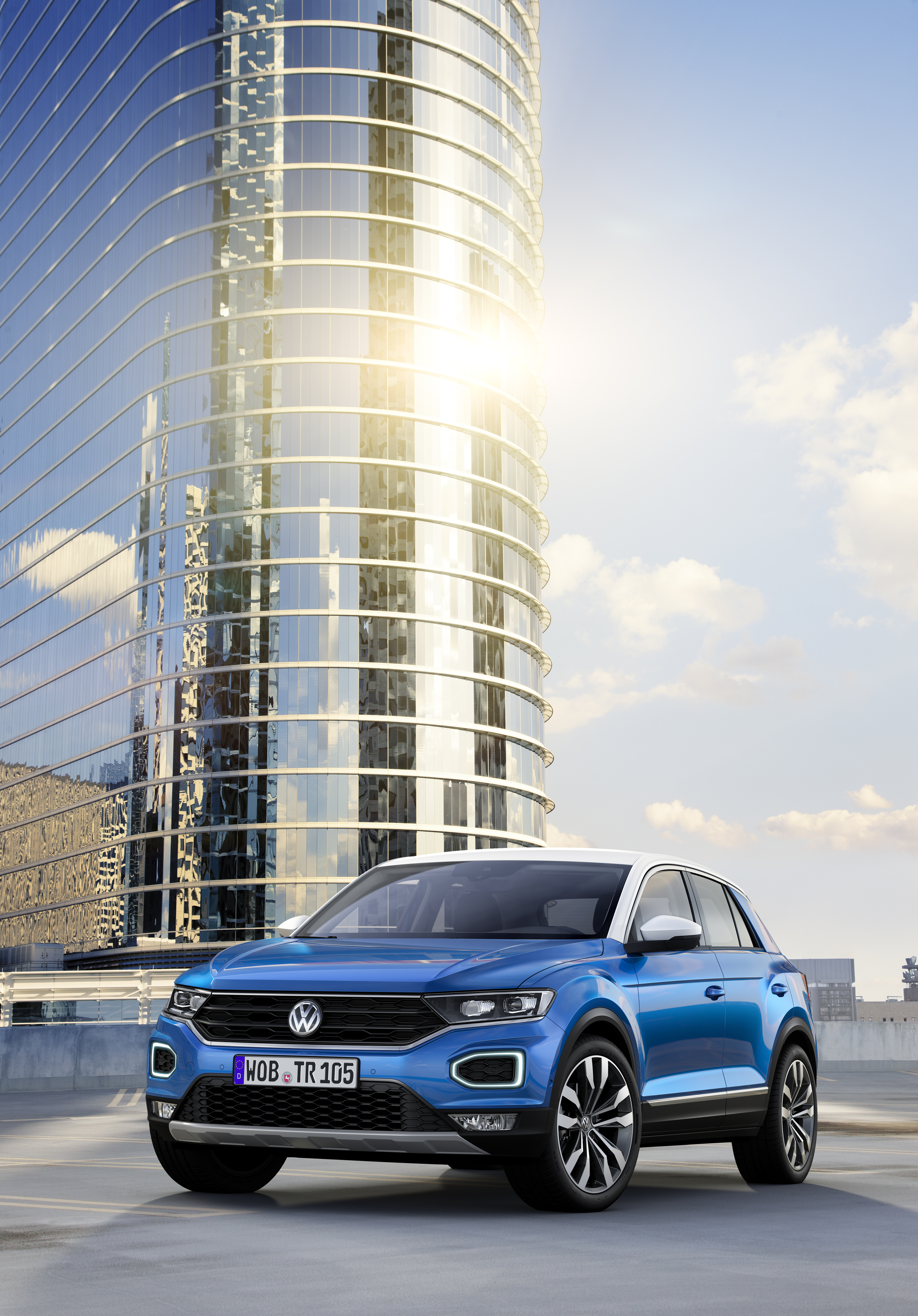 The new T-Roc is positioned within the segment below the Tiguan and like the latter and the Atlas/Teramont is based on the modular transverse matrix (MQB). If all five seats are occupied, luggage space when loaded up to the top edge of the rear seat backrests totals 445 litres. The backrests can also be folded down in a 60/40 split, yielding luggage capacity of up to 1,290 litres. Hardly any other SUV in this class offers such a spacious package. 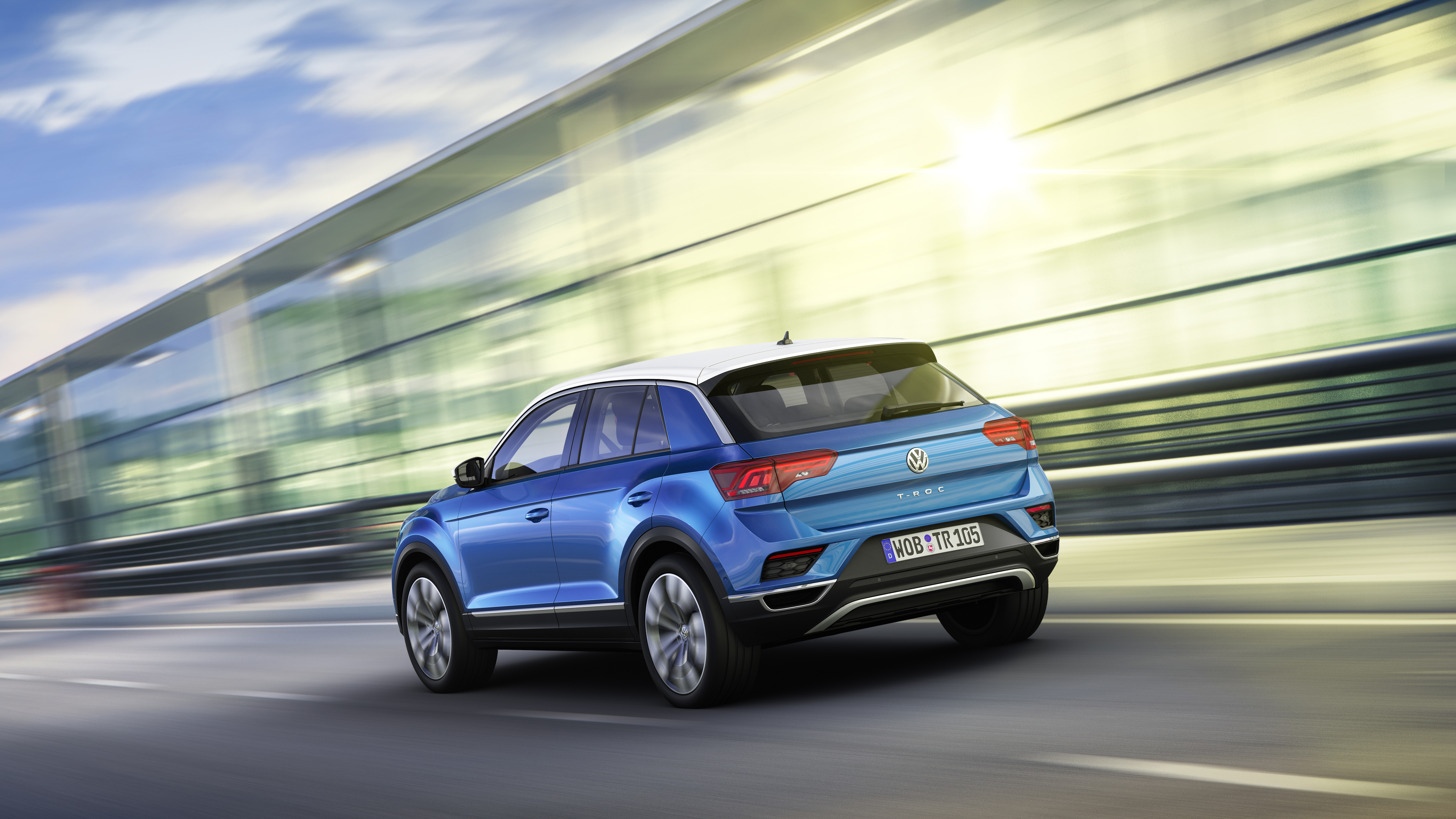 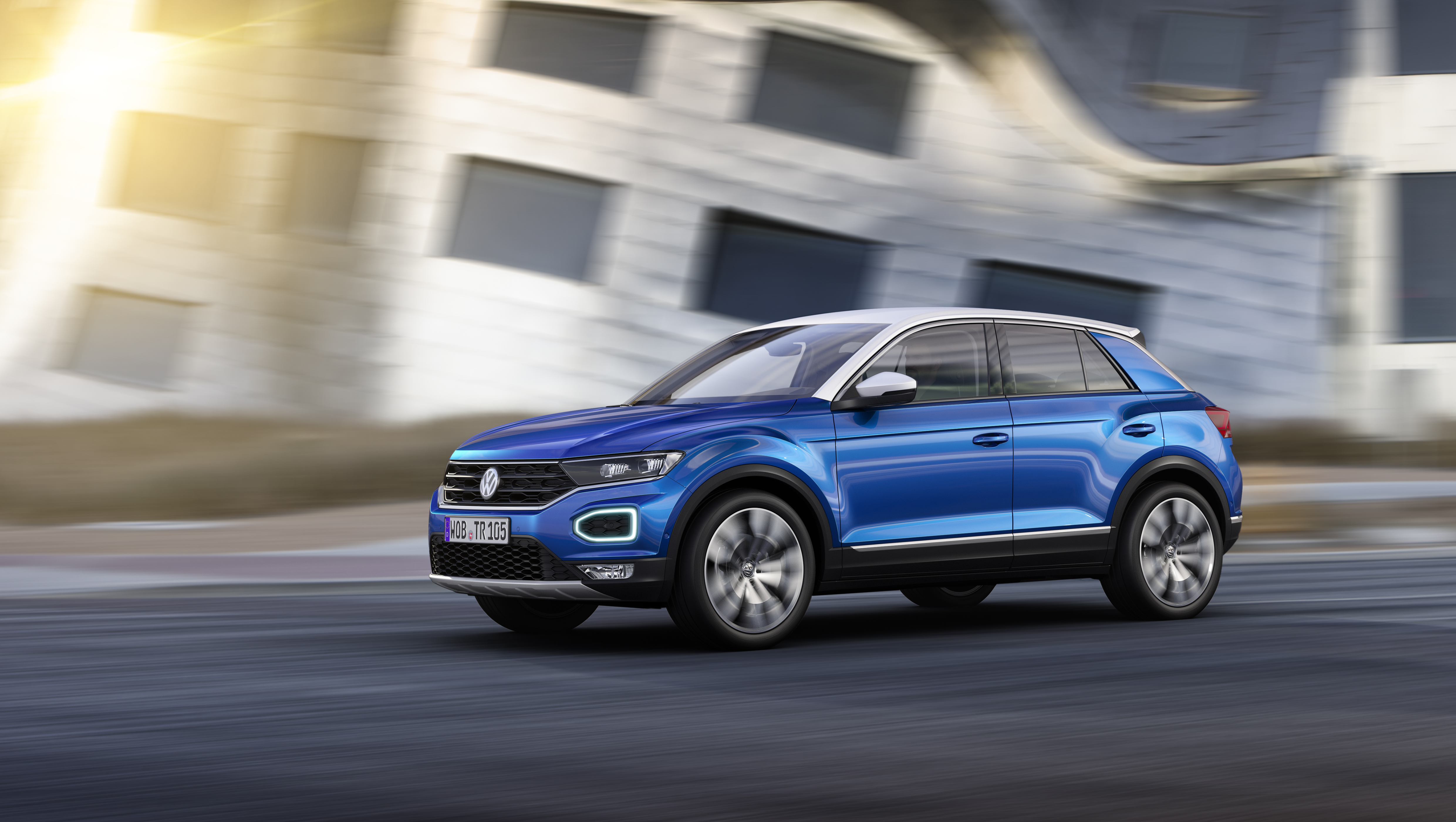 Even the ‘T-Roc’ base version comes with high-tech systems such as Front Assist area monitoring with City Emergency Braking and Pedestrian Monitoring, the Automatic Post-Collision Braking System and the lane keeping system Lane Assist. Also part of the base specification are details such as air conditioning, the Composition Colour infotainment system, LED tail light cluster, visual underbody guard (black) and LED daytime running lights in the bumper. 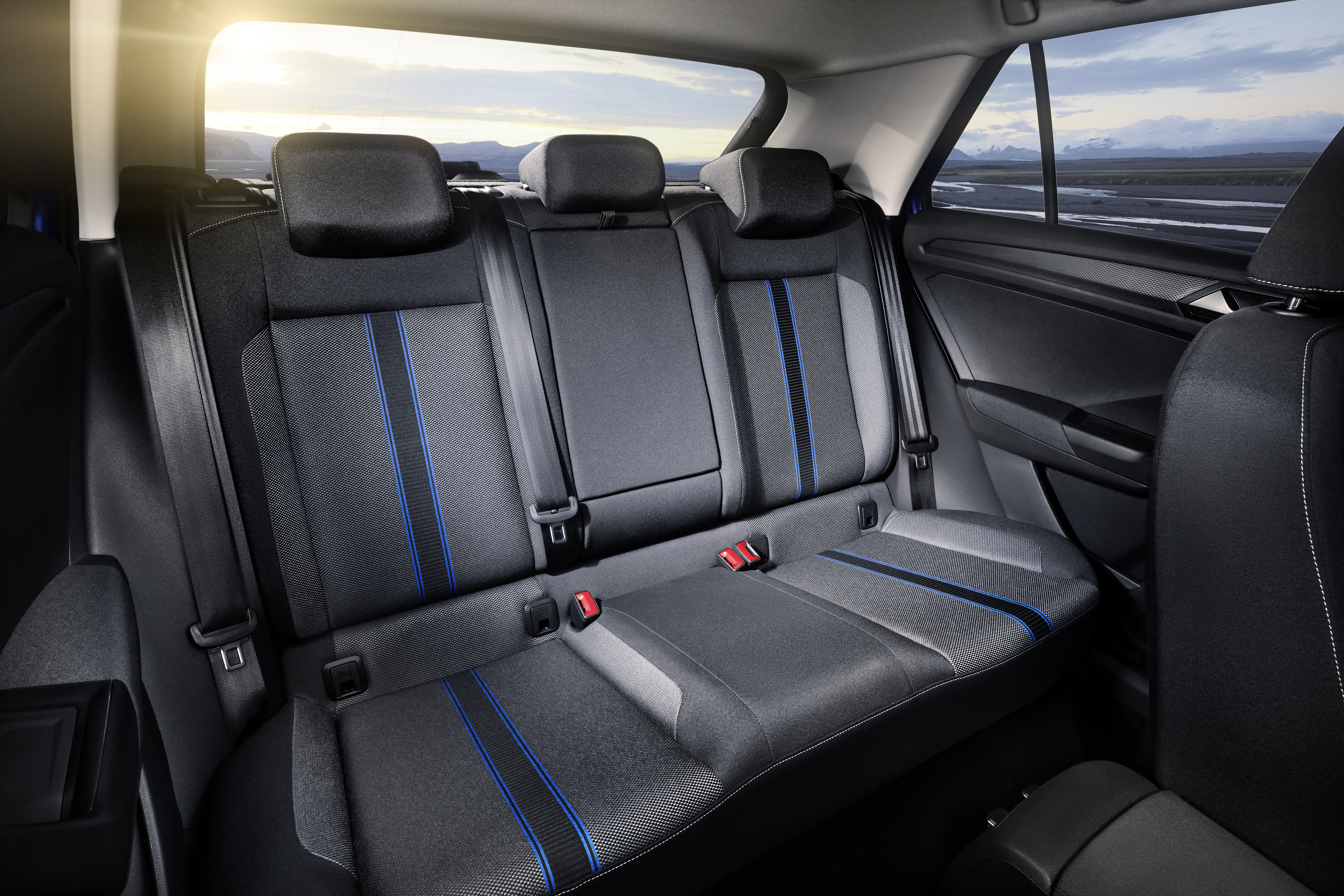 In its market segment, the T-Roc is in a league of its own when it comes to its driver assistance systems. Standard features on all T-Roc vehicles include: the Automatic Post-Collision Braking System, the active lane keeping system Lane Assist and the Front Assist area monitoring system with Pedestrian Monitoring and City Emergency Braking. The SUV can optionally be configured with ten further driver assistance systems. These include adaptive cruise control (ACC), Rear View reversing camera, the lane change system including Rear Traffic Alert, Blind Spot Monitor, lane keeping system Lane Assist, Park Assist including manoeuvring brake function, Traffic Jam Assist and Emergency Assist. The T-Roc can be adapted to the driver’s personal preferences via a range of further assistance systems that is exceptionally large for this vehicle class. In addition to adaptive chassis control DCC and progressive steering, these include electric operation of the rear hatch and starting system Keyless Access. 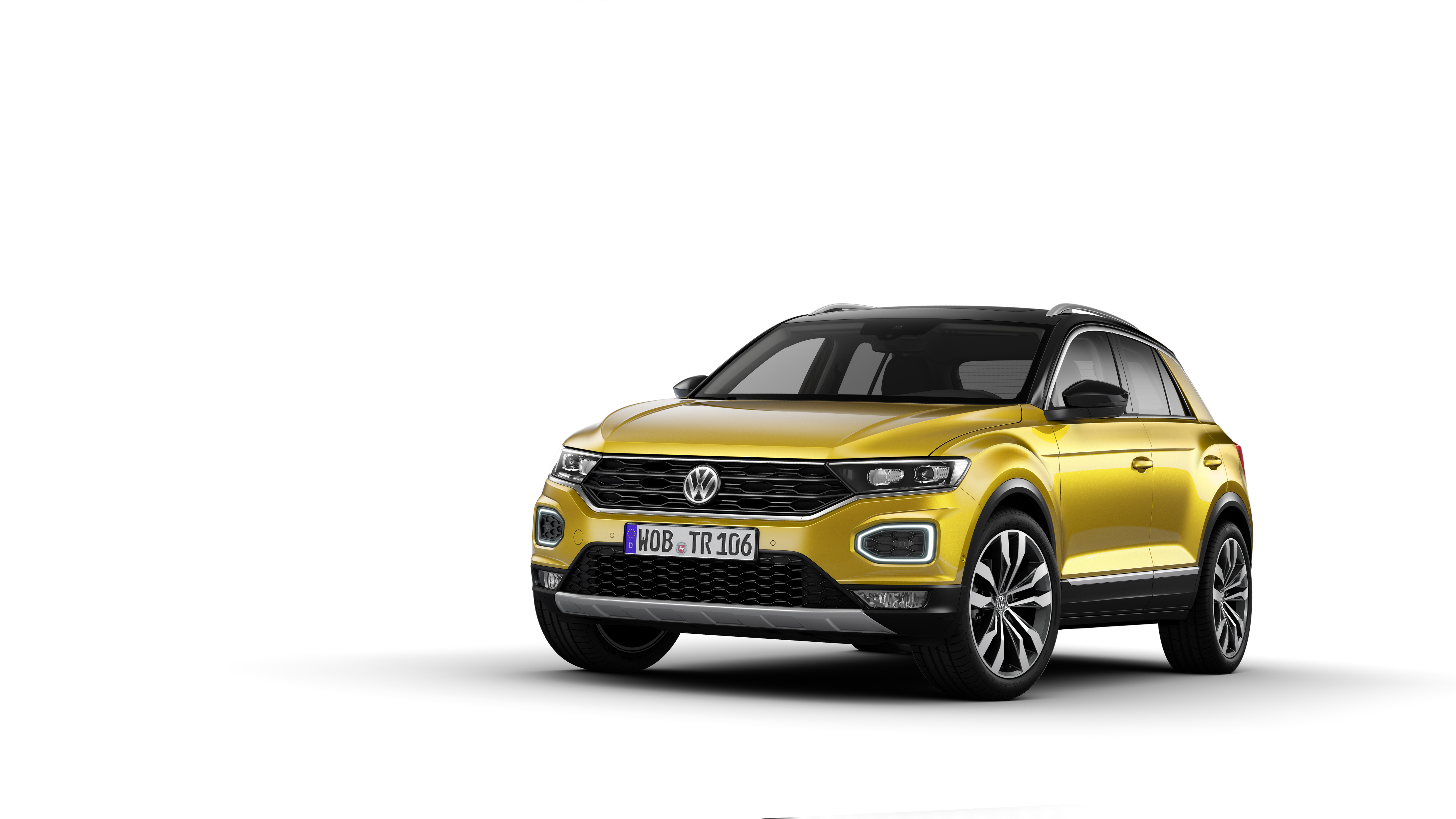 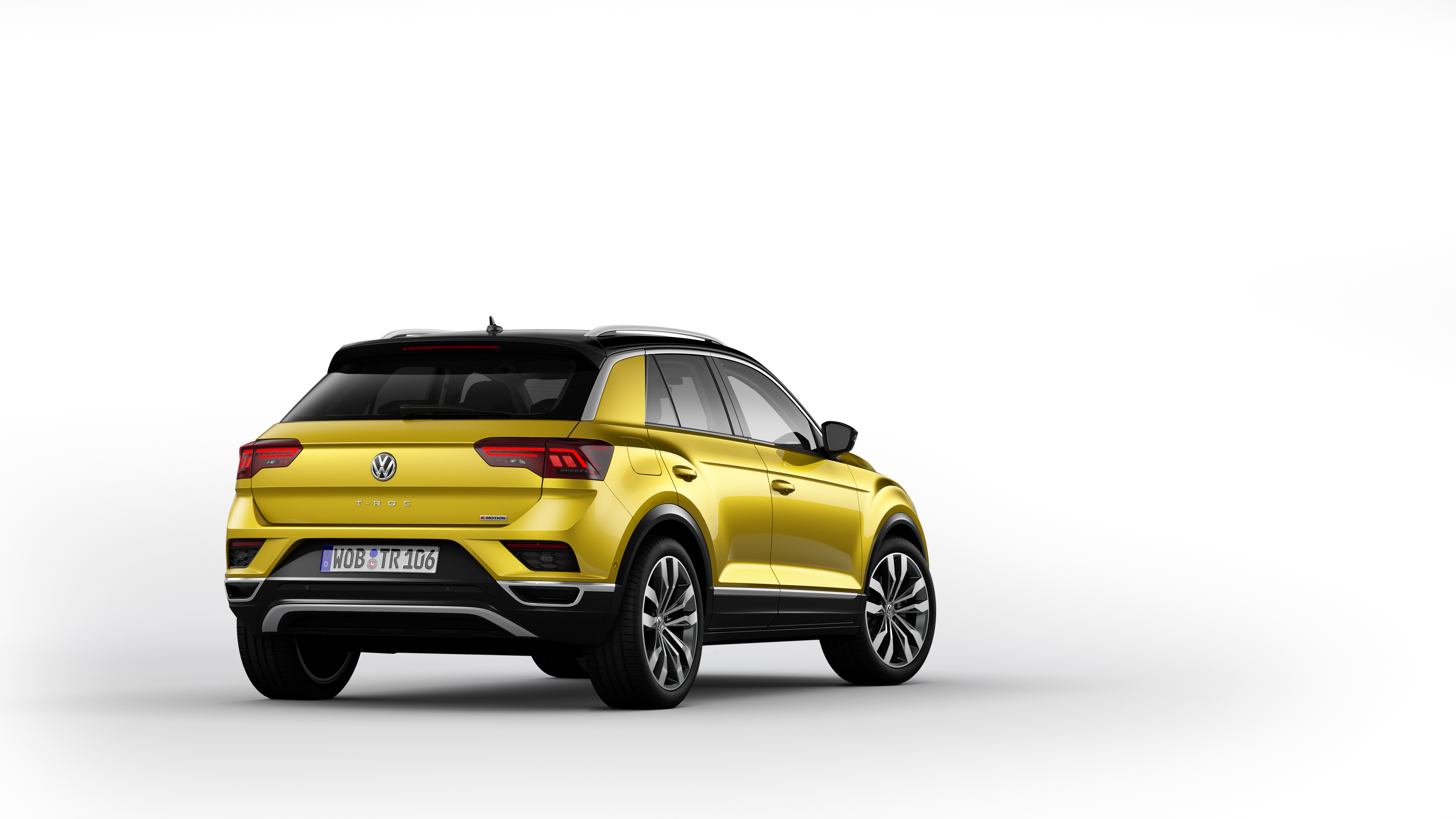 Like the larger Tiguan, the new T-Roc too is being offered with efficient turbocharged engines: three petrol engines (TSI) and three diesels (TDI). They are being offered partly with front-wheel drive and manual gearbox, partly with front-wheel drive, 4Motion all-wheel drive (including 4Motion Active Control as standard) and the dual clutch gearbox (7-speed DSG). The T-Roc will take its place in the €20,000 class segment (German market). Its market launch begins in Europe this November.