The brand new Toyota Corolla has really stepped up its game and they nailed it with this new design - both exterior and interior. The older Toyotas have a good reputation of being reliable and that you can count on a Toyota anytime, but the design was really boring ... until now. 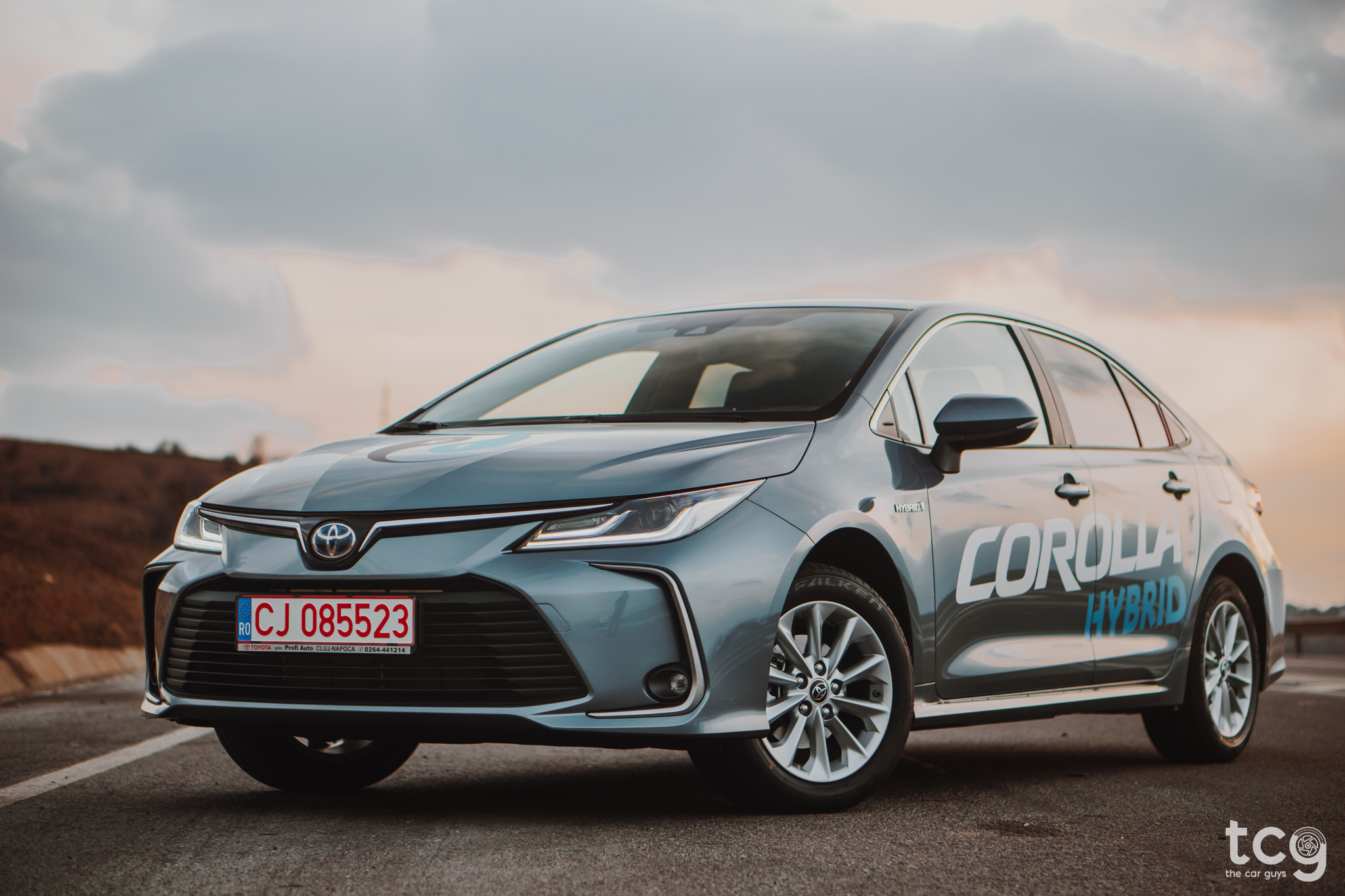 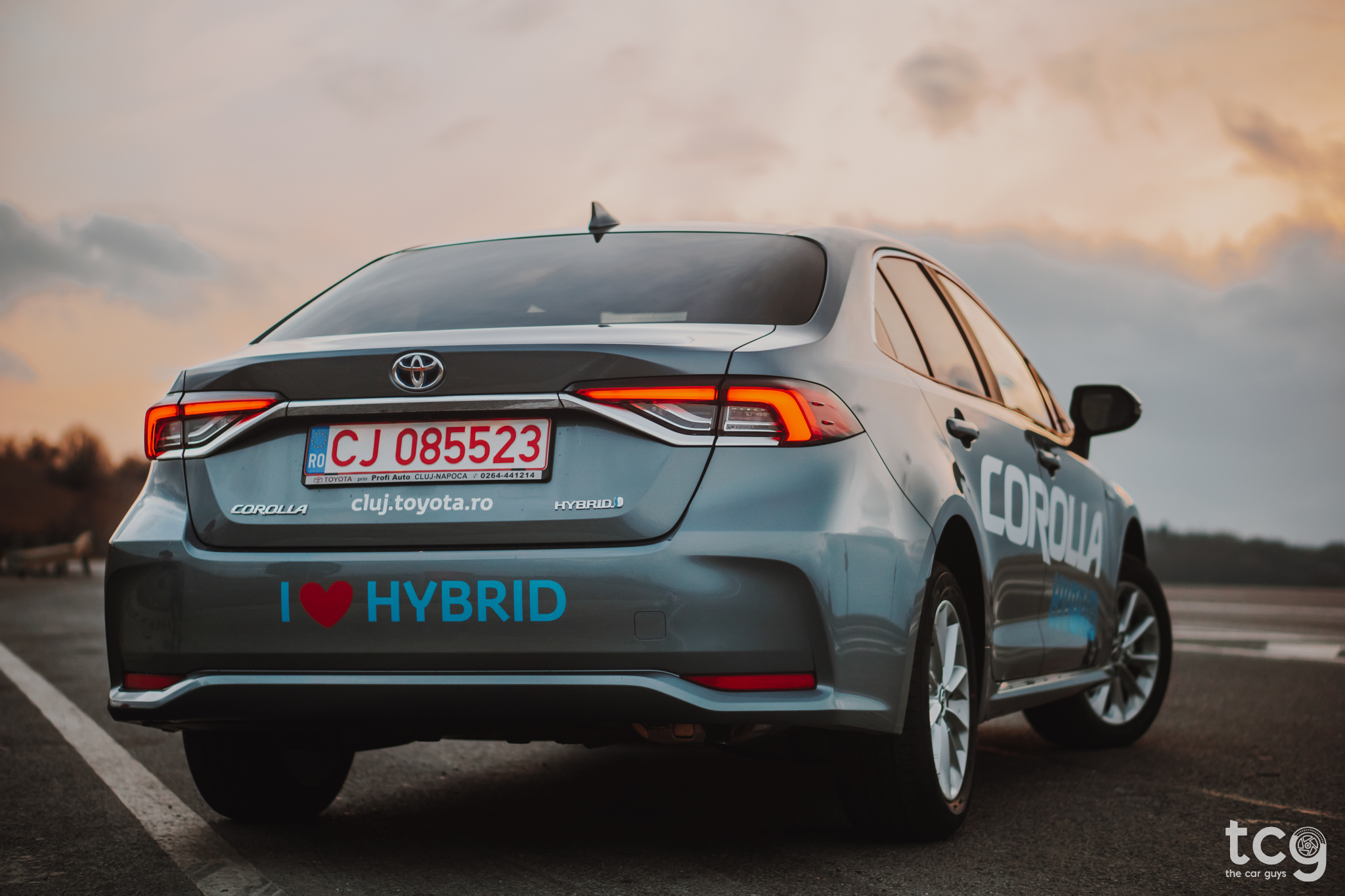 It is obvious that the back end of any car is different from a sedan to a hatchback, but the frontend to be that different on the same model, this is pretty new to the car industry, at least to my knowledge. So, we had the new Toyota Corolla sedan and we'll talk about this one, though I like the hatchback more.

On the front of the car, you'll first notice the side vents (fake vents) that make the car to look really wide and aggressive, but then you’ll notice the blue Toyota logo that indicates that the car is a hybrid, so friendly with the environment. On the sedan, the huge middle opening on the front looks a bit weird, like it wants to eat you, but it didn’t really bother me as I got used to it. The headlights are simple and I like how the chromed lines from under the hood look like they are integrated with the headlights. 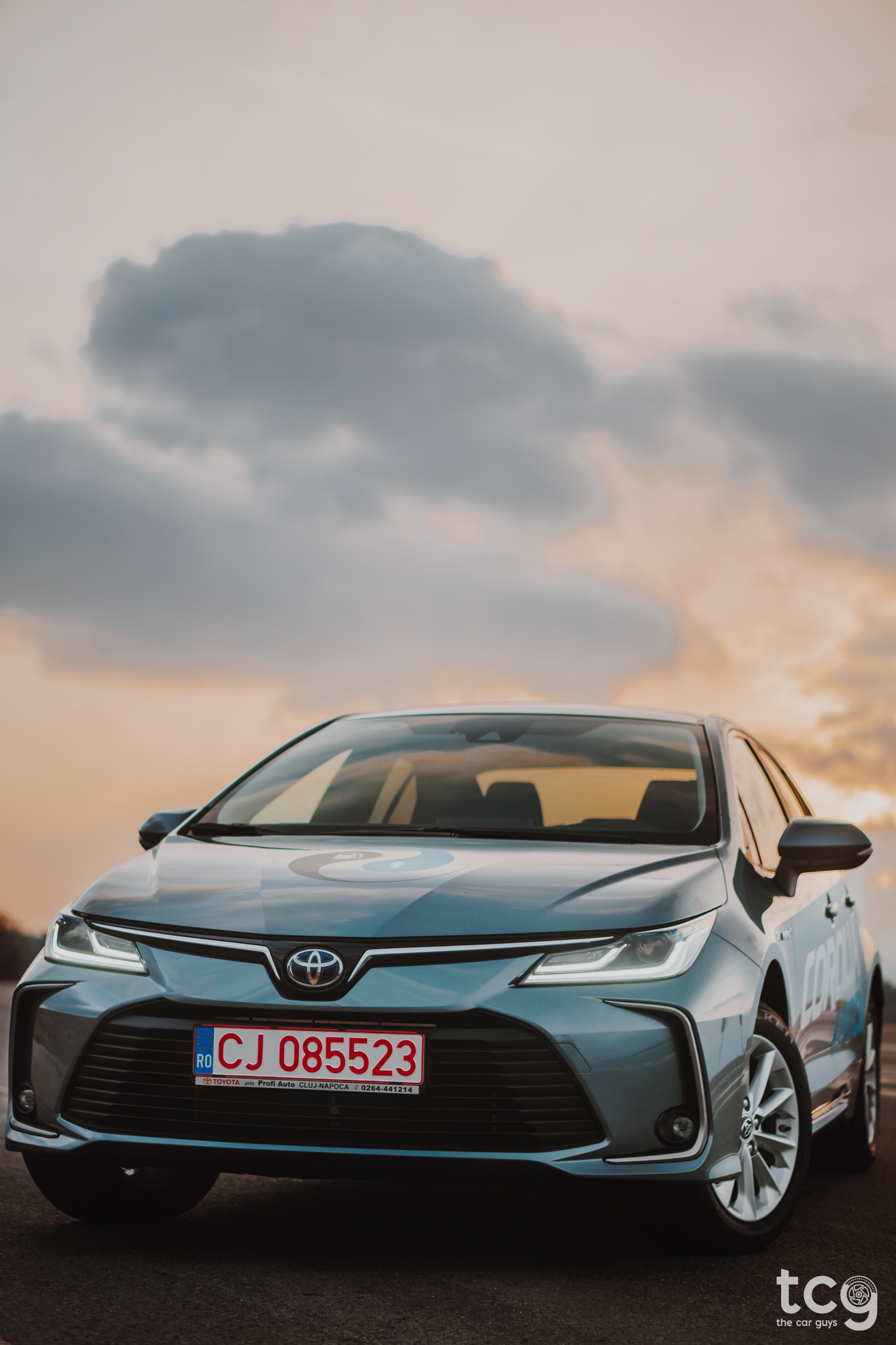 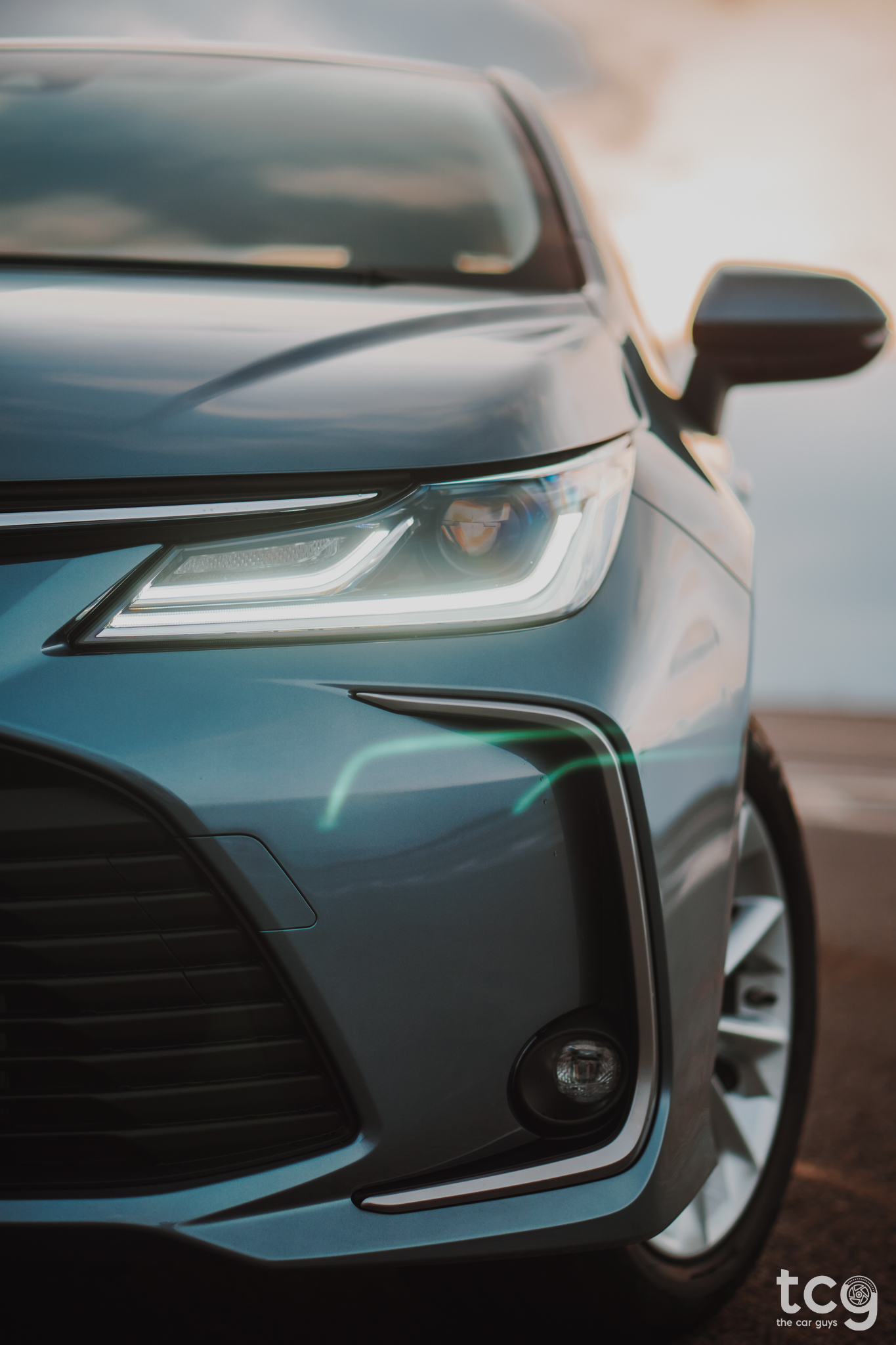 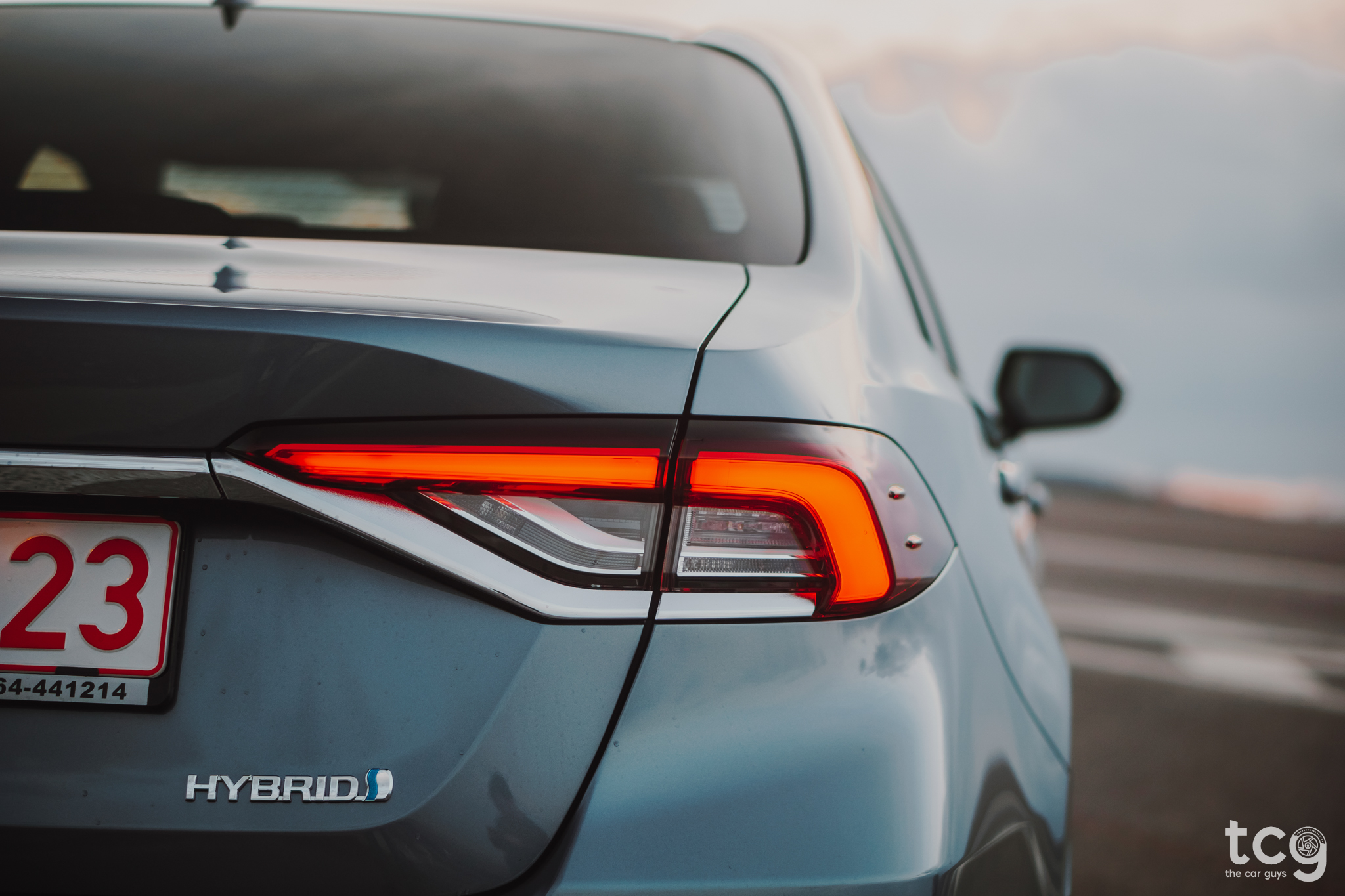 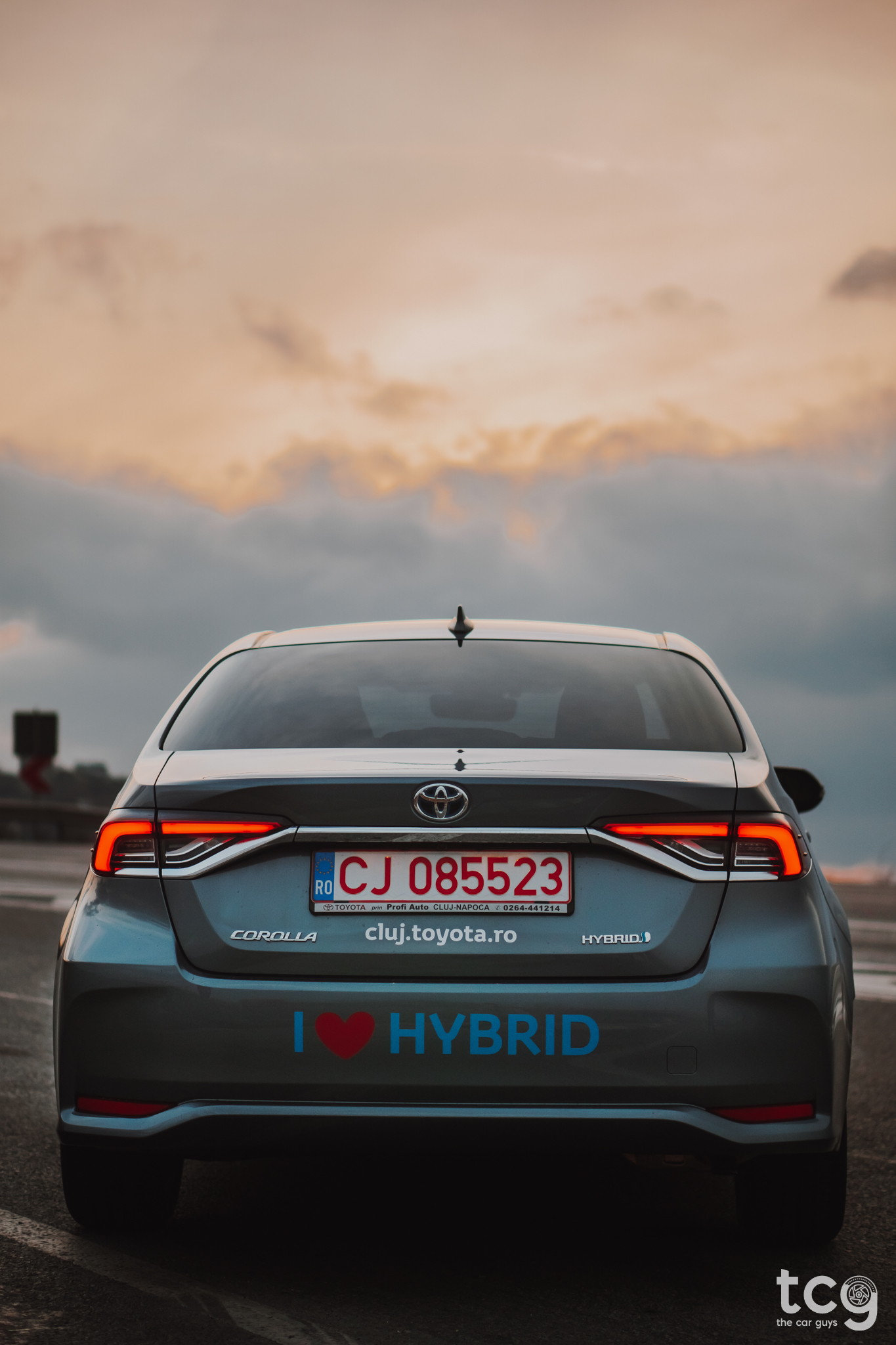 The side of the car is really simple, but the roofline is a bit too low and I'll tell you a little later why that's a problem. The car we tested comes equipped with 16 inches alloy wheel that are just fine for this car as they look alright and because they’re not too big, the ride is comfortable. 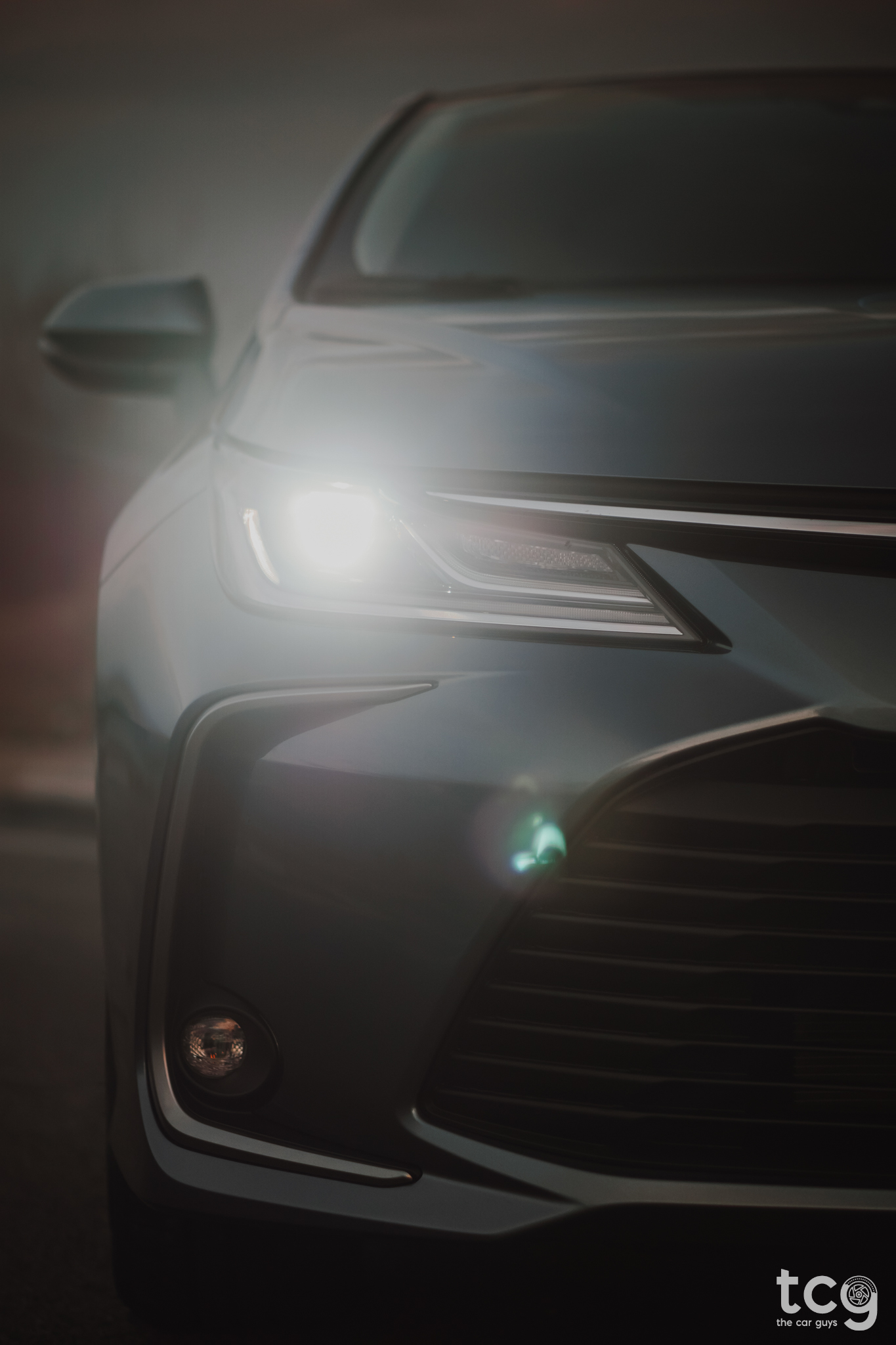 As for the back of the car, the taillights have a very simple and nice design and I like the way they integrated the chromed bar with the taillights as it looks elegant. Also, on the back, we can find the side vents that make the car look really wide, but the vents are , again, fake. 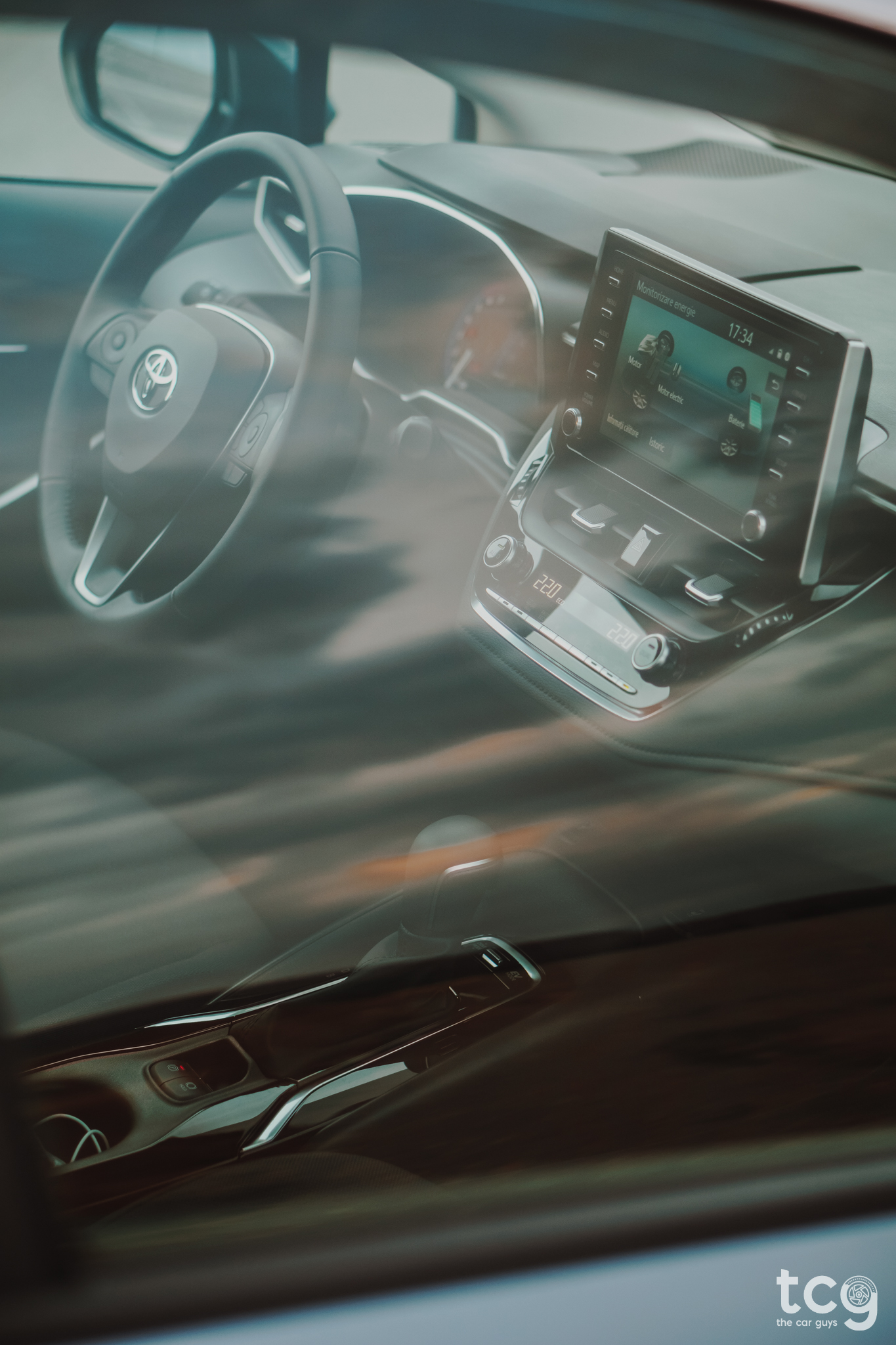 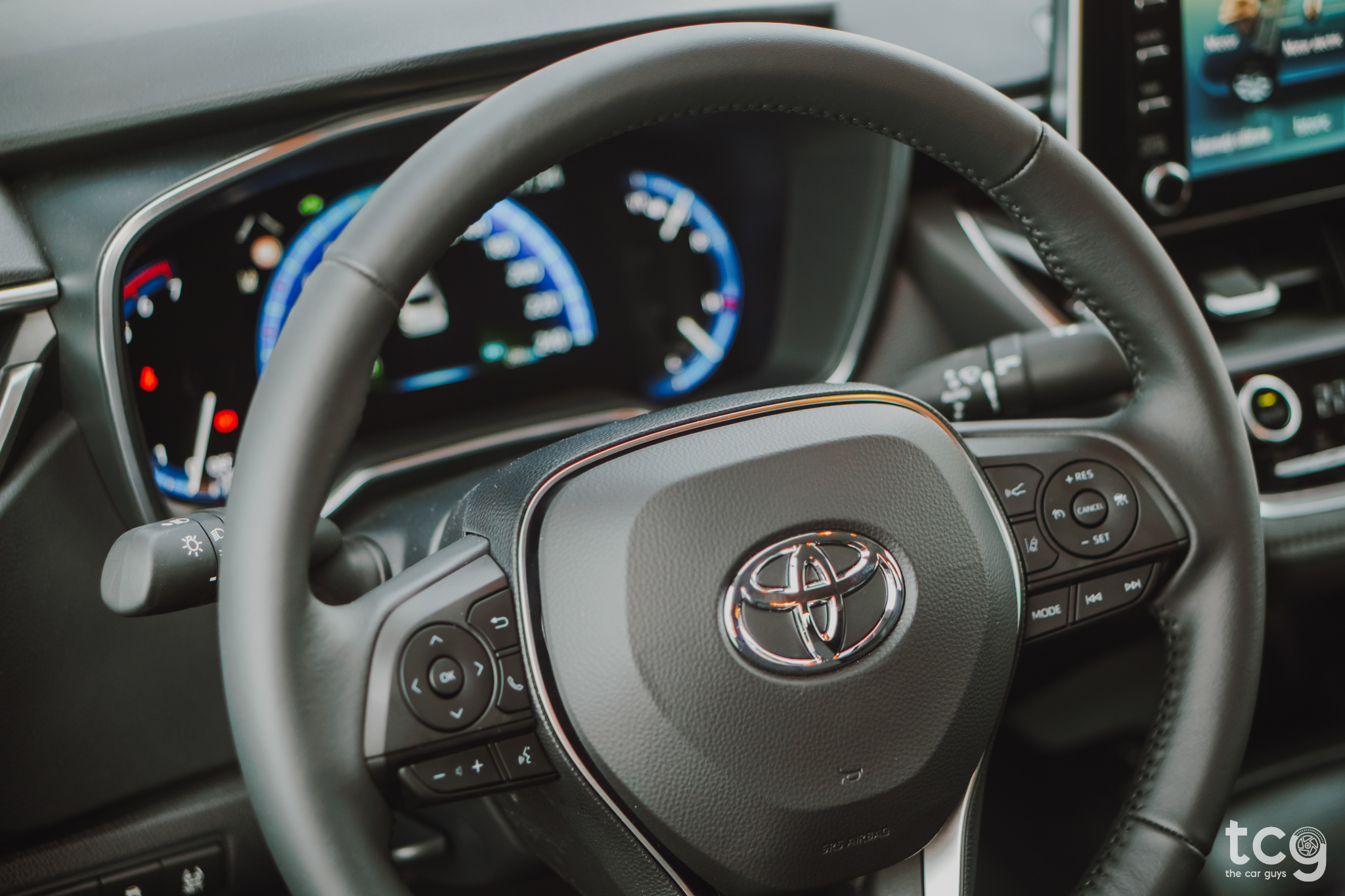 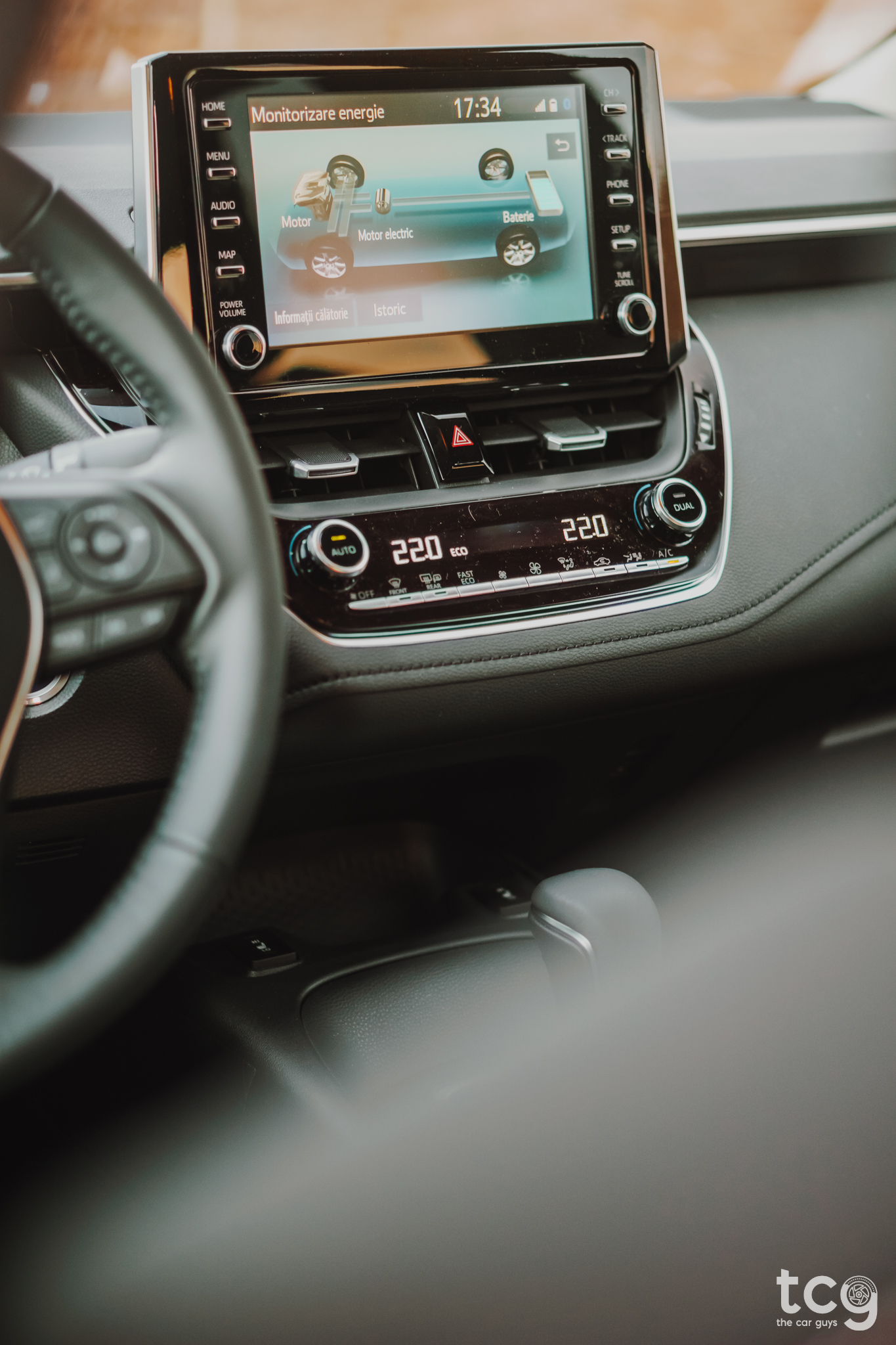 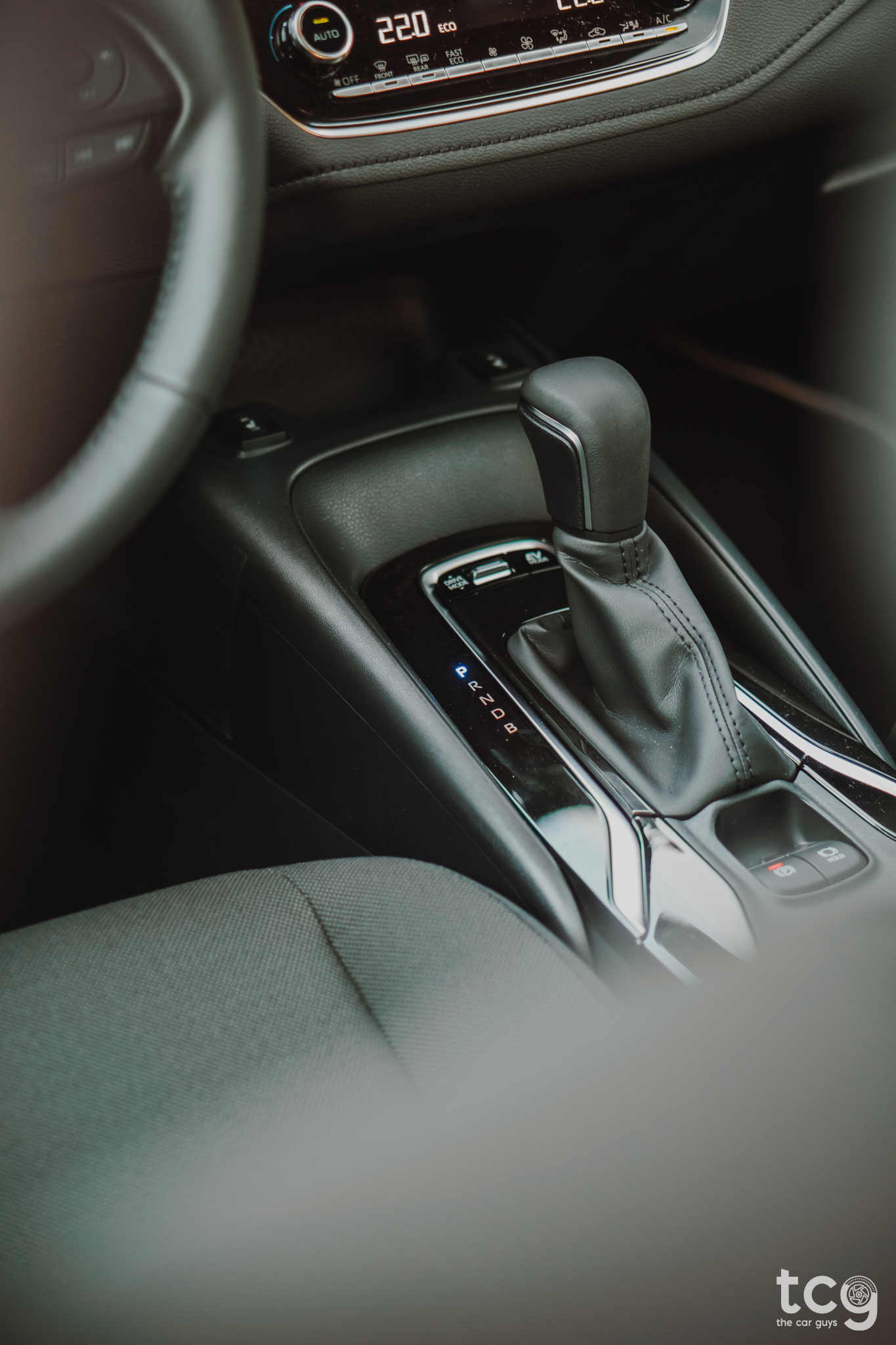 Moving to the interior, some people might say that it is too simple for today’s standards, but let me tell you that this is what I appreciate about Toyota, the simpicity! Everything is really simple and easy to use, the materials used in the places we usually touch are qualitative. The climate controls are very easy to use and simple, nothing fancy but practical. 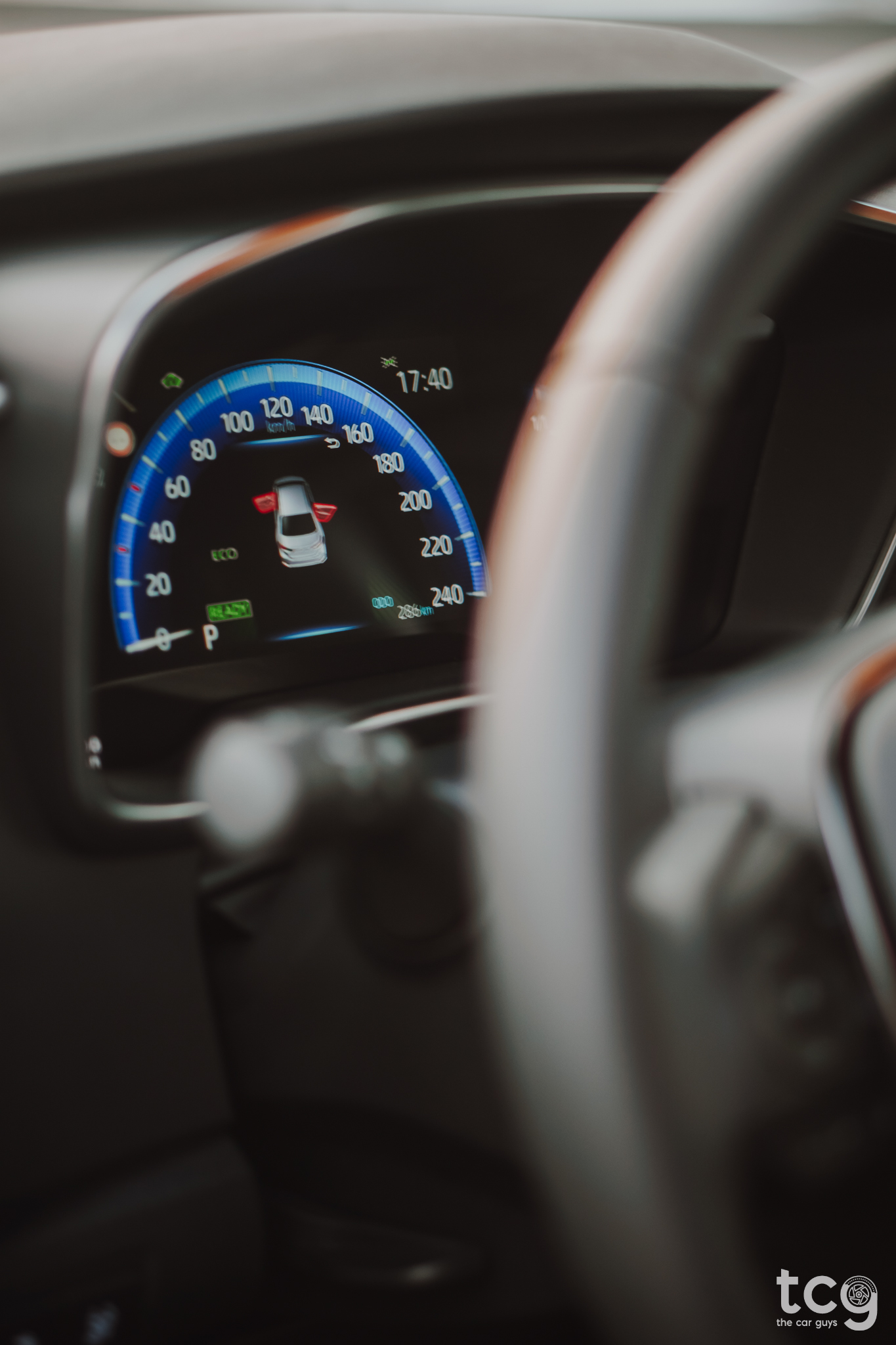 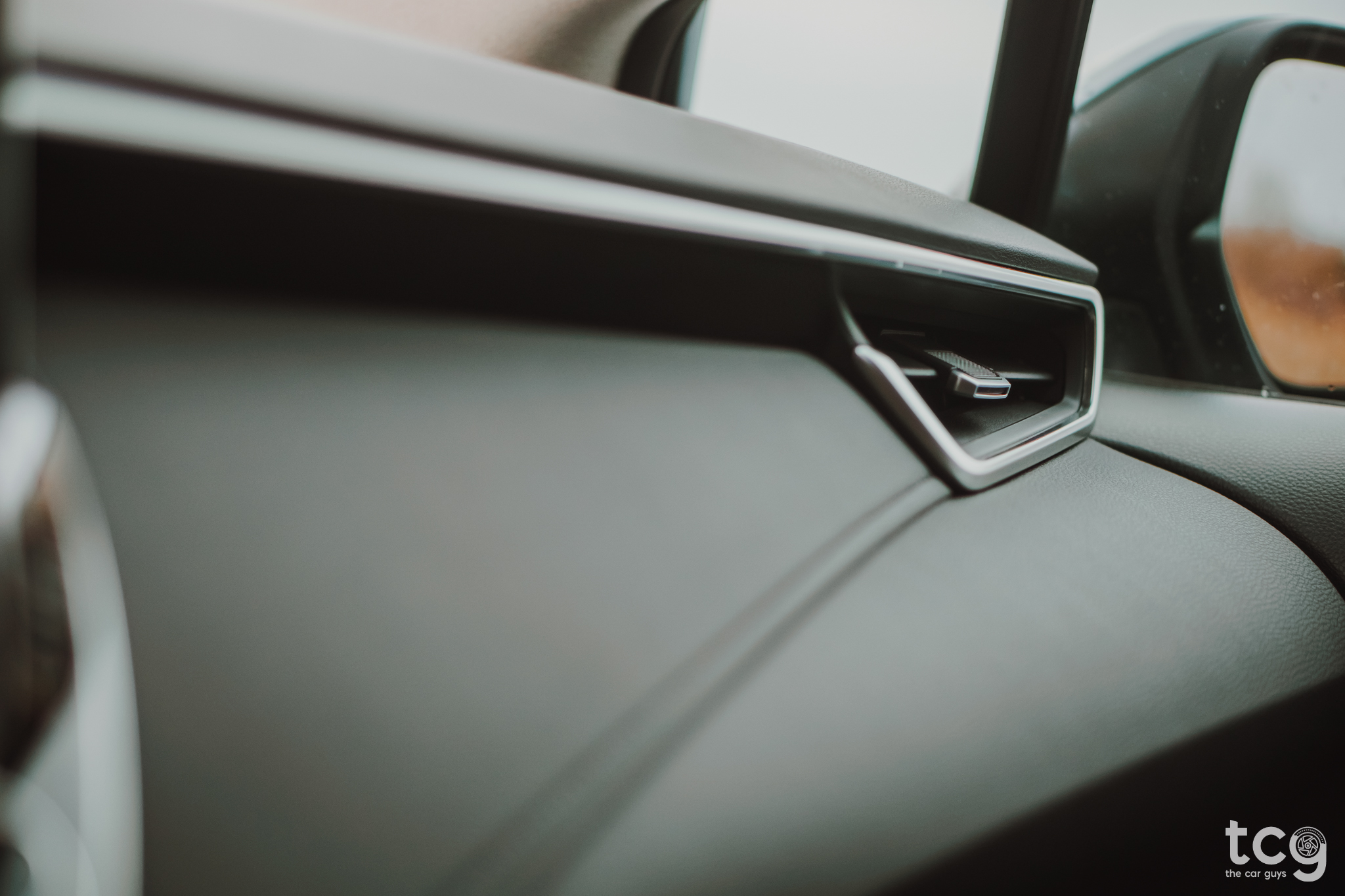 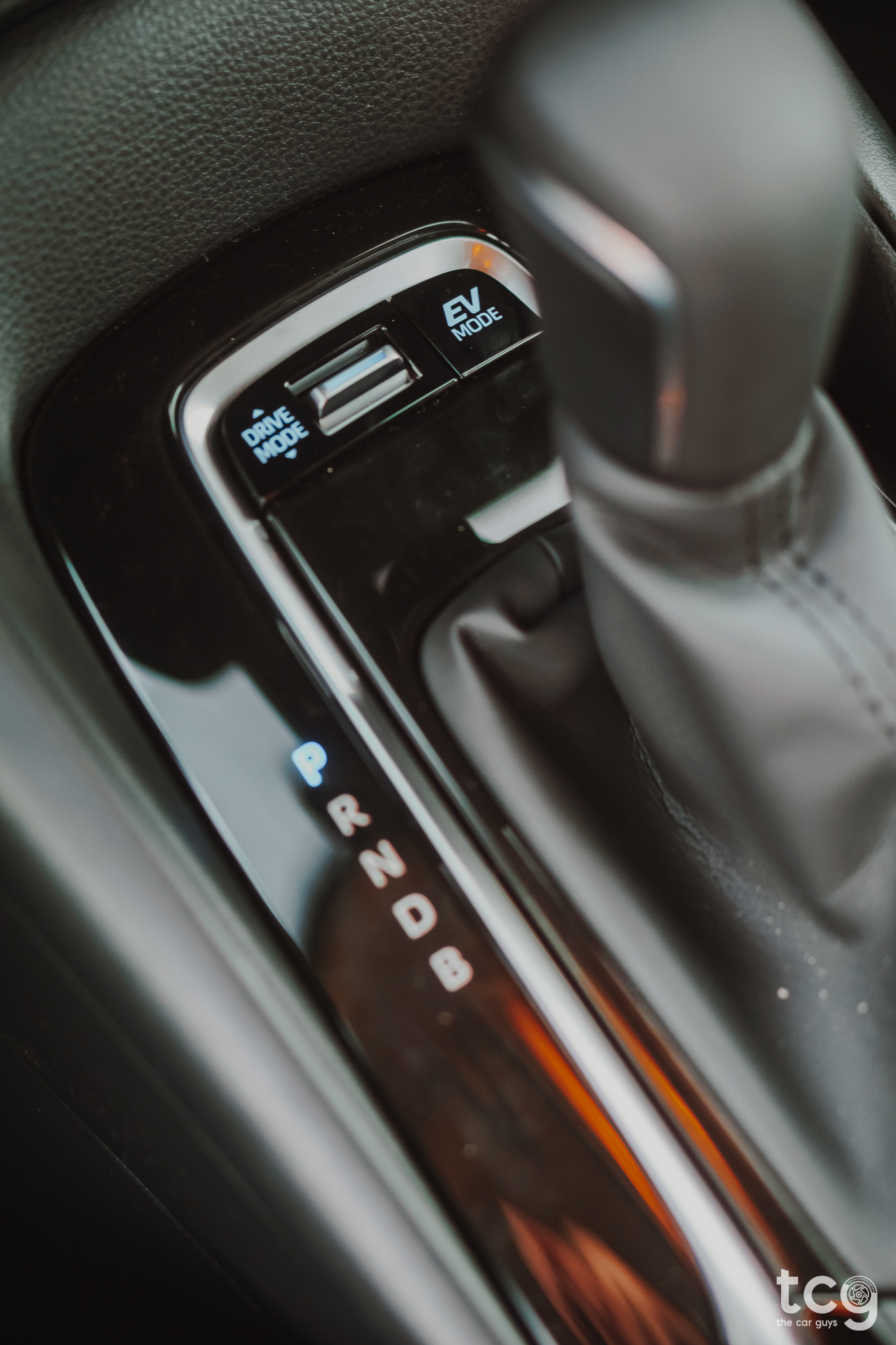 The driving position is spot on and really easy to get comfortable behind the wheel as you can adjust the steering wheel in 4 ways (in, out, up, down). Also, the steering wheel is wrapped in leather, so it feels really good in hand. The car we had came equipped with a digital drivers display that you can use for different menus, like battery charge, where the power to the wheels comes from, fuel consumption and some other vehicle settings. What I really like is that you can change the view type, from an analog-like to a digital where it shows the speed with just numbers, no graphics, and the rest of the info. On each side of the screen you can find the analog rev counter, also the fuel gauge and water temperature gauges. 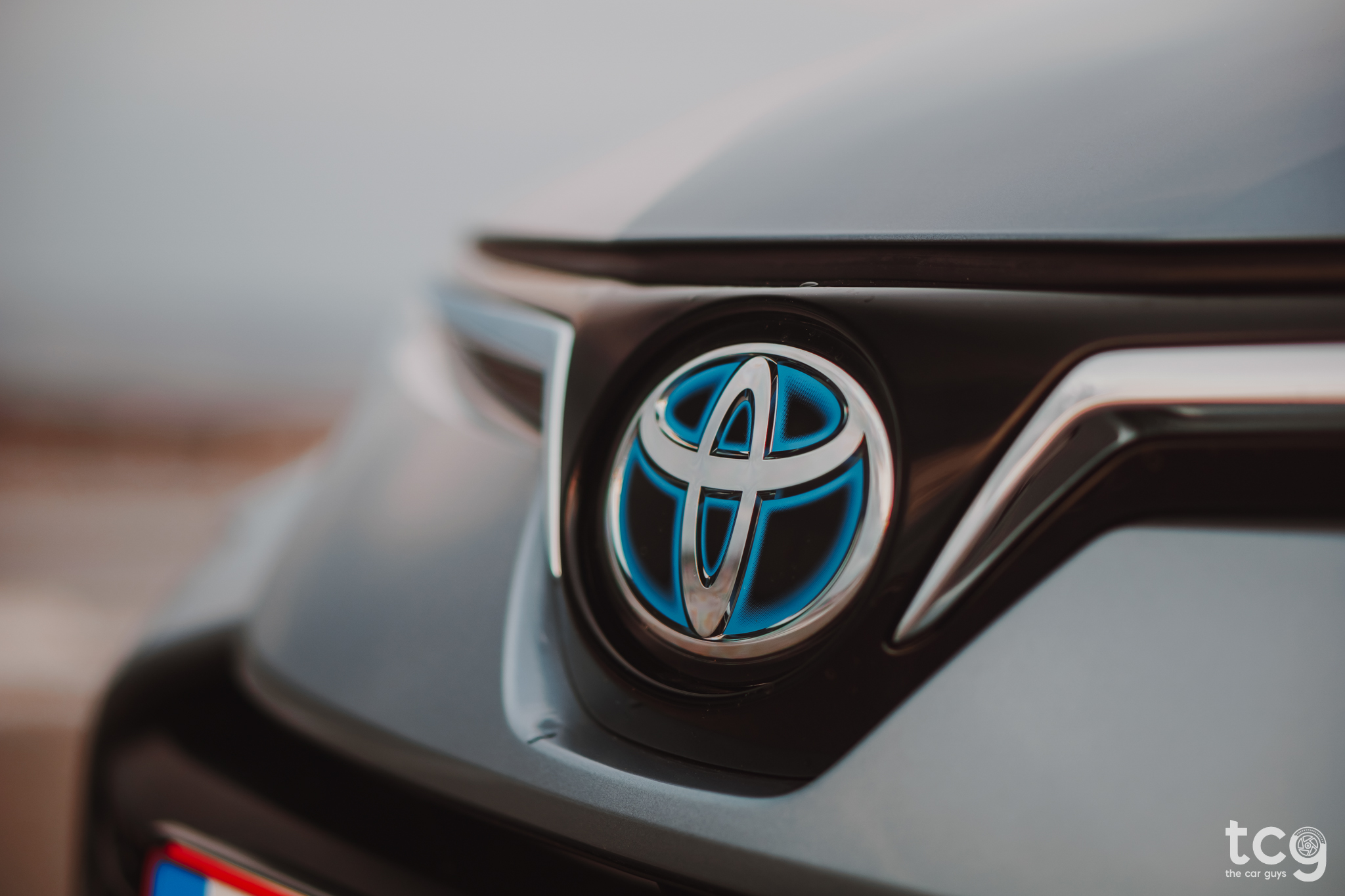 Regarding the infotainment, I felt like Toyota improved it a bit since the last version, but the screen is still quite low res for today’s standards. I mean, in any of its competitiors you can get better screens or overall systems. I like that it has a homepage divided in 3 with access to music, phone and car info, but why did it have a MAP button if the navigation was not an option on this car? Absolutely no idea … 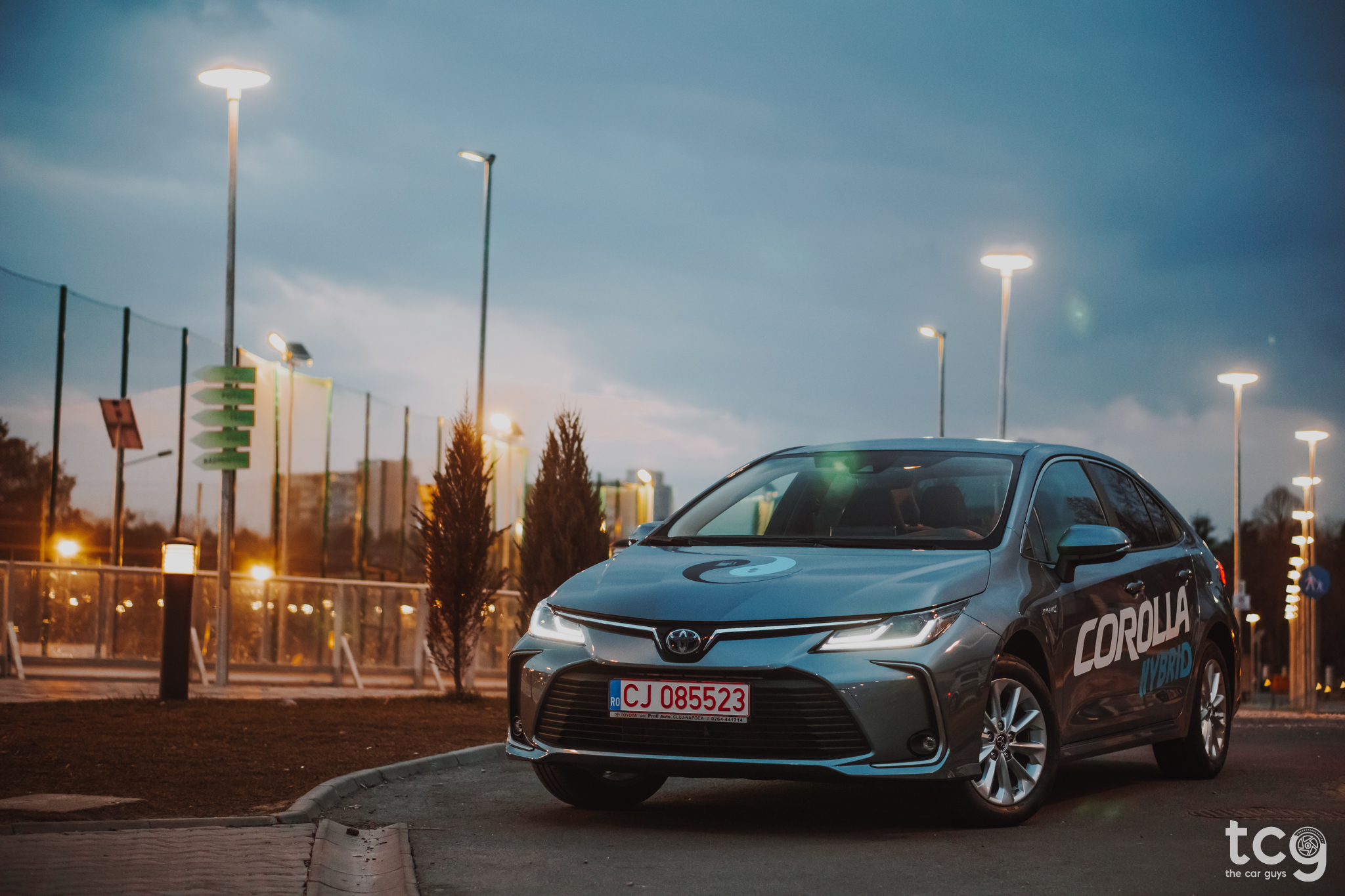 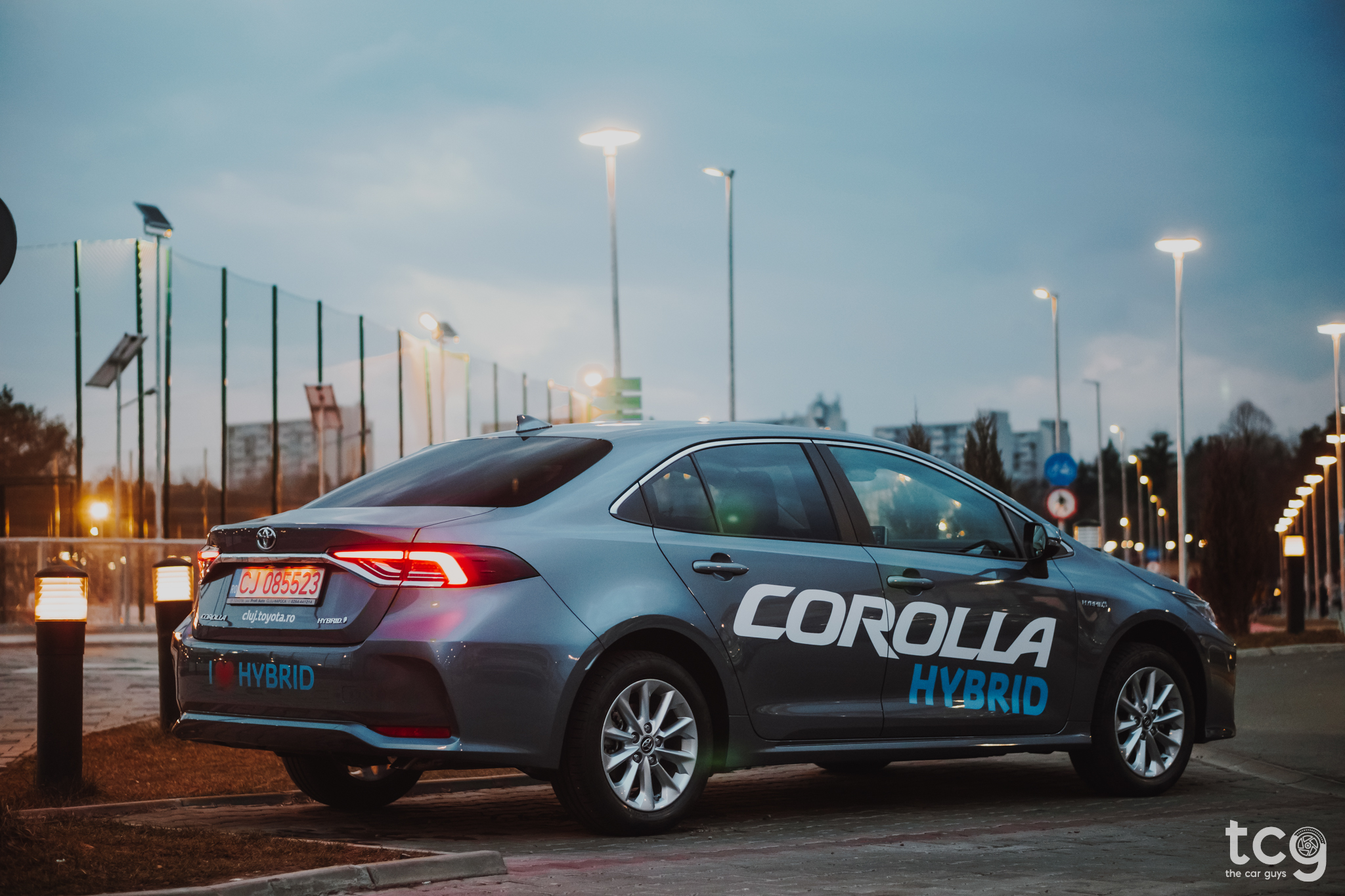 The car that we got to test drive was equipped with the 1.8 Hybrid engine and you should know that it is really good on mileage, but it is slow, especially from start. Once you start moving it goes really well, but it is very noisy once it passes 3000 RPM. That, I did not expect, for it to have such a noisy engine. I really hope that the next Corolla will have this taken care of. 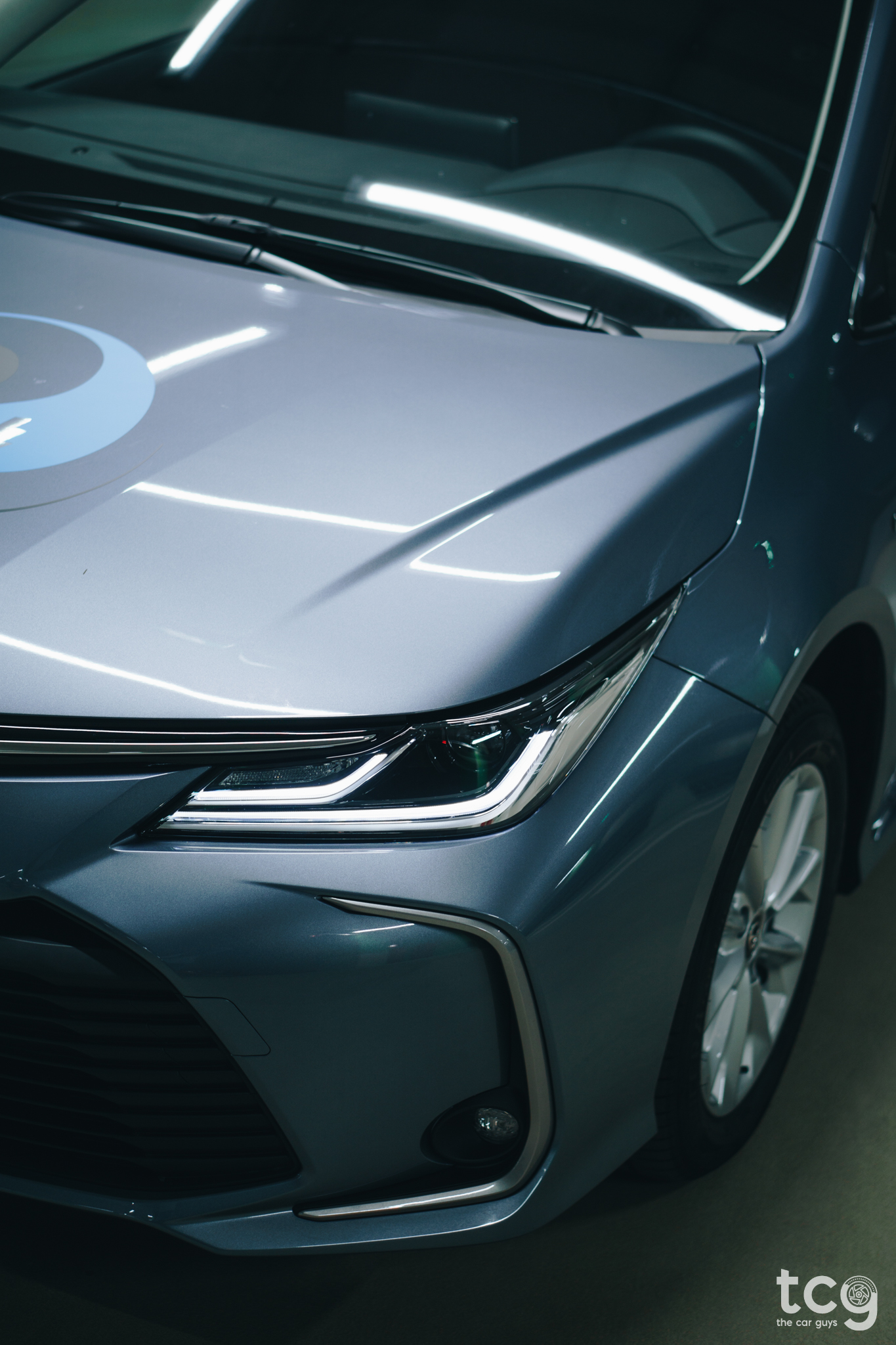 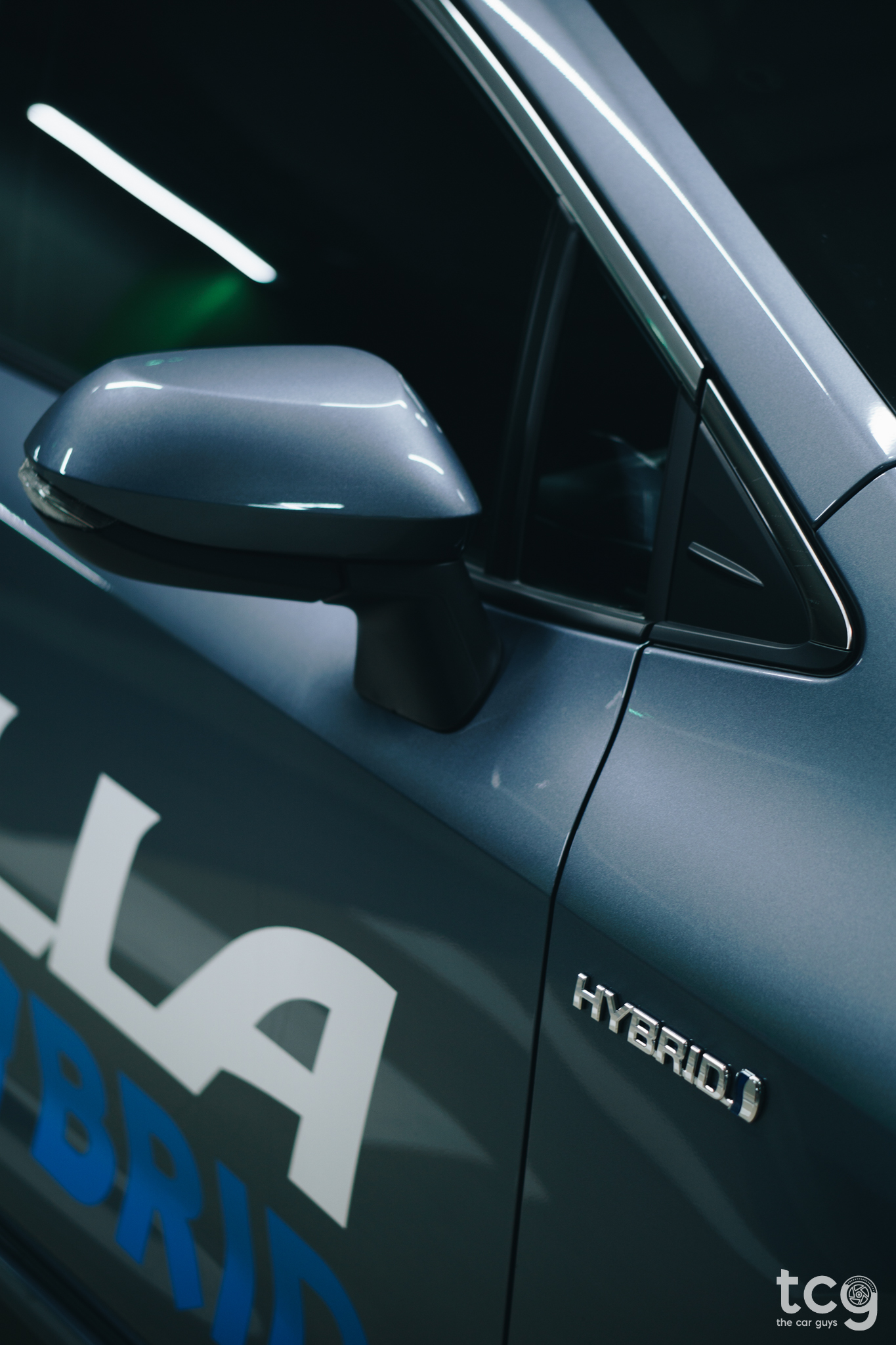 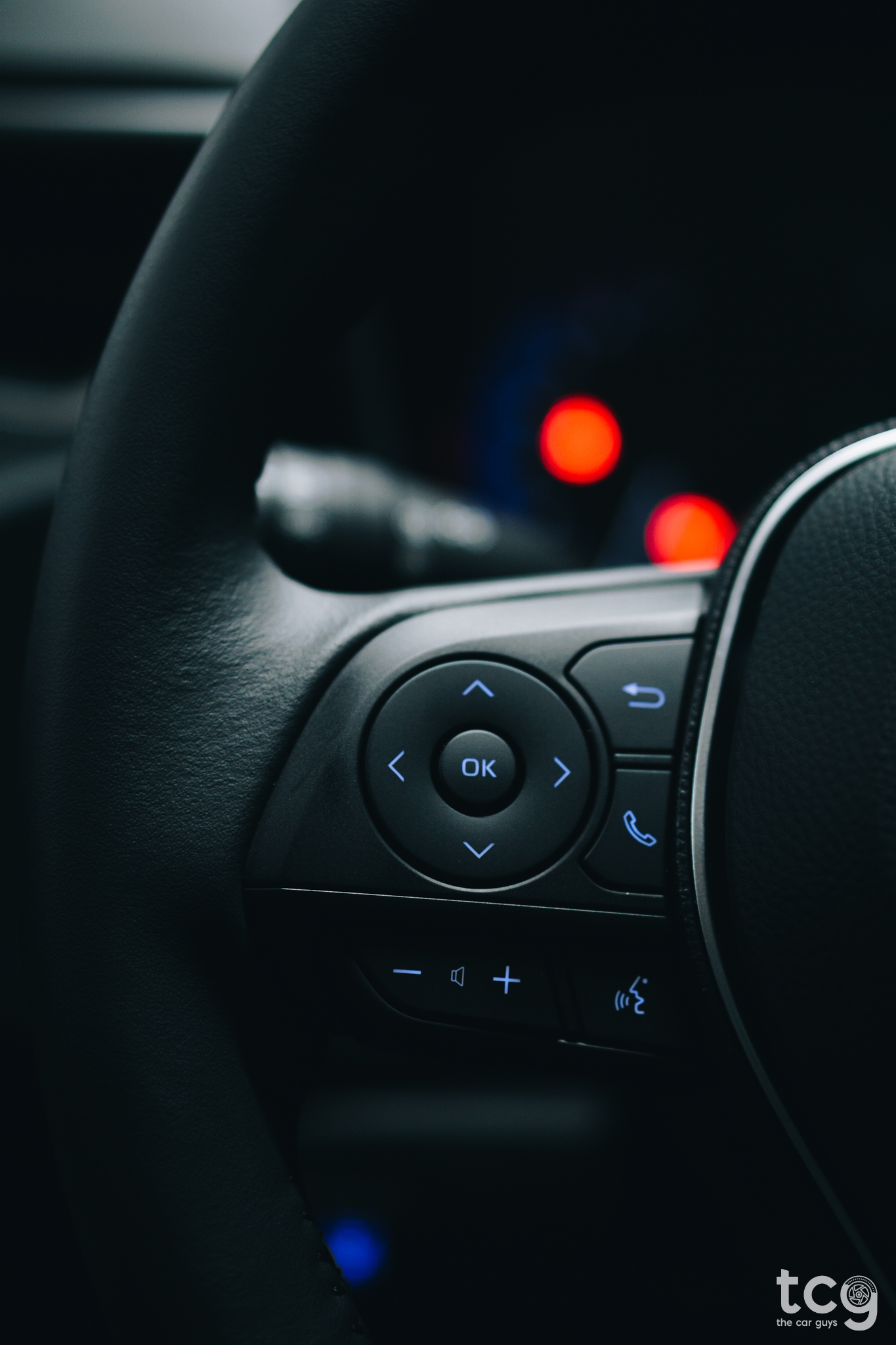 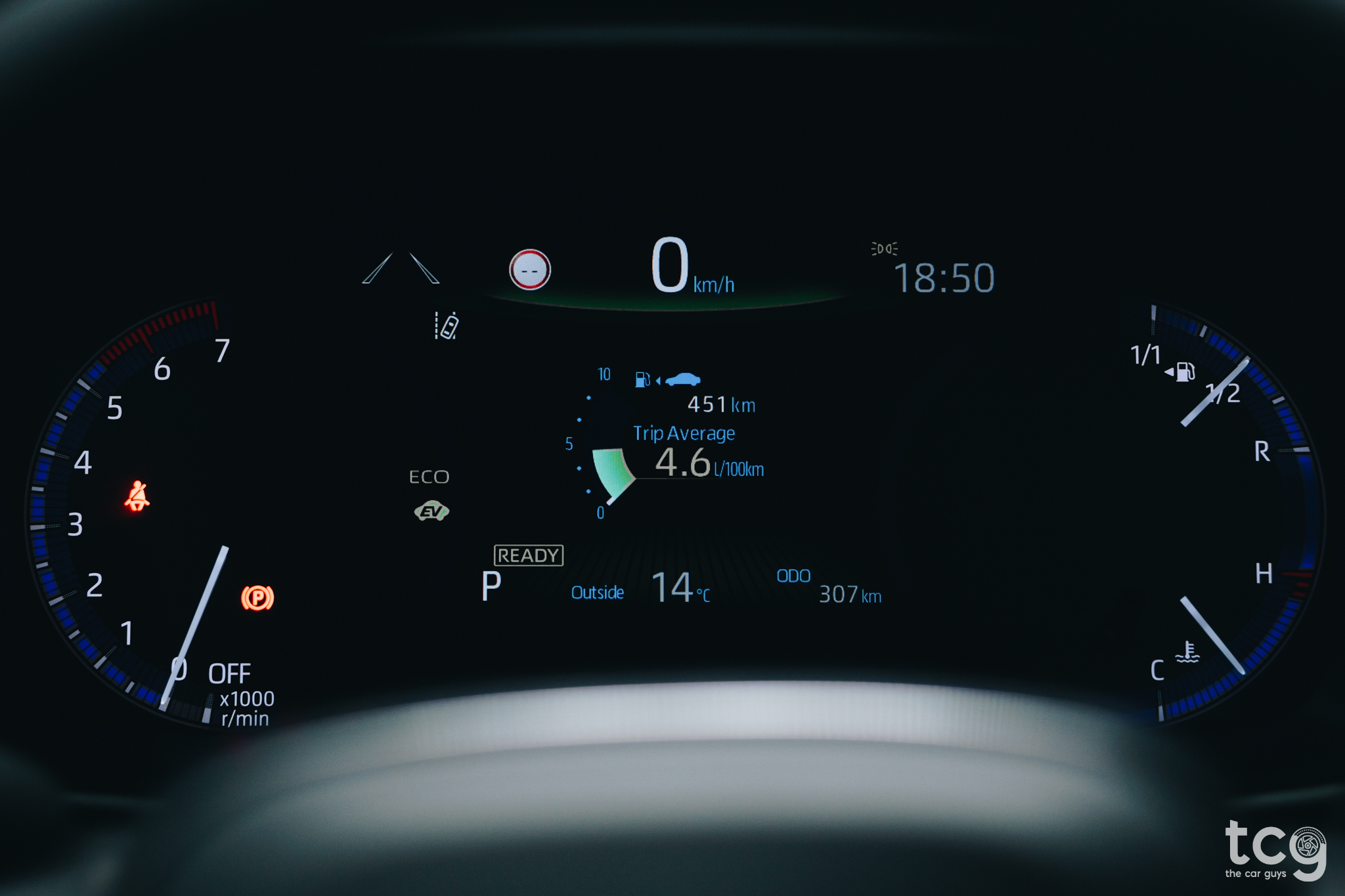 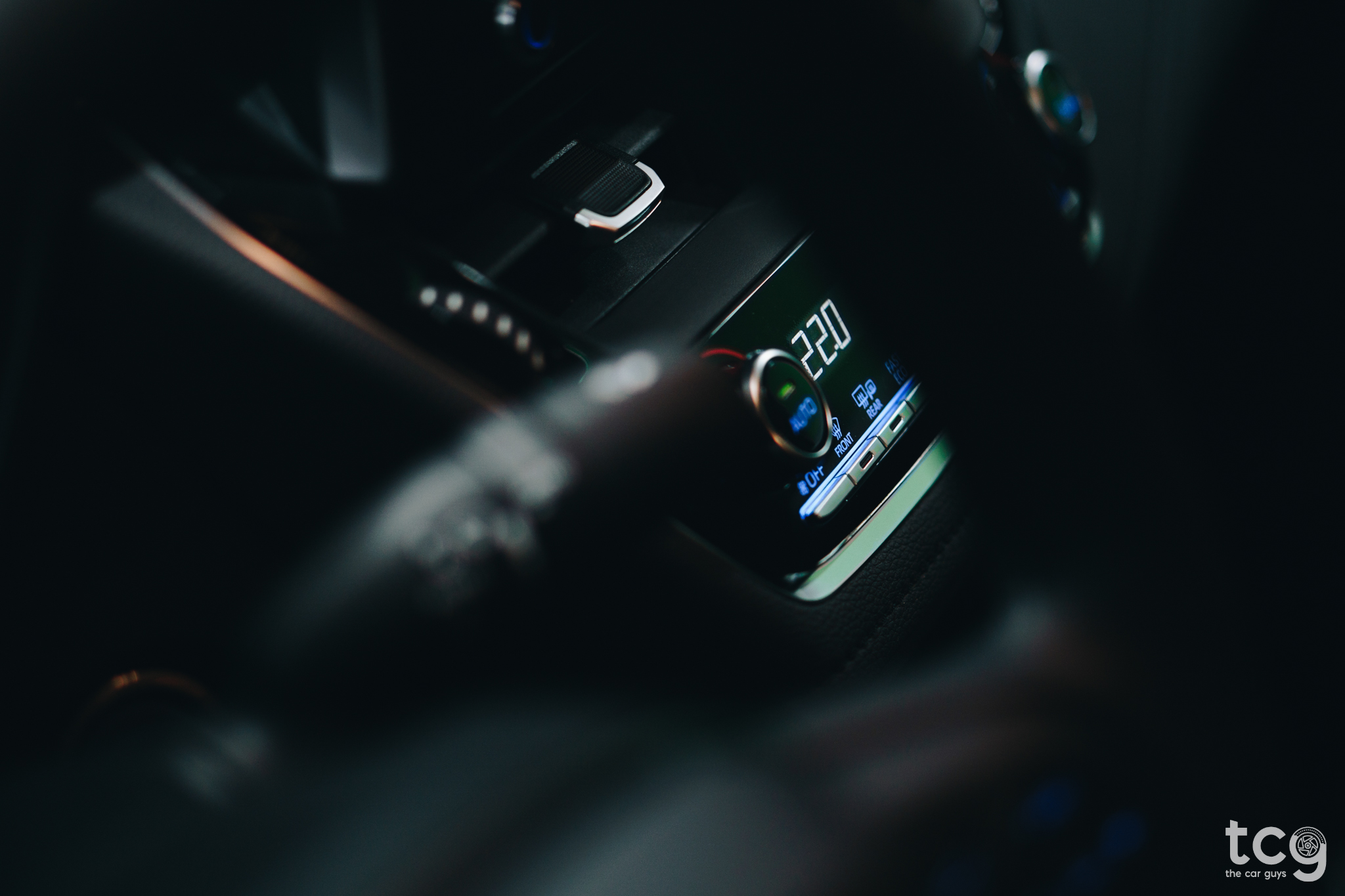 Room in the back is decent, not really suitable to carry 3 adults but 3 children will be fine and the boot has 368 litres of space - which is ok for your day to day use. 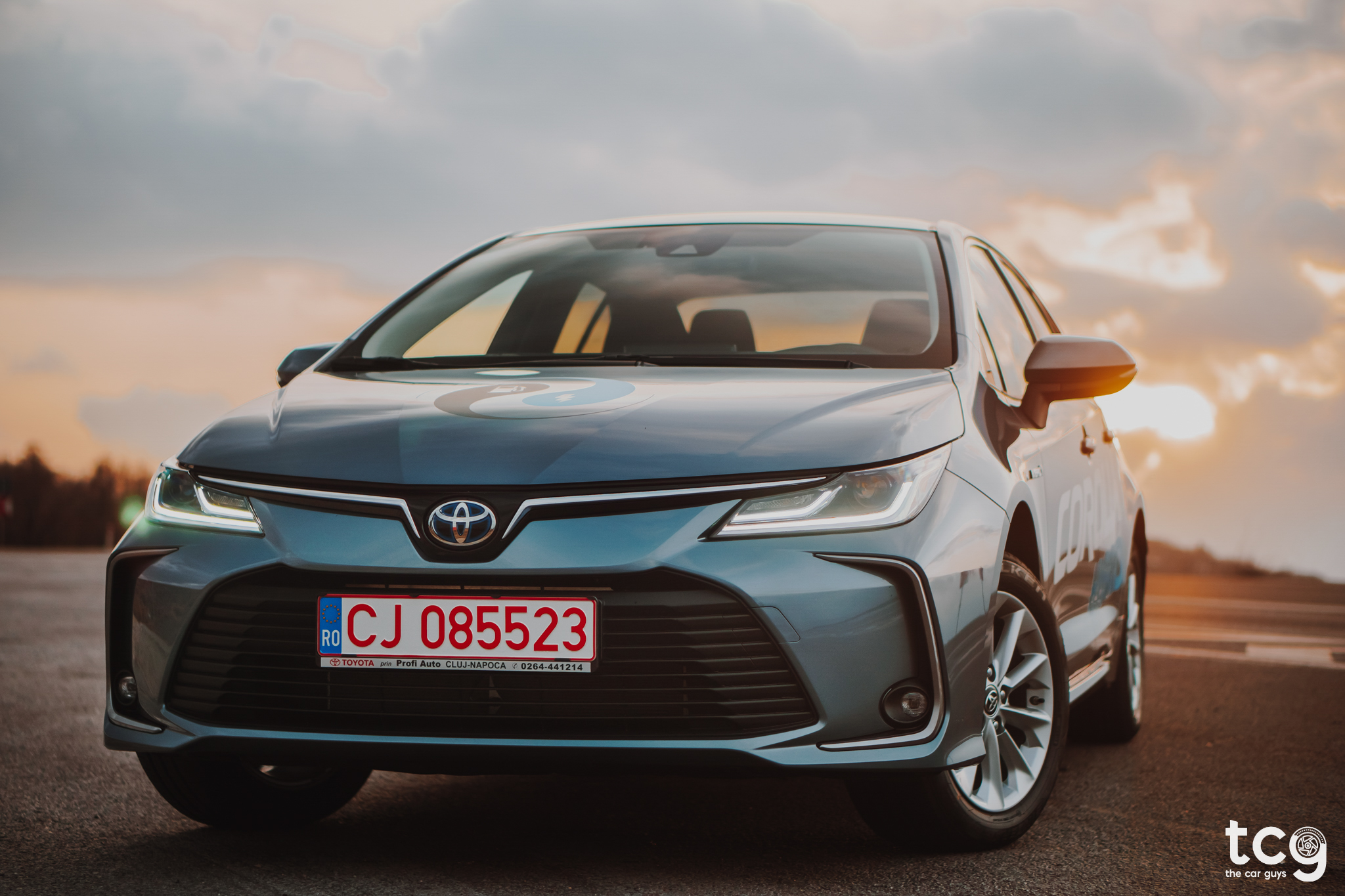 Would I buy this car? The 1.8 Hybrid, not really. Probably the 2.0 Hybrid if it would be a bit more refined than the 1.8 Hybrid. Also, anytime you compare Toyota with any other brand from the competition, Toyota wins the reliability section, so there's some bonus points for them.

Thank you Toyota Cluj for lending us the car, we really appreciate it!